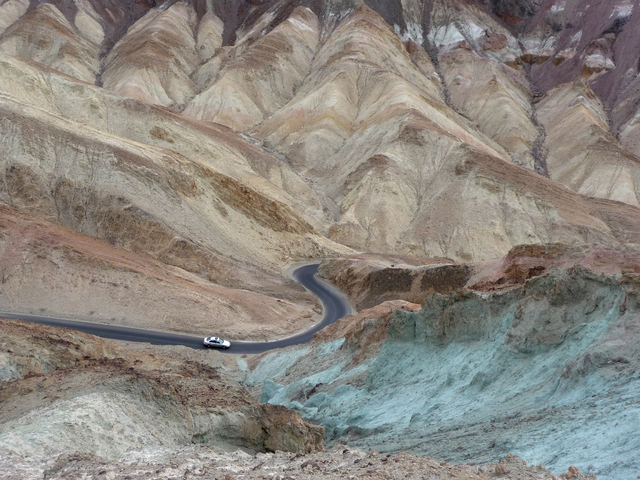 Artists Drive in Death Valley National Park will be shut down until March in order for the National Park Service to repair areas of the attraction. The closure is being carried out to keep the public safe during construction. Special to the Pahrump Valley Times

One of the more popular attractions in Death Valley National Park will be closed through the spring.

Artists Drive will be shut down until March for the National Park Service to repair areas of the attraction. The closure is being carried out to keep the public safe during construction.

Artists Palette, Artists Drive and a half-mile on both sides of Artists Drive will be closed to all public entry, including pedestrians, from Jan. 9 through March 15.

“We considered allowing the public to hike into Artists Palette,” said Abby Wines, park spokesperson. “But the terrain in that area is so rough. Hikers would likely end up walking adjacent to the road, where they could get hit by equipment coming around blind curves.”

The area is a popular draw due to its green, blue and mauve colors, which are caused by weathering of volcanic rock and ash. Artists Drive is a one-lane, nine-mile scenic loop road.

As several other areas of the park were, Artists Drive was damaged by flash floods in October 2015. National Park Service road crews removed debris and made temporary repairs to reopen the road a few weeks later.

Also, Harmony Borax Works, the site of 1880s mining, will also be closed for a week or two early this year.

The dates of this closure have not been set as of yet. This closure will allow repairs and repaving of the interpretive trail.