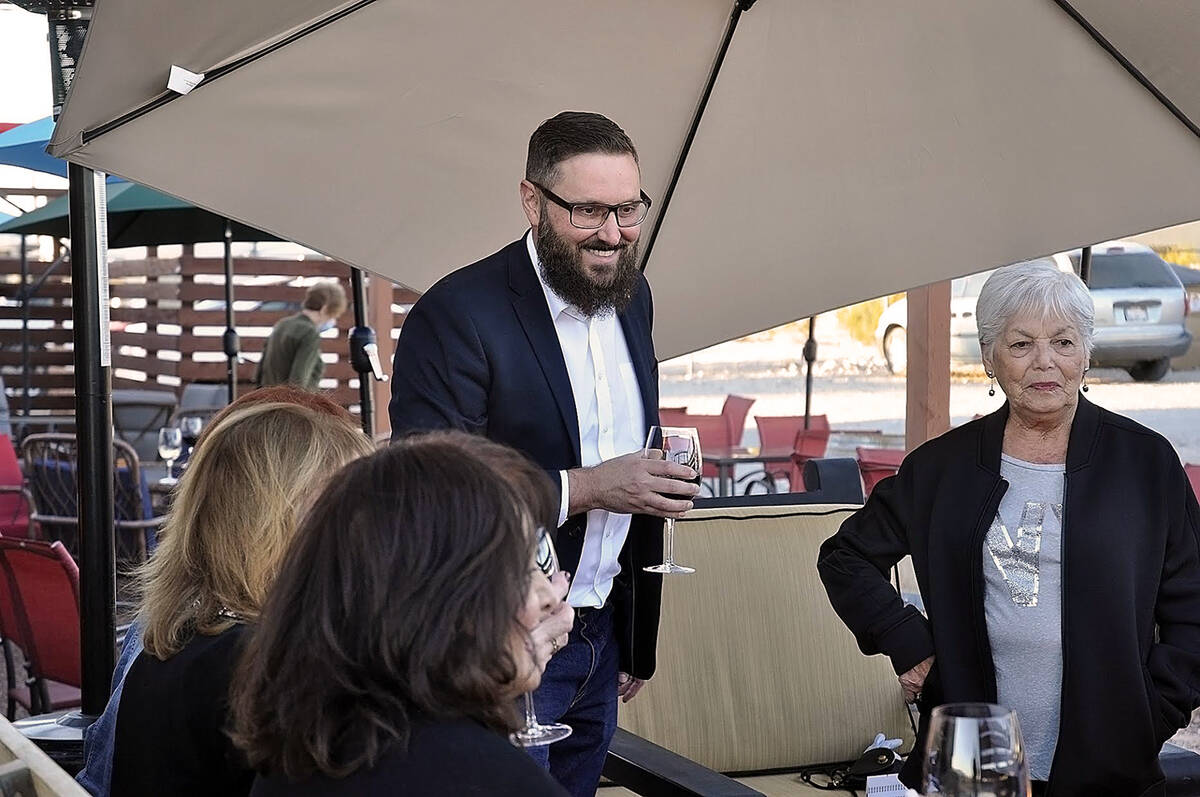 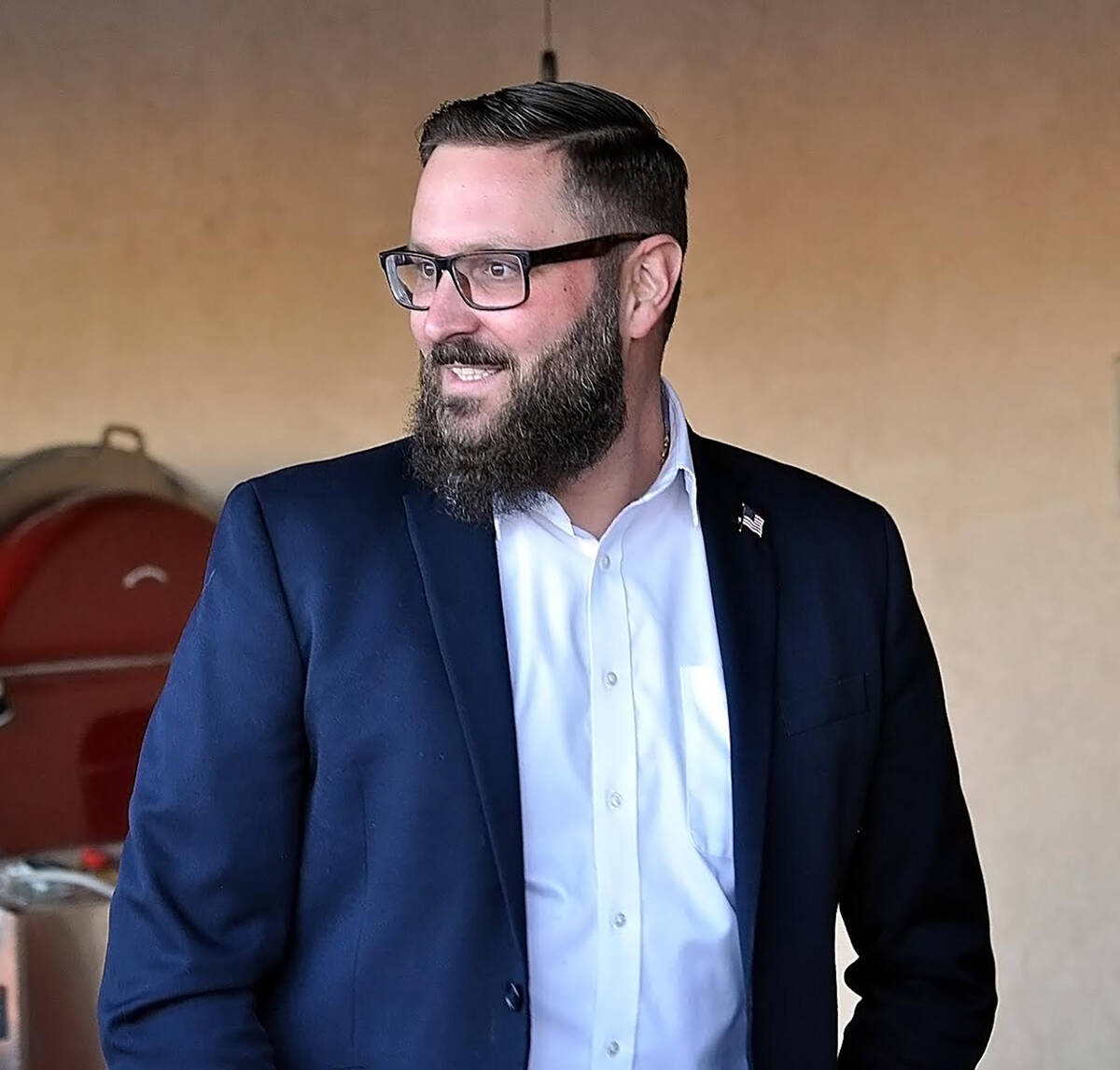 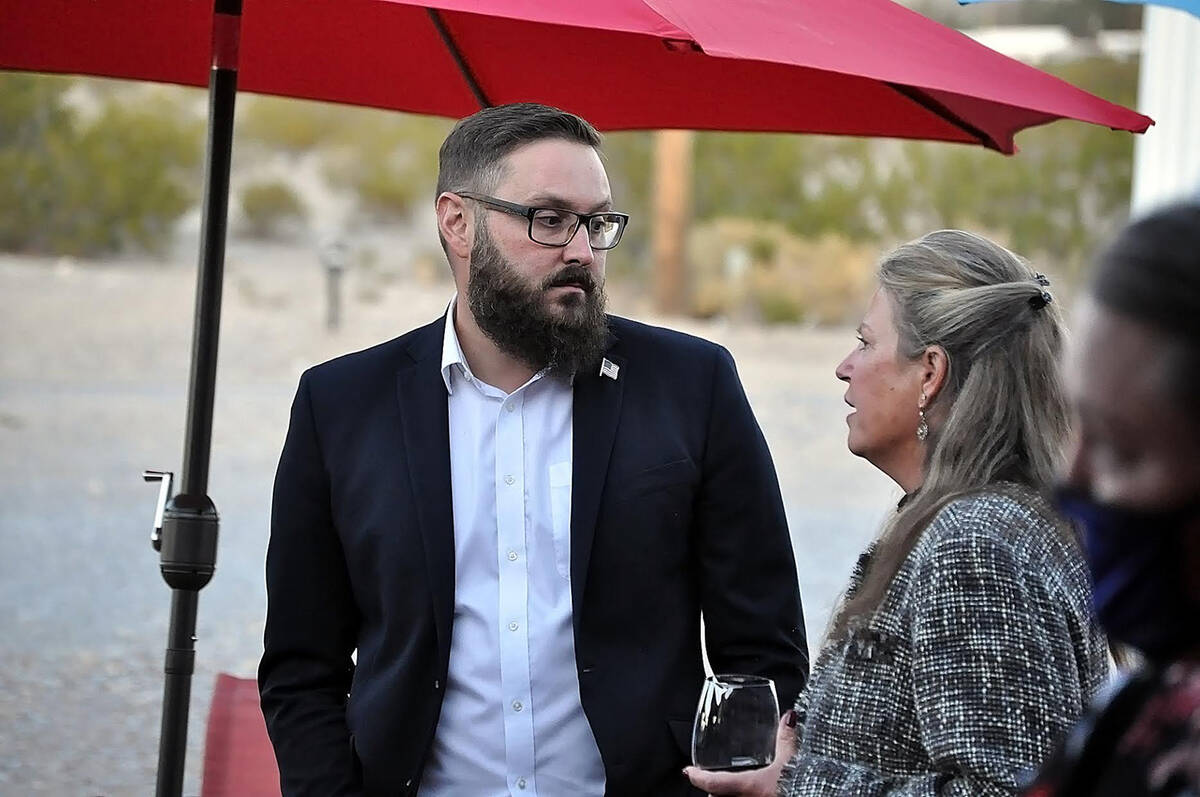 Horace Langford Jr./Pahrump Valley Times Nevada Assemblyman Greg Hafen II was appointed to that position in late 2018 following the death of Dennis Hof and he was officially elected to the post by the people of district 36 in 2020. In 2022, Hafen will once again run for the Nevada Assembly.

With the 2022 primaries just eight months away and the general election to take place roughly one year from now, political hopefuls and elected officials aiming for another term in office are already gearing up for their election campaigns, including Nevada Assemblyman Greg Hafen II.

Hafen, who will be seeking his third term as a Nevada lawmaker, hosted his own campaign kickoff event this month in Pahrump, inviting locals to head out to the Artesian Cellars for an evening of political discourse and camaraderie as he readies himself for the coming election cycle. Hafen is a Nevadan born and bred, the fifth generation of his family to call the Silver State home and he said he is looking forward to earning himself another two years in the Nevada Legislature, where he hopes to tackle a wide array of issues.

The Hafen re-election campaign kickoff took place on Tuesday, Oct. 19 with dozens of people turning out to show their support. When asked to describe how things went overall, Hafen summed up the event in a few short, simple words, telling the Pahrump Valley Times, “The campaign kickoff went great!”

He said there were about 70 people who spent the evening with him at the Artesian Cellars, enjoying food, wine and the company’s special root beer and he was pleased with the results of his kickoff event. Hafen’s grandfather, Tim, had the honor of introducing his grandson that evening and Hafen said he gave a wonderful and moving speech. Hafen himself then took to the spotlight, offering his thoughts on a number of subjects of interest to voters.

“I spoke about how it is an honor to serve Nevadans as the Assistant Minority Whip in the Nevada Assembly, and about how this last legislative session was the most partisan, anti-business, anti-healthcare session in the last decade,” Hafen detailed. “I also spoke about my A rating, with a 94% score, from the conservative think-tank NPRI, otherwise known as the Nevada Policy Research Institute, as well as the fact that I earned an A+ rating and an endorsement from the NRA (National Rifle Association) last cycle. I was also endorsed by the Right to Life organization. I discussed how I fought for law enforcement and Back the Blue, and about how the Republicans prevented vaccine passports.”

As for what Hafen wants to focus on if he does indeed make it back to the Legislature in 2023, he said he would continue to center his efforts on topics that are near and dear to his heart, as well as to the hearts of Republicans and other conservative-minded voters in Assembly District 36. “I plan to continue to work on expanding health care in all of Nevada, especially the rural parts,” Hafen stated. “As well as protecting the Second Amendment, continuing to support our veterans, fighting to lower taxes, continuing to support school choice and fighting for small businesses.”

Those interested in learning more about Hafen’s re-election bid can visit www.Hafen4Nevada.com