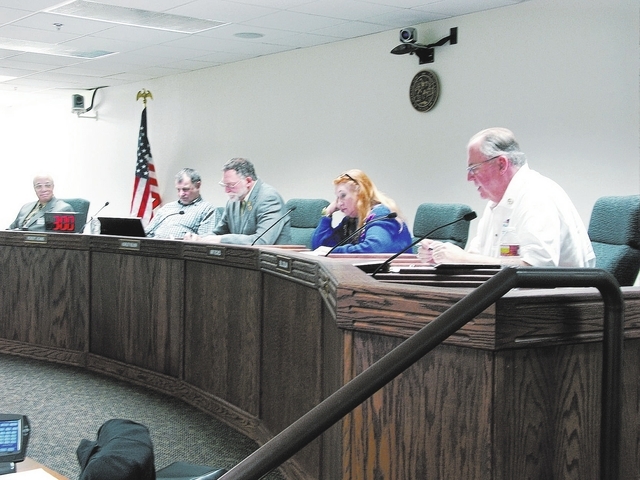 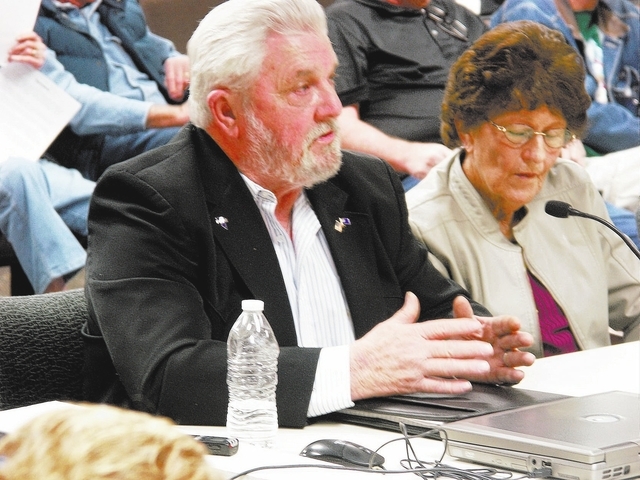 Town attorney Bret Meich disclosed in no uncertain terms on Tuesday evening that the Town of Pahrump has no legal authority to annex or de-annex property.

Richards, owner of the Kingdom Gentleman’s Club at Homestead and Hwy 160, in return agreed to close down the club and pursue another venture near two brothels located on the outskirts of Pahrump.

During public comment, Hollis who is representing Richards, told the board that he believes there was an ordinance that spoke to amending boundaries within the unincorporated Town of Pahrump.

“What I am asking the board members is who did the ‘on the ground’ survey for this annexation. The law is clear in the NRS that you can’t just take a map and draw the boundaries. You have to do an on the ground survey showing plains, elevations and so forth,” Hollis inquired.

The former commissioner was referring to resolution 2001-08, which in part states, “Nevada Revised Statutes require acceptance of the annexed properties by the Town Board of the unincorporated Town of Pahrump, or the Board of Nye County Commissioners,” the resolution read.

Additionally, the resolution specifically cited the area on south Homestead where the property under scrutiny is located.

Regardless, Meich told the board that taking action on the proposed agreement would open the town up for possible legal action from the owners of the Chicken Ranch and Sheri’s Ranch, which are both brothels adjacent to the 10 acres of property owned by Richards.

“The law is pretty clear that an ordinance is necessary to annex property. We can certainly review past ordinances to see if an ordinance was passed amending the boundaries of the town annexing property,” he said.

Meich went on to say that state lawmakers on more than one occasion have changed similar resolutions in the past.

In other town business, board members approved the replacement of equipment used during emergency responses by Pahrump Valley Fire and Rescue crews.

During a previous meeting the board approved a Request For Proposal (RFP) for four monitor defibrillators and two semi-automatic AED (Automated External Defibrillators) at a cost not to exceed $110,000.

An unexpected hike in the costs prompted the need to approach the board again for approval on the revised costs.

The board voted unanimously to award the RFP to Enerspect Medical Solutions based in Henderson at a cost not to exceed $120,991.50.

The devices are used in the event of sudden cardiac arrest.

“It sets a new record with the organization and I just want to say the crews did an outstanding job,” Lewis said.