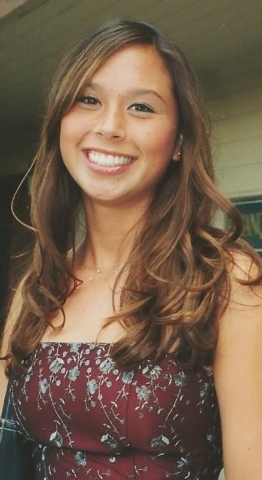 What caused the death of the California woman whose body was discovered on the edge of town may never be known, but foul play is not suspected.

The decomposing body of Margay Kim Edwards was found Sept. 25, but after autopsies by the Clark County Coroner’s Office and the University of North Texas, the death has been classified as undetermined with no criminal involvement, according to a report released this week by the Nye County sheriff’s office.

Both autopsies from the Clark County coroner’s office and (North Texas) proved no signs of any criminality were present, whatever caused the 27 year old to collapse and die where she was found could not be positively determined.” North Texas is Clark County’s forensic anthropology consultants.

The body of Edwards was found by ATV riders a quarter-mile into the desert on the south-end of town east of Hafen Ranch Road, approximately three-fourths of a mile south of Indian Reservation Road, according to the report.

Las Vegas Metro Air was requested and conducted an air search for her vehicle without results. Edwards’ rental car was found Oct. 4, in a ravine partially hidden by brush a few miles from where her body was found. The car had a flat tire and bumper damage and two cellphones and a computer inside. Footprints in Edwards’ shoe size were found leading away from the vehicle.

“Upon arriving on scene it was apparent that the vehicle became disabled because the driver went off of passable desert ground into a ravine and collided with rocks and the ravine wall which disabled the vehicle,” the police report said. “The vehicle was locked with Margay Edwards’ property inside, including clothing, purse which contained (two) cellular phones and a MacBook Pro laptop computer. No signs of foul play were discovered at that time and the only one set of footprints in the area were discovered in searching the area around the vehicle and desert.”

The footprints were in the direction of where Edwards was found, according to the report.

After obtaining a search warrant, further examination of the items of clothing and all other items impounded from the vehicle revealed there were no signs of foul play.

Sheriff Tony DeMeo told The Tribune in Edwards’ hometown of San Luis Obispo, California, that the Nevada attorney general’s office is reviewing the recovered cellphone and laptop to try and narrow the time of death. The case will be officially closed once those results are in, he said.

According to the report, Edwards had been known to frequent the area where she was found and was the subject of a call for service about one-and-a-half miles from where her body was discovered. Police said “Edwards was last seen near the dry lake bed (north of where the body was found) Sept. 14 by two citizens from information that has come to our attention during an interview of the two citizens.”

Edwards was fine, not in any distress in the rental vehicle she was driving, that is the last contact that can be reported, according to the report.

Her father, Jeff Edwards, told the Times in October his daughter traveled to Pahrump from southern California on Sept. 12 to visit friends in Pahrump. Edwards said his family last heard from their daughter Sept. 14, just after 8:30 a.m., when she called her parents from Pahrump.

Edwards’ body was released to her family Dec. 9.

The latest report comes two months after the Clark County coroner’s office said it could not determine a cause and manner of death. Sheriff’s Detective Joe McGill, who led the investigation and kept in contact with the Edwards family, said at that time that foul play remained a possibility, but that investigators were leaning away from her death being a homicide.

Jeff Edwards told The Tribune that although the family may never know what caused her death, they were grateful for the diligence of the Nye County Sheriff’s Office.

“While we were all interested in the results of the work being done through the investigation, I’m not sure any result was going to bring a sense of closure,” Jeff Edwards told The Tribune. “While we appreciate their efforts, it’s just something that’s not going to change the fact that Margay’s not coming home.”

The discovery of the body gained national attention, including two segments on CNN’s “Nancy Grace.”