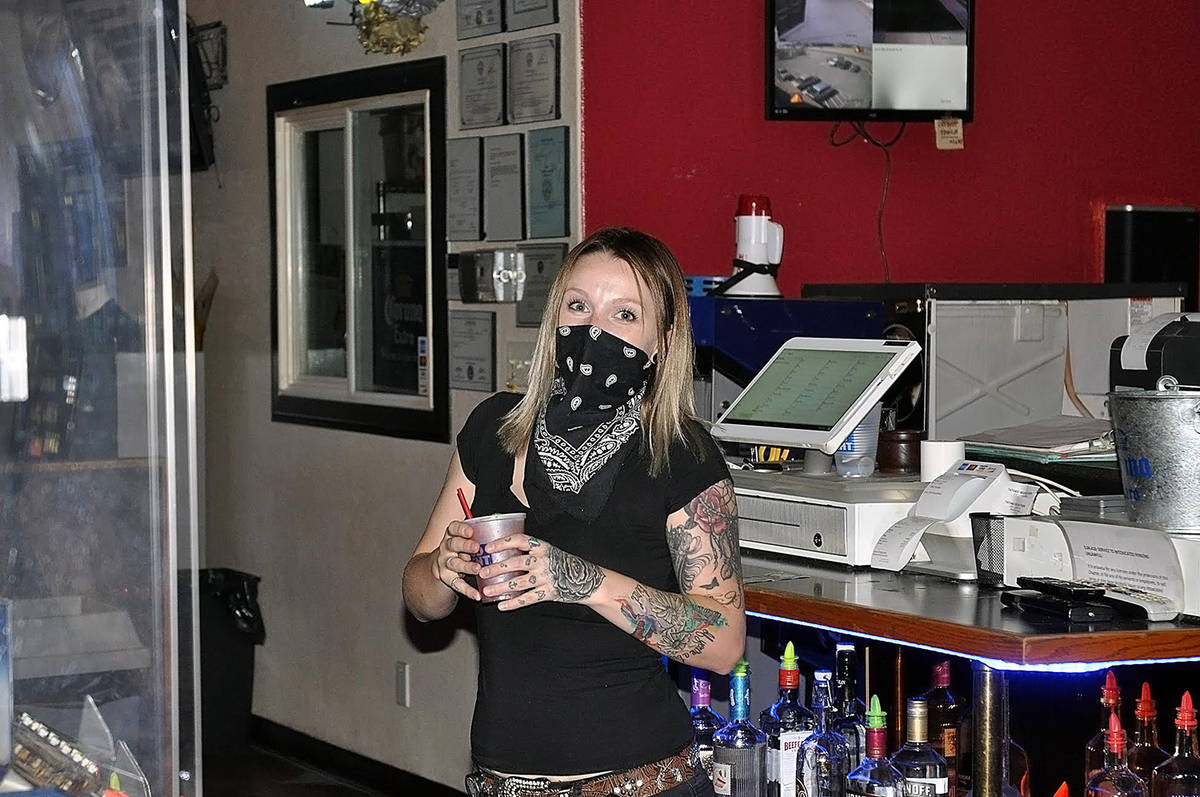 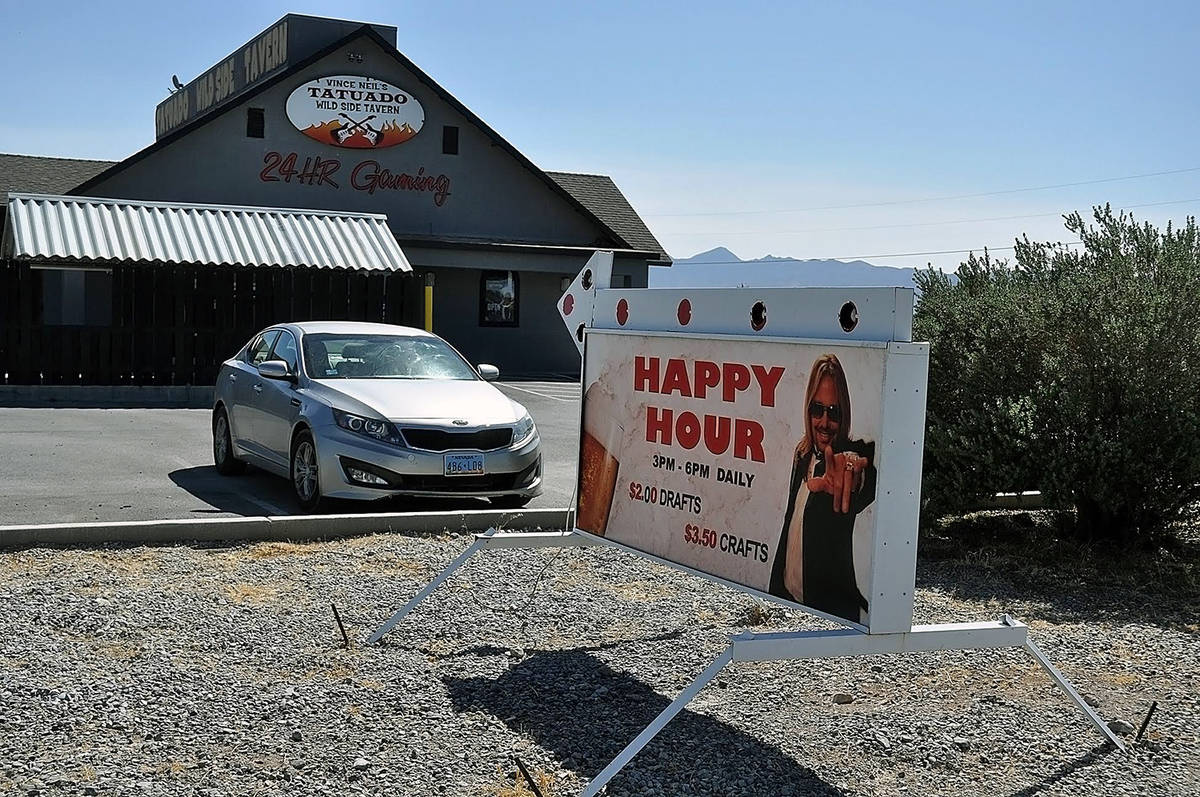 Horace Langford Jr./Pahrump Valley Times Vince Neil's Tatuado Wild Side Tavern was one of the area bars impacted by the state's order for all bars to close their bar tops. 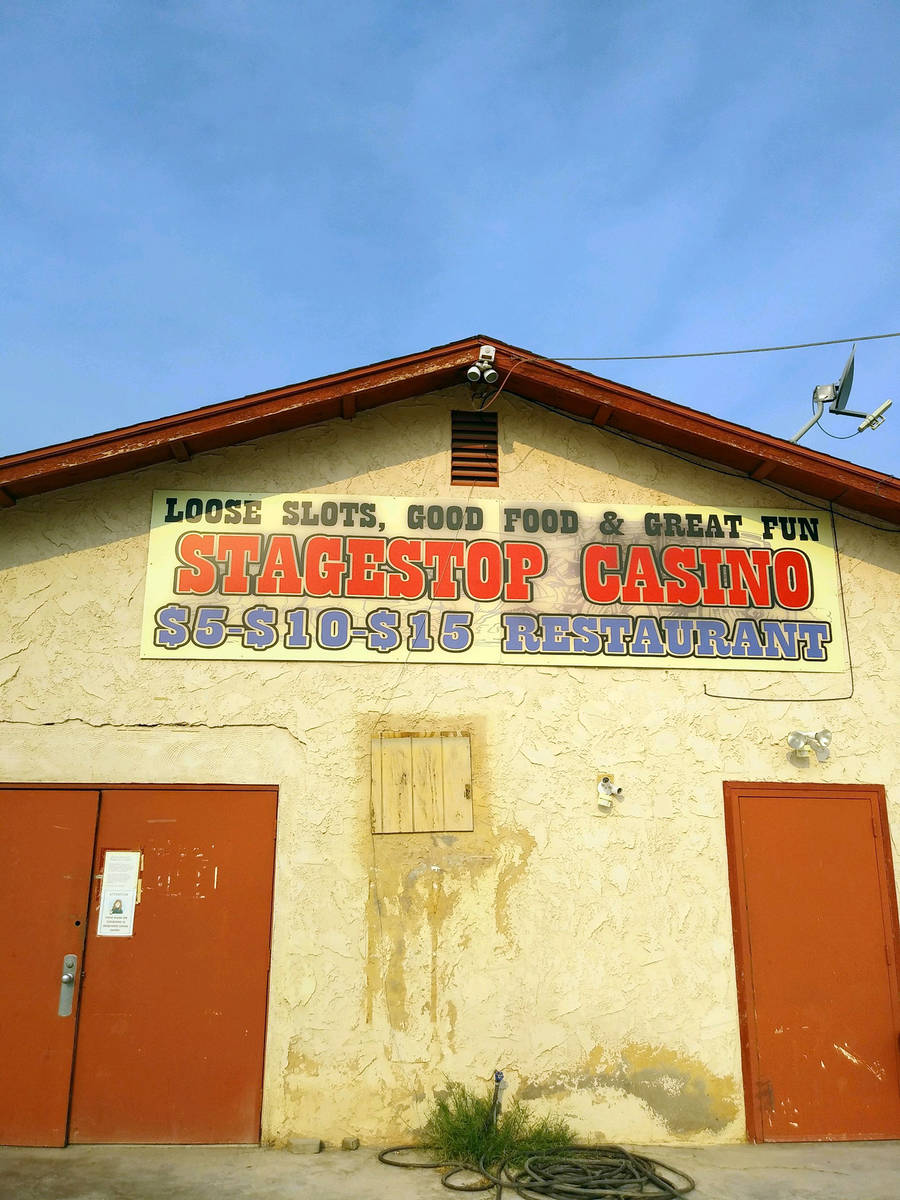 Special to the Pahrump Valley Times Stage Stop Casino owner Shawn Holmes said his establishment, which is attached to a restaurant, was able to weather the recent bar closures better than most other area bars and as a slot route operator, he was able to see firsthand how hard those closures were for many.

The state of Nevada’s COVID-19 Mitigation and Management Task Force has finally given the OK for all liquor establishments in Pahrump, including bars, taverns and wineries, to reopen and resume bar-top and drink-only service, as well as bar-top gaming.

The decision was made during the state task force’s Thursday, Sept. 10 meeting and was prompted by the fact that Nye County no longer meets two out of three of the “elevated risk of transmission” criteria laid down for expanded mitigation measures.

The action comes as a huge relief to local bar owners and employees, many of whom became increasingly more vocal as time went on and the liquor establishments that did not hold a food service license were forced to remain closed. Even those that do serve food and were able to continue operating experienced a definite dip in business, as they were compelled to close their bar tops, both for drink service and for gaming, and were prohibited from drink-only service. Now, however, all bars in the Pahrump Valley are able to get back to some semblance of normal, although they must still follow mask and social distancing requirements.

Following a very busy post-reopening weekend, the Pahrump Valley Times reached out to several area bars for comment on the impact the closures have had and, of course, on how they feel being allowed to resume bar-top service and bar-top gaming.

Mary Richards and Dennis Chizma, owners of The Hubb Bar and Grill on the western side of the valley, offered comment, telling the Times that they were very happy to know that all bars were able to reopen but they and many others like them were still dealing with the repercussions of the closures that were put in place in both in March and in early July.

“Dennis and I, as owners of The Hubb Bar and Grill, are both supportive of all businesses’ rights to be reopening responsibly at this time. We have been fortunate to be able to be open for much of the time during closures, but The Hubb was also forced to close down for eight weeks initially and then again for two more weeks during the confusion over food licenses,” Richards told the Pahrump Valley Times. “It has been and continues to be a difficult time for all businesses with so much uncertainty, reduced or non-existent income available, all the while that bills and expenses continue to require to be paid. We are still trying to catch up.

“The bar-top shutdown continues to be a sore spot,” Richards continued. “Income/rent from gaming machines ceased to be paid during the closures, but mortgages and insurance bills, utilities and all licenses were still required to be paid by business owners during this time. So many businesses, including The Hubb, were hurt on both sides of the equation. We both feel that all businesses should be given the opportunity to reopen while providing a safe venue for the customers that choose to support them.”

Shawn Holmes has a somewhat unique perspective on the situation with the bar closures as he is not only the owner and operator of two local bar establishments, he also runs a slot route and therefore, he’s been able to see firsthand the impact the closures have had not only on his business but on the businesses of many others. As president of Best Bet Products, Inc., Holmes said he could only hope that future closures do not occur, as he feels this would be the death knell for at least some local bars.

“In addition to owning the Stage Stop and the Grill Room, we also have the largest tavern slot route in the Pahrump area. With the Stage Stop remodel that we did during the first shutdown, Stage Stop, with 30 floor games set six feet apart, was better situated to handle the bar closure,” Holmes stated. “However, the small, independent bars that have been asked to pay nine months of gaming taxes to operate what has equated to four months of operation has been crippling for many. Many of Pahrump’s bars and taverns struggle during good times. I only hope we can stay healthy as a country and as an industry we can move forward with some kind of visibility. I don’t believe many bars could endure future closures.”

Other business owners struggling with the most recent round of bar closures even took action to try to stem the financial hemorrhaging caused by the shutdown.

Tom Laskowski and Deborah Felix, owners of the Phoenix Bar and Grill, did not have to shut their doors completely, as that bar offers food. However, Laskowski and Felix reported that they had gone out and purchased five standalone gaming machines for their establishment in an attempt to make up for the losses created by the restrictions on bar-top gaming.

As for Kelli Sater, owner of the Bearded Lady Saloon, the closures were particularly hard as she did not have a food service license when the bars were ordered to shut down in July. After waiting for weeks for the state to allow non-food-service bars to reopen, Slater decided she could not wait any longer or her business was going to fail. She took to GoFundMe and started a fundraising campaign and just a few days later, she also managed to secure a food service license.

As to Nye County officials’ reaction to the state task force’s decision, there was obviously satisfaction with the ability to reopen but the closures seemed to have left a bitter taste in the mouths of some.

Nye County Commissioner John Koenig has been at the forefront of this issue, attending the weekly meetings of the state’s COVID-19 Mitigation and Management Task Force to continuously request the ability to reopen businesses throughout Nye County. Now that the state has finally given the green light for Pahrump’s bars to resume bar-top service and bar-top gaming, Koenig said he was obviously over the moon with happiness, although he still doesn’t quite understand why bars were the specific target of the second shutdown.

“I am ecstatic that we are finally able to open bars in all of Nye County. Kudos go to Nye County Manager Tim Sutton and Emergency Management Services Director Scott Lewis,” Koenig stated. “Their hard work, along with my relentless comments to the governor’s task force and the governor himself have succeeded in making that happen.”

Koenig said the county is no longer in the red zone when it comes to the case rate over the past 30 days or the 14-day test positivity rate, although it is still in the red in terms of number of tests performed per day, something he believes that Nye County is not likely to ever remedy.

“My question to the task force was, how do I get people to want to be tested?” Koenig said. “Nobody can answer that question, and other jurisdictions are having similar problems.” Koenig said another question that continues to bother him is that of, why were bars targeted by the second closure? “As I have mentioned to them many times, there seems to be no correlation between bars and COVID-19,” he declared. Despite those points of frustration however, Koenig said he was pleased that the task force finally acquiesced to the county’s request to allow Pahrump bars to reopen. “So bars are open, people are back to work, owners are making money so I am happy,” he concluded.

Nye County Commissioner Leo Blundo has also been very vocal about his take on the closures, not just recently but from the start of the COVID-19 pandemic in Nevada. He has repeatedly stated that he believes all businesses are essential to someone and has lamented the effect the shutdowns have had, and continue to have, on the economy. Furthermore, Blundo said he is more than ready to see all businesses resume service to 100% of their capacity, rather than the limited 50% capacity as currently mandated.

“On one hand, I’m very happy that tax-paying businesses that were abiding by the governor’s directives were granted the green light to reopen. On the other hand, this precedent of having to beg and plead to higher powers to operate lawful businesses that provide for families, put food on the table, and a roof over our kids is unpalatable,” Blundo told the Times. “I never supported shutting businesses down. It quickly went from 15 days to flatten the curve to now over 180 days flattening Nye County and Nevada. I stand ready with our businesses and the great people in Nye to reopen at 100% capacity.”

With Pahrump’s bar allowed to reopen, masks and social distancing are both still requirements, with all employees to be provided with personal protective equipment, only 50% of overall capacity allowed and all standing areas to be closed. Customers waiting to be seated are to remain outside of the establishment.

Enforcement protocols call for a verbal warning, followed by a written warning. On the third violation, a referral will be made to the state OSHA and a fourth violation will result in closure of the liquor establishment. However, the county made it clear that is could skip any one of these steps if it felt that to be necessary. “Depending on the severity of the infraction or violation, the county may begin on any step as required to address or prevent a public health concern,” the action plan states.

“Nye County continues to make great strides in reducing the COVID-19 impact on our communities,” the action plan concludes. “Through testing and contact tracing, we continue to identify and understand community-specific risks and exposures. This in turn allows us to take the necessary steps to minimize the influence and spread of COVID.”

To view the action plan in full visit bit.ly/3bXmPil