Richard Stephens/Special to the Pahrump Valley Times Beatty Cowboys and Floozies perform in Beatty Days parade as shown in a file photo. 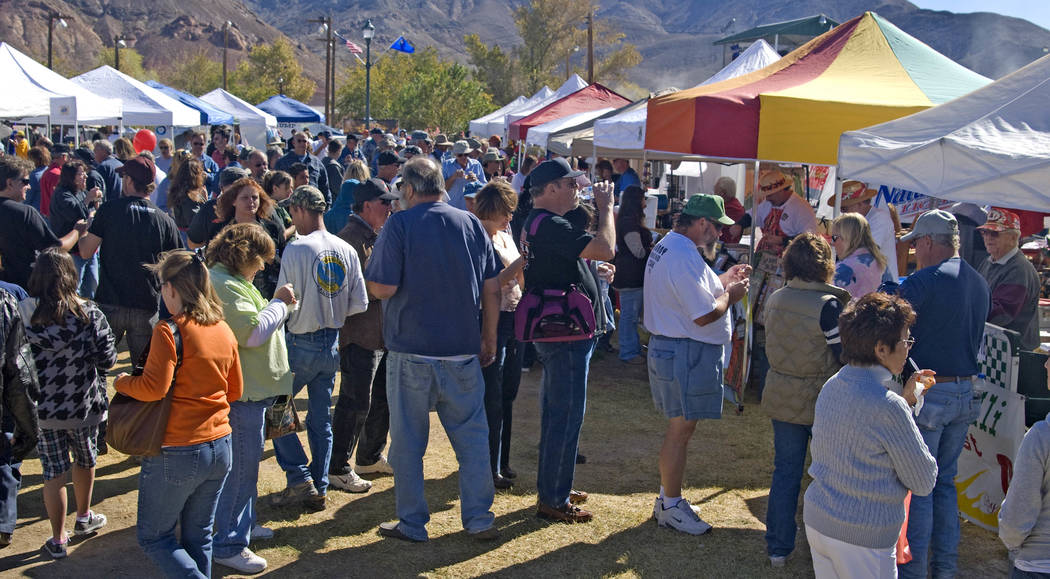 Skylar Stephens/Special to the Pahrump Valley Times Chili cook-off crowd at a prior Beatty Days. The special event returns later this week. 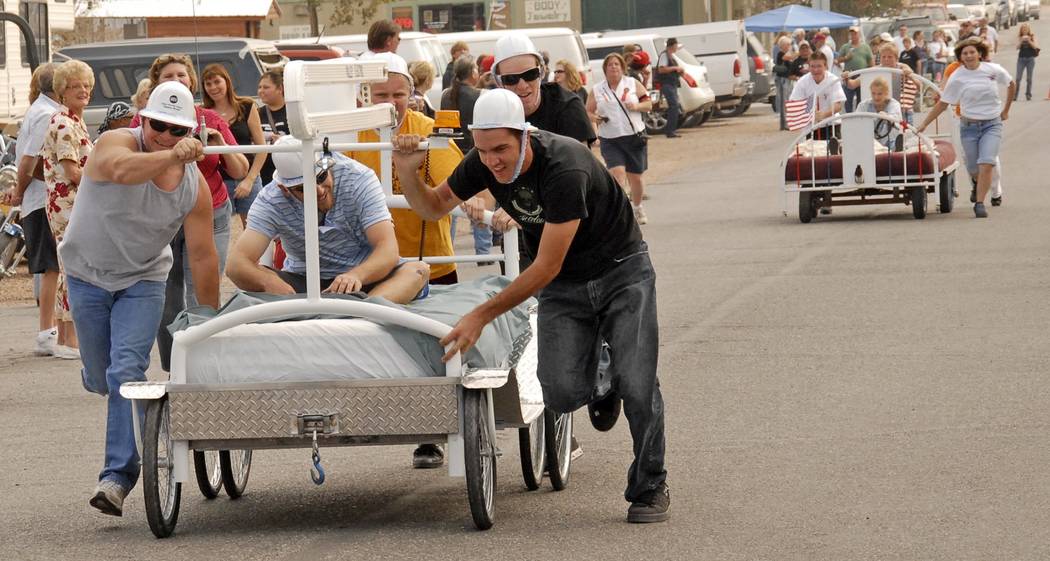 Richard Stephens/Special to the Pahrump Valley Times A look at the bed races event at a prior Beatty Days. Later this week, 2018 Beatty Days starts in the community. 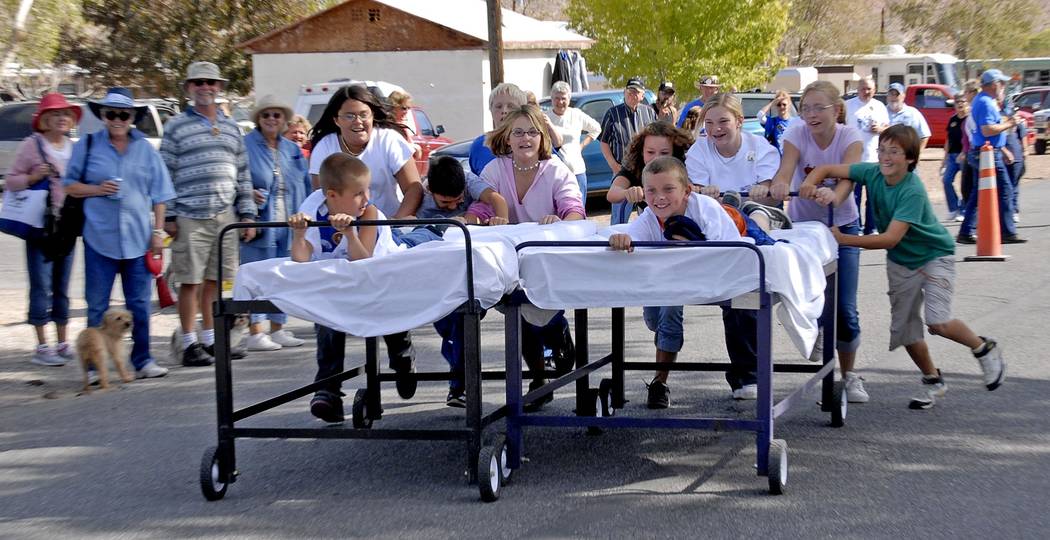 Richard Stephens/Special to the Pahrump Valley Times Bed races event at a prior Beatty Days as shown in a file photo. Multiple events are planned as Beatty Days get underway later this week.

The 2018 edition of Beatty Days kicks off at noon on Friday, Oct. 26 and continues through Sunday, October 28. Other than the parade, events are held in Cottonwood Park.

The event includes Beatty’s largest parade of the year, which is scheduled for 10 a.m. on Saturday. The parade includes the antique and classic car show entrants. The cars will be displayed in the park after the parade and there will be a Halloween “Trunk or Treat” for the kids.

Live music will be supplied by Bill Tracy Live, the Tru-Blue Band, and the Anvil Road Band, sometimes with one in the upper park while another is performing in the lower park.

A new Miss Beatty and Jr. Miss Beatty will be crowned Friday afternoon. A pumpkin carving and decorating contest, a Halloween costume contest, a kids creative activity booth, tricycle races (yes, including adults), and a 1900’s historical reenactment are also scheduled for that day.

Besides the 10 a.m. parade, Saturday events include the Tombstone 5K Run and 2K Walk, an ICS Chili Cook-Off, the car show and trunk or treat, chicken drop bingo, the traditional bed races, the Pickle Liquor Hoot-N-Holler (drink pickle juice before yelling), the breaking of a pinata, and a root beer drinking and belching contest.

There will also be a bike show (motorcycles), which Beatty Chamber of Commerce President Ann Marchand says is being brought back by popular demand.

Grand marshals for the parade will be members of the Beatty Neighborhood Watch. “We want to honor those who have served and continue to serve throughout the year,” said Marchand. These include Rob Shirley, Barry Jacoby, Bill Davis, Amina Anderson, and Jeannie Ybarra.

Also riding in the parade will be Senior King and Queen Jim and Lili Veach. Marchand said that Jim is pastor of the Hilltop Baptist Church and has been involved in distributing food commodities, helping with transients, and is a member of the VFW Post and of the Beatty Cowboys.

A kite flying and Frisbee contest is on the docket for Sunday, along with a hula hoop contest, a pet parade, and the second heat of the chili cook-off.

The Beatty VFW will be serving a pancake breakfast Saturday and Sunday mornings at the park, and they will also serve lunch on Saturday. Both are in the east-side pavilion.

An antique gas engine display will be open all three days. A poker walk is scheduled for Friday and Saturday, and the Boy Scouts will have a climbing wall set up in the park.

The Las Vegas Garden Railroad Society and the Pahrump Model Railroad Club will put on a model railroad display from 9 a.m. to 3 p.m. on Saturday and 9 a.m. until noon on Sunday in the Beatty Community Center.

The Beatty Cowboys and Floozies in Petticoats will perform mock shoot-outs throughout the day on Saturday.

The second annual Aaron Huisman Desert Art Show and Contest will be on display in the Community Center from 9 a.m. to 3 p.m. on Saturday and 10 a.m. to 1 p.m. on Sunday. This exclusively includes art inspired by the rural Nevada landscape.

The park will be crammed full with all sorts of vendors. Marchand said that the Chamber sold all 90 vendor spaces available.

Admission to all events is free. Parking is available all around the park perimeter, though late arrivals may find themselves parking along nearby streets.

More information, including entry forms and a complete schedule, is available on the Beatty Chamber of Commerce’s website: www.beattynevada.org