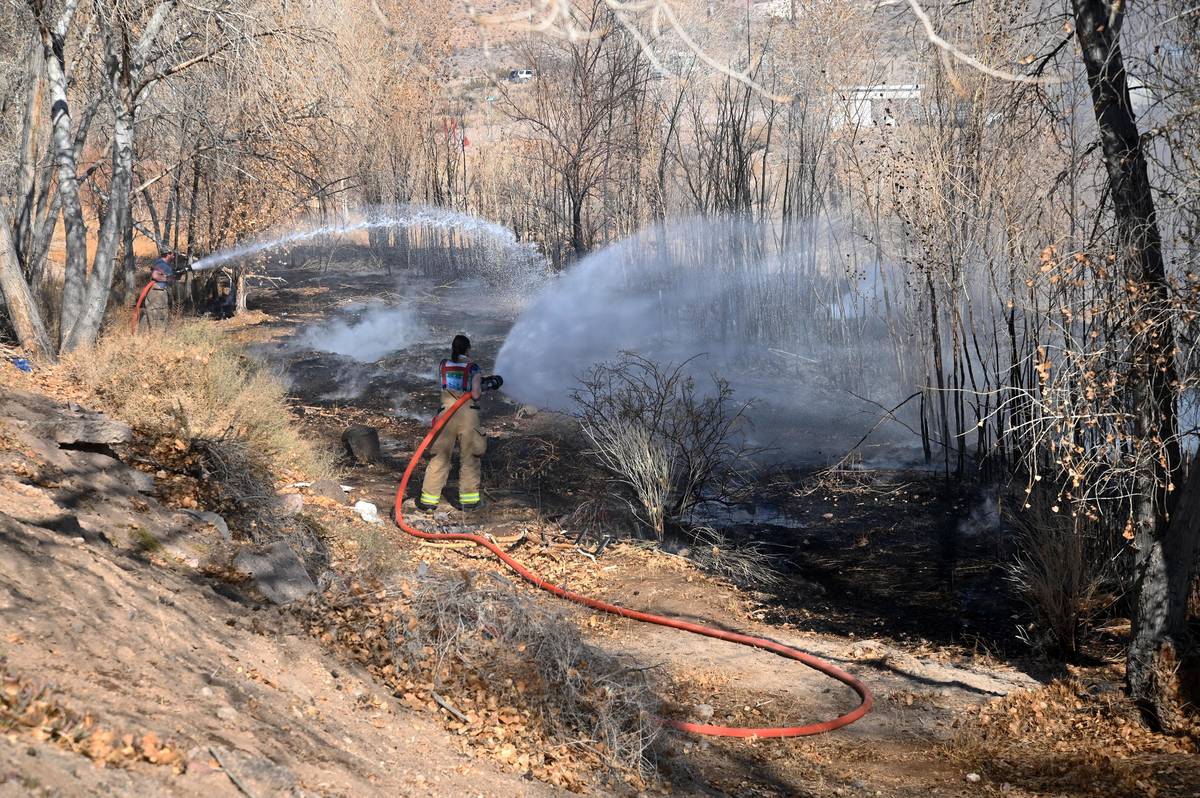 EMTs Mike Harmon and Mark Henderson were in the process of leaving Beatty to respond to an ambulance call in Amargosa Valley when they saw smoke behind the Schultz Trailer Park on Highway 95, and the volunteer fire department was paged to respond.

An ambulance is required to respond to the scene of firefighting efforts anyway, and Harmon, who is chief of the Beatty Volunteer Fire Department, was also needed to take part in fighting the fire.

Without enough personnel available to man a second ambulance, Henderson stationed the ambulance at the scene and waited while Harmon manned a fire hose. Response to the ambulance call would have to wait.

When the firemen got the fire knocked down to a degree that the ambulance was no longer required to stay on station, Henderson was able to continue on to Amargosa Valley, where he said a couple of EMTs there, or perhaps his wife, another EMT who happened to be there at the time, would be able to take the place of Harmon.

The conflicting incidents underscore the need that both volunteer services have for new members, and illustrate why they are seeking recruits.

Anyone interested in serving the community on either of these services is encouraged to do so. Carrie Radomski at the Beatty Town Office 775-553-2050 can put volunteers in contact with those in charge.