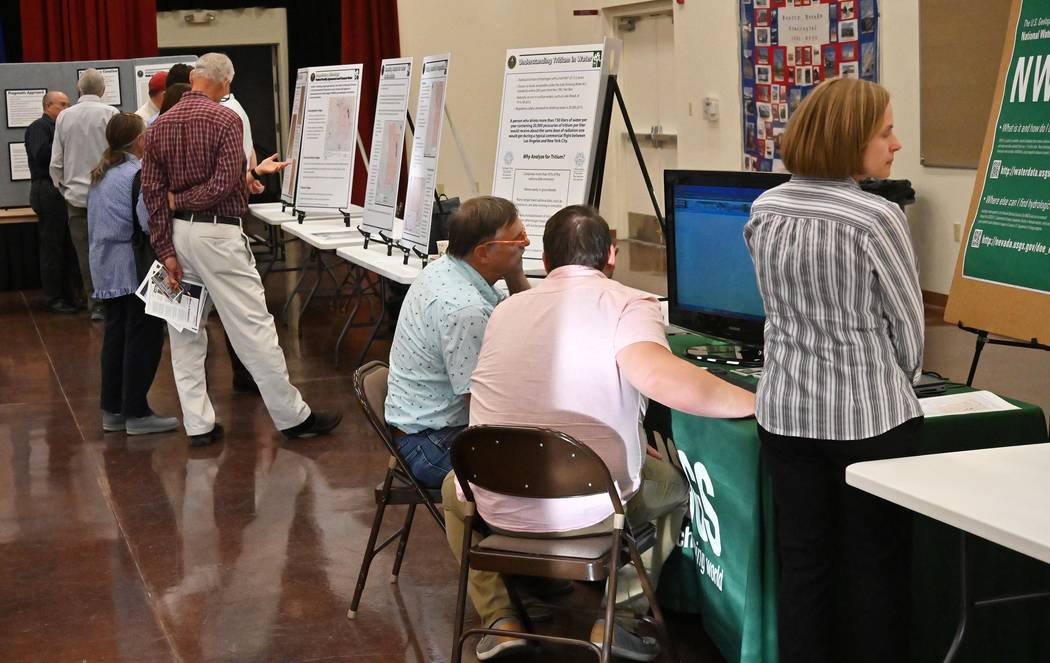 Richard Stephens/Special to the Pahrump Valley Times Results from the latest testing, as presented at the open house, found no measurable trace of tritium. 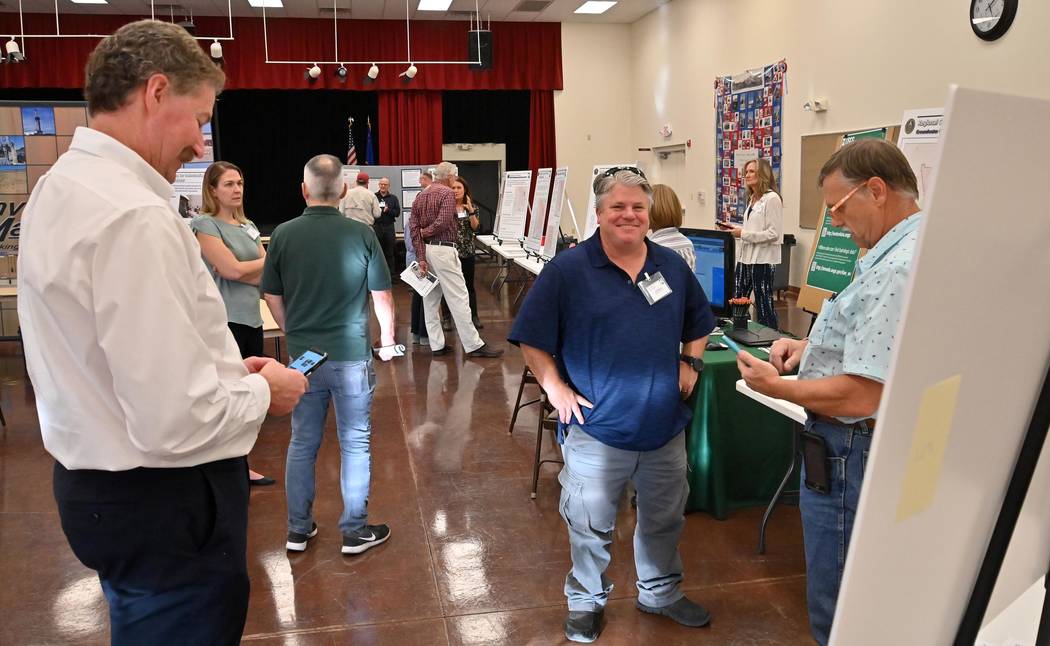 Richard Stephens/Special to the Pahrump Valley Times An open house on groundwater testing had a sparse attendance by local residents. 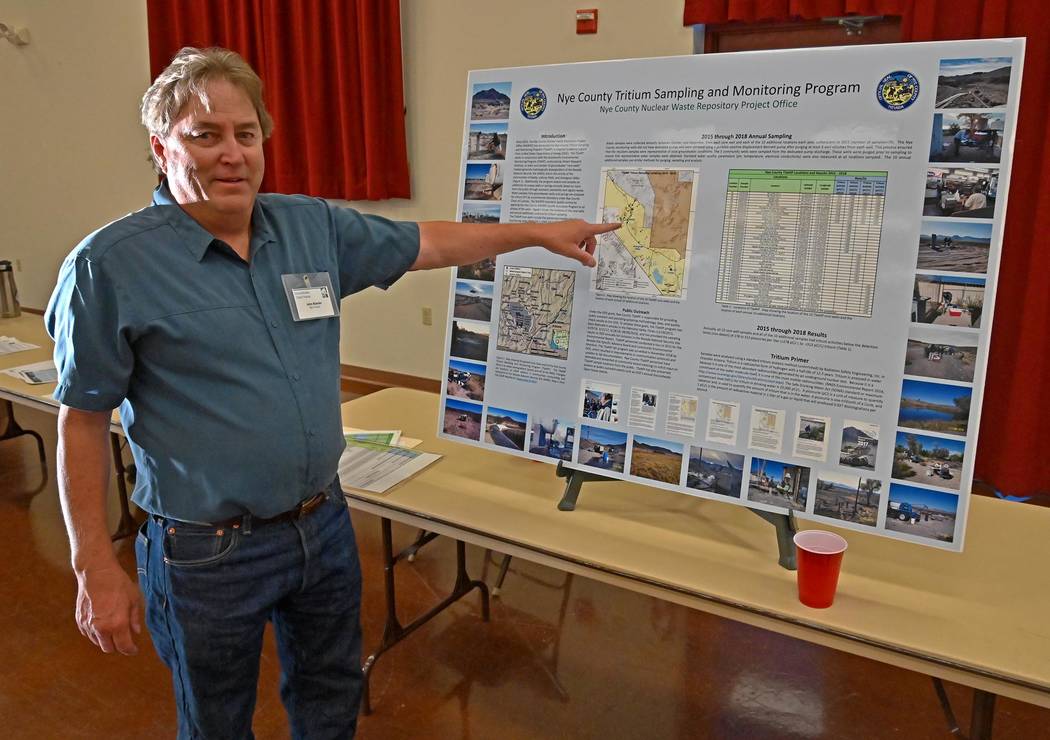 The U.S. Department of Energy-sponsored groundwater open house at the Beatty Community Center, Thursday, Oct. 17 from 4 to 7 p.m. was sparsely attended by local residents.

Beatty residents have become accustomed to these presentations, which have, every year or two, assured them that radioactivity from nuclear bomb tests on the Nevada National Security Site has not migrated into the area, and that the water coming out of their taps is safe.

The results from the latest testing, as presented at the open house, was no different. The testing, carried out independently by the Department of Energy and the Nye County Tritium Sampling and Monitoring Program found no measurable trace of tritium, the lightest and fastest traveling of the radioactive isotopes, outside the boundaries of the former Test Site.

“We’ve found nothing, which is what we want,” said Nye County geoscientist Jon Klenke.

He said that the Nye County program tests 20 wells every year. Ten of them are what they designate as their “core” wells. These are wells that are given priority because they are used for community water supplies. The other 10 are chosen from others in the area.