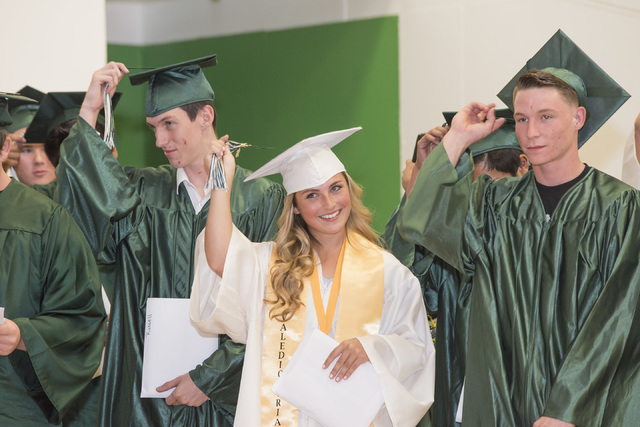 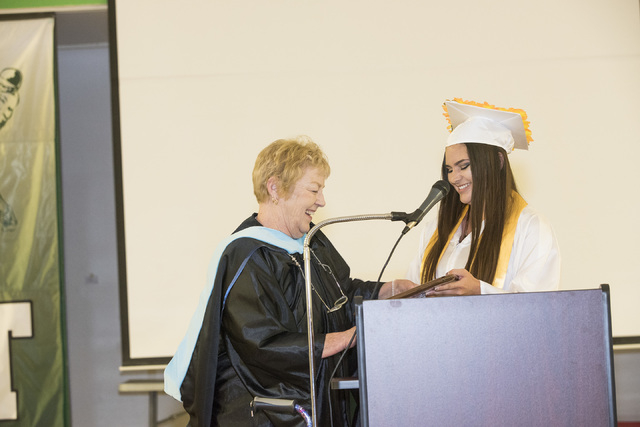 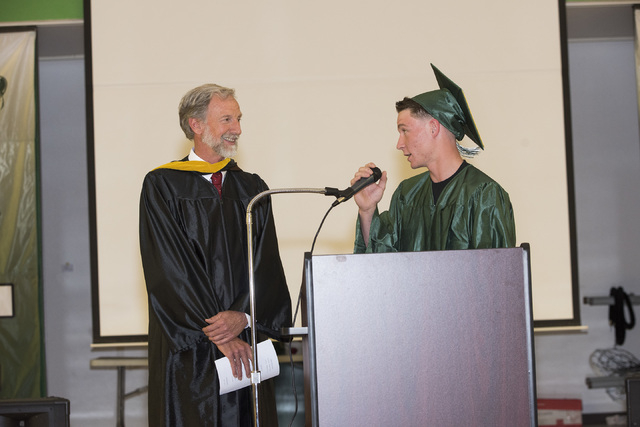 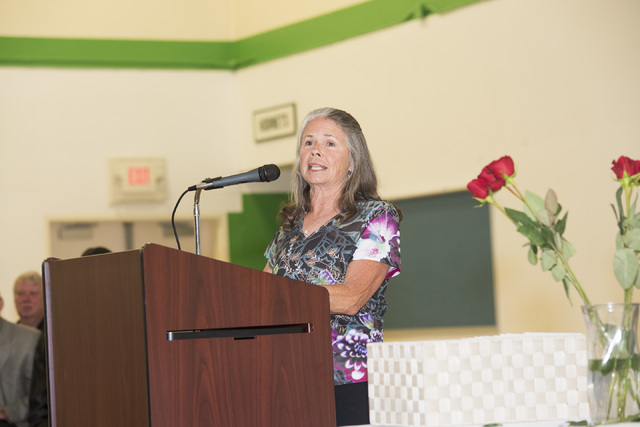 “I never thought I’d be so excited for a Monday,” exclaimed Maggie Cathcart, in her valedictory address at Beatty High School’s graduation ceremony.

She advised her classmates that they would never be 100 percent ready for what life would bring them. “It’s never going to be just the right time, but that’s the point. It means that every moment is the right moment.”

Cathcart counseled the graduates to make mistakes. “If you’re not making mistakes, you’re not really learning anything.”

She took the opportunity to thank Principal Gary Flood and teachers Mary Beth Aragon and Jim Benshoof, who are leaving the school, for all they had taught her and each meant something to her development.

The valedictorian, who plans to attend the College of Southern Nevada to become a dental hygienist, took a line from Star Trek and told class members to “live long and prosper.”

Salutatorian Erin Young also plans to attend CSN, but her course of study will be veterinary technology. She told her fellow graduates that no matter what different paths they might take, they will always have a special place in her heart and she will always be a Beatty Hornet.

The guest speaker was former Beatty and Amargosa teacher Patty Duszynski, whose late husband, Mike, taught for many years at the high school. She took the opportunity to return to some of the graduates notes they had written years ago that she had found on the playground and kept.