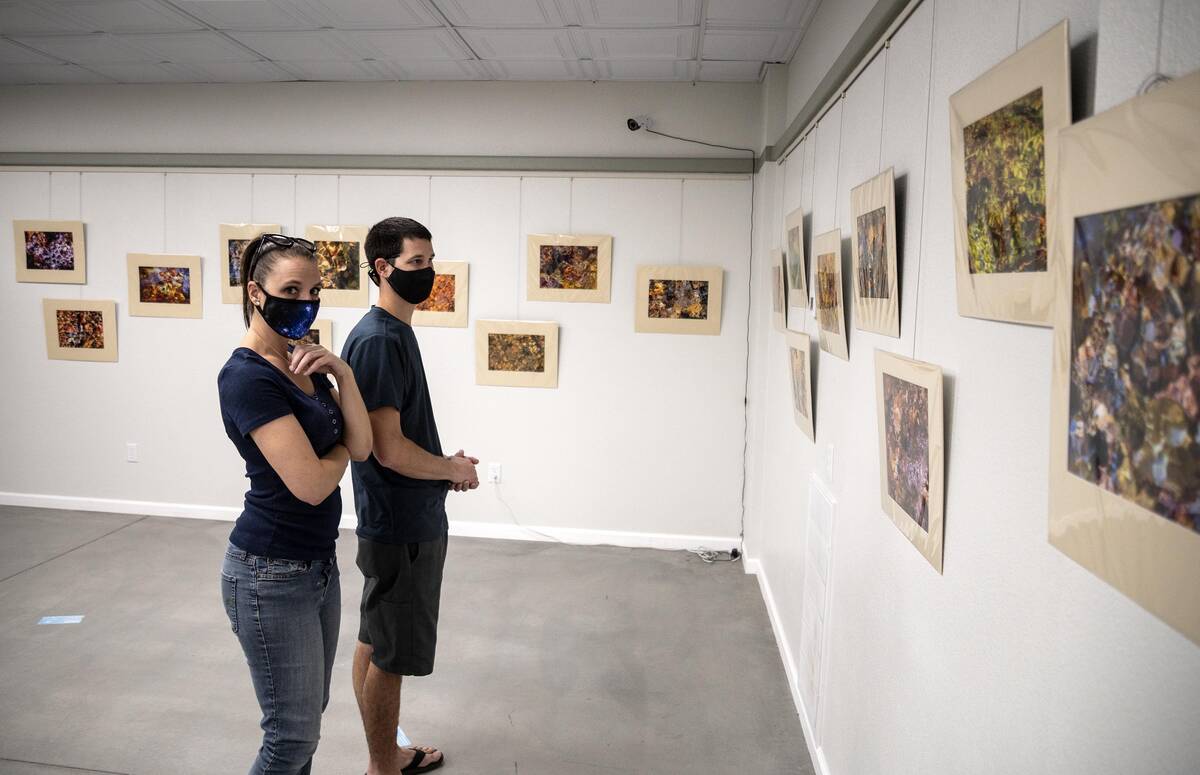 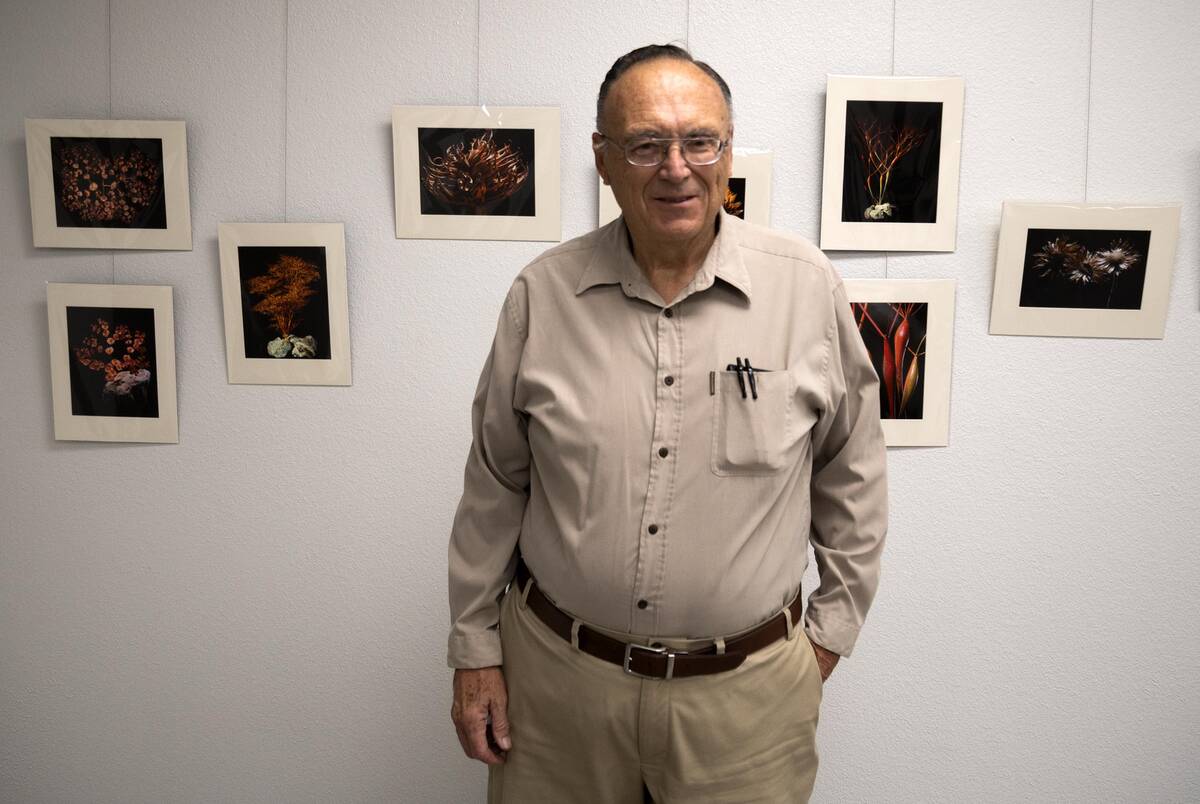 Special to the Pahrump Valley Times Local Beatty photographer/artist Richard Stephens stands in front of his "We're not in the Weeds" exhibit at that Beatty Museum.

Works by longtime Beatty photographer and writer Richard Stephens are now on display at the Beatty Museum with an opening show planned later this month.

Stephens’ “Beauty All Around” exhibit is now on display at the museum, containing two personal projects by the local artist/photographer. The works are on display, but the museum is planning an opening on Saturday, Oct. 23 from 5-7 p.m.

“Stephens has always said that he is addicted to beauty, and he finds it all around here in the Nevada desert,” states a pamphlet about the display.

Stephens’ exhibit includes his “Amargosa Flow” and “We’re not in the Weeds” collections. The Amargosa collection includes photographs of where the Amargosa River, a large underground river, surfaces in Beatty. The other collection is of an array of desert plants Stephens photographed in his studio.

“He took the plants into his studio and photographed them against a black background to focus attention on their shapes and colors and give them the dignity he feels they deserve,” the literature states.

Speaking of the “We’re Not Weeds” project, Beatty Museum Manager Amina Anderson said, “I like it most that the artist took everyday plants and amplified their natural beauty so that people can see it.”

According to information from the museum, Stephens’ “appreciation for the beauties of nature began in early childhood, when, for instance, he could often be found sitting in his grandfather’s gravel pile cracking rocks open to see the colors and patterns that might be revealed.”

Two quotes hold special meaning to Stephens, who was blinded in one eye as a boy, according to the Beatty Museum.

One is from Ralph Waldo Emerson’s “Self Reliance”: “The eye was placed where one ray should fall that it might testify of that particular ray.”

“This indicates a duty to be observant and to share the view of the world as you see it,” the museum notes.

The other is the old Spanish saying, “En la tierra de los ciegos el tuerto es rey” (In the land of the blind, the one-eyed is king).

The museum states, “This especially applies to artists, who because of their particular sensitivity, either by natural inclination or artistic training or both, often have the role of helping others see things they might otherwise overlook.”

Stephens started out early with gaining experience as a photographer. He was a photographer for his school newspaper, the Desert Breeze, as well as president of the art guild in his senior year at Las Vegas High School. Stephens also gained experience in college at BYU.

Stephens took his first job in photography in 1963 as a colorist for Jay Florian Mitchell Studio in Las Vegas.

“From time to time he worked in other photography studios, including Sanchez Studio in Las Vegas and Mexico Studio in Provo, Utah, and in the BYU Photo Studio while in college, gaining experience as a photographer, darkroom technician, and retoucher,” literature from the museum states.

Stephens’ work has been published in Nevada Magazine, Mother Earth News, Reader’s Digest, Sunset, Petersen’s Photographic, Modern Photography, Popular Photography, and others, according to the museum.

Stephens has also written several magazine articles and is a freelancer with the Pahrump Valley Times.

“These days Stephens is dedicating more time to painting than photography,” the museum states. “His other creative outlet is making and playing Native American-style flutes.”