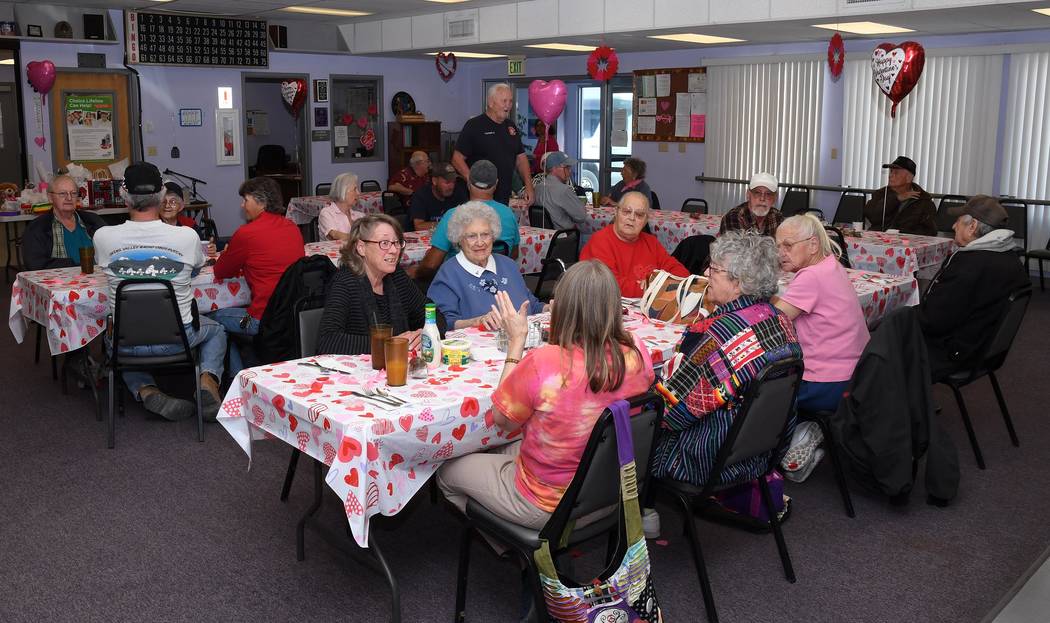 Afraid that not many people would attend, she was relieved to find that she was wrong.

The center was decorated with hearts and balloons, and the seniors enjoyed a lunch augmented by cake and cookies from KC’s Outpost and what Johnston called “super-awesome” chocolates from Death Valley Nut and Candy.

The seniors were given tickets as they entered the center, and the meal was followed by a raffle for prizes supplied by Valley Electric Association, the Beatty Cowboys and Floozies in Petticoats, the Beatty Chamber of Commerce, Studio 401, and the Nye County Sheriff’s Auxiliary.

Johnston was particularly thankful for the help of Beatty town secretary Carrie Radomski, saying, “She put the A in ‘liaison.’”