Richard Stephens/Special to the Pahrump Valley Times A group of wild burros checks out the sheep grazing on weeds in a Beatty ball field. 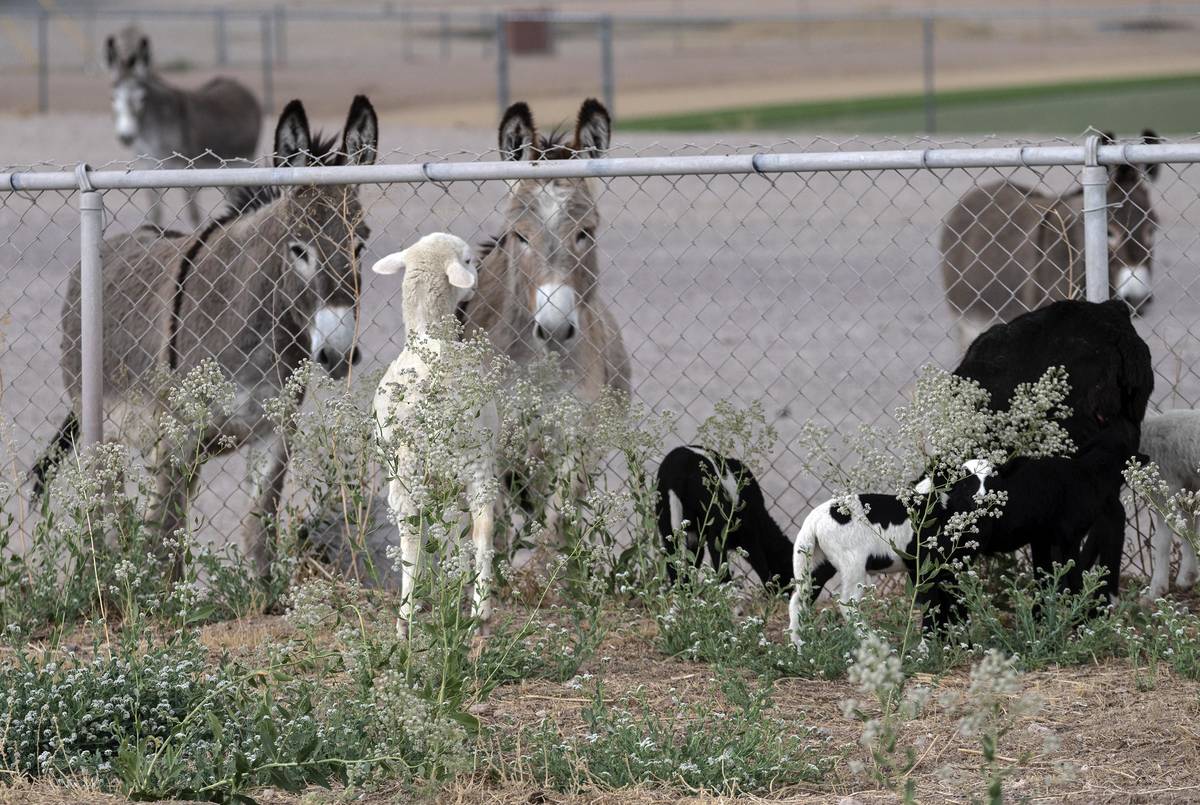 Richard Stephens/Special to the Pahrump Valley Times Wild burros, who inhabit the area around Beatty on a regular basis, check out the new goats in town. 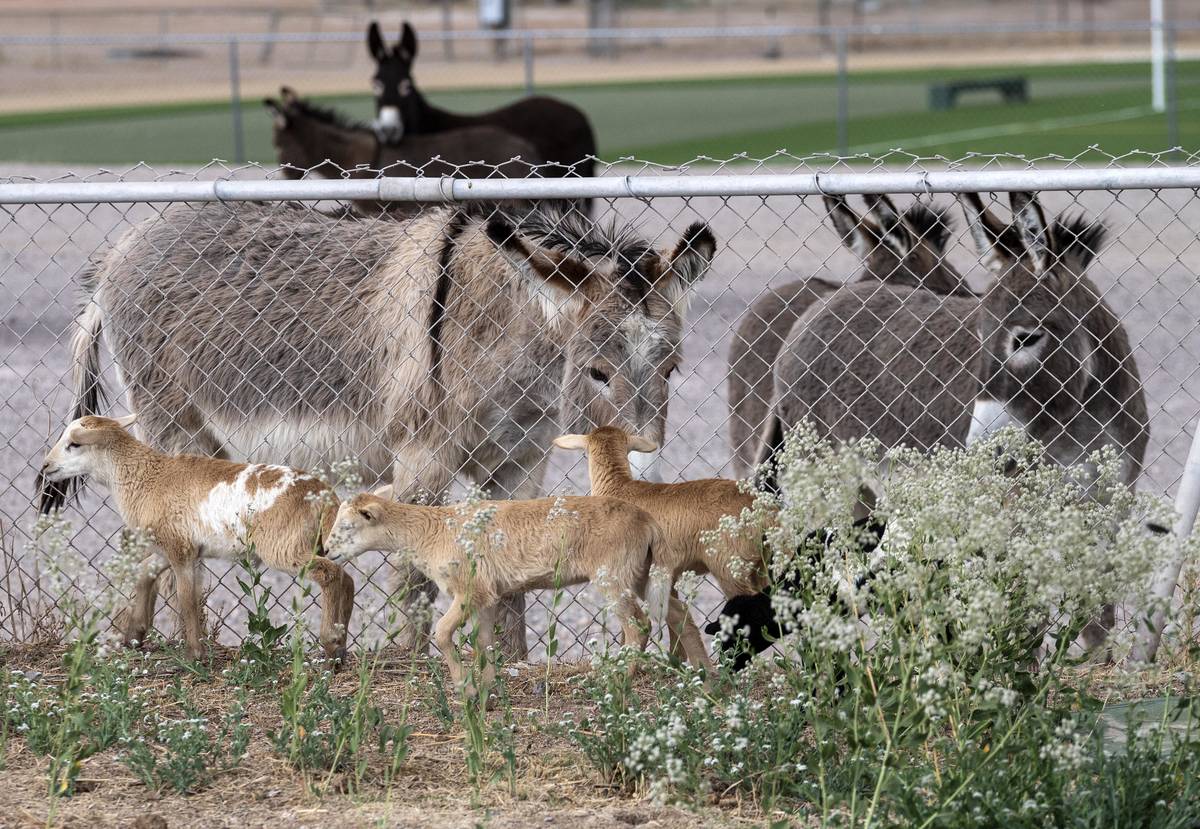 Richard Stephens/Special to the Pahrump Valley Times The goats, brought in for the purpose of weed control, seem to be getting along just fine with the local residents.

Richard Stephens/Special to the Pahrump Valley Times The burros, regular inhabitants of the area, seem to be introducing themselves to the goats, brought in for the purpose of weed control. 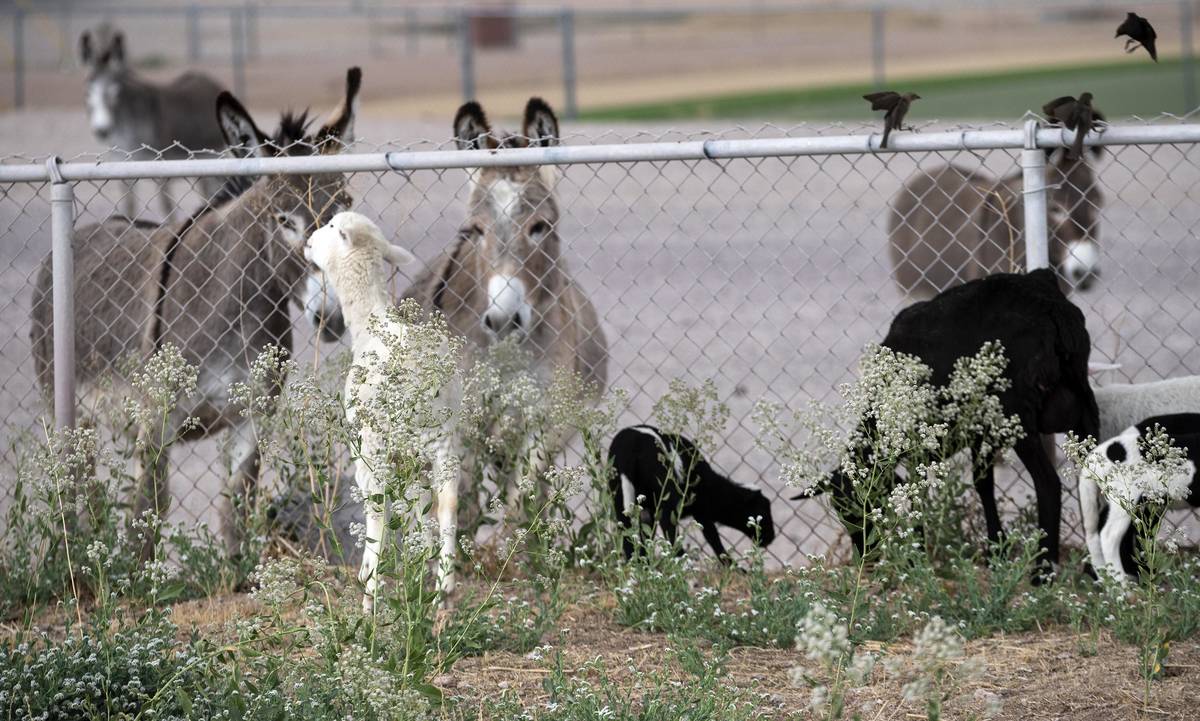 Richard Stephens/Special to the Pahrump Valley Times Wild burros, who inhabit the area around Beatty on a regular basis, check out the new goats in town.

Beatty General Improvement District board member Starla Gallagher is trying a natural method of weed control, involving the use of sheep.

Last year Gallagher formed the nonprofit B8Y Sports and More (pronounce B8Y as Beatty) to collect funds for youth sports and activities in the community, including baseball.

With the help of around 30 volunteers, she got the field weeded, the bleachers cleaned, and temporary shade installed for the dugouts.

Then the pandemic happened, and they only got to play one game before everything closed down. The field went unused, and the weeds returned in force.

Gallagher decided that this year, while the field was unused anyway, it would be a good time to take care of the weed problem once and for all, but she struggled with finding a way to accomplish the task.

Everything she could think of – such as covering the field with tarps or tilling the weeds into the ground – were difficult and very labor-intensive.

Then she saw a post on Facebook about a woman in California who had a herd of about 50 goats show up in her yard. It turned out the goats had gotten away from a roadside where they were being used for weed control.

This gave Gallagher the idea of using sheep from her family’s farm outside of Beatty to tackle the problem. She estimates it will take the sheep a couple of weeks to do the job, and she hopes they will get the weeds all eaten before they can go to seed. She also says that the sheep manure will act as fertilizer when new grass seed is put down by BGID employees.