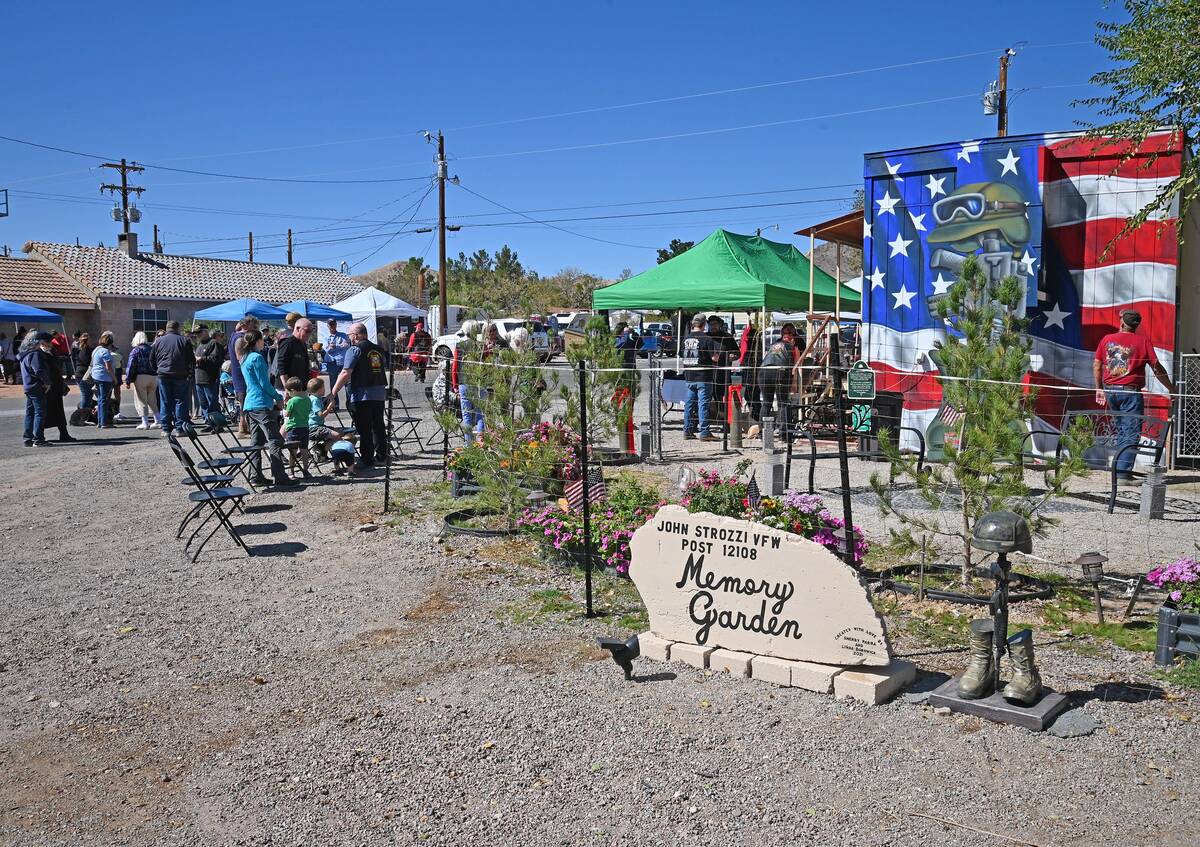 The memory garden, dedicated to John Strozzi Post 12108 founding member Richard (Dick) Gardner, is also intended to honor other fallen veteran comrades. The project is the work of the Beatty VFW Women’s Auxiliary.

In the dedicatory speech, Linda Borowick said, “We hope this memory garden will become a special place for family, the community and visitors. A place to remember and honor Dick Gardner. A place to show our love and respect to all the veterans worldwide.”

Although the garden is largely complete, the women of the auxiliary are still working on finding a way that will last in the outdoor setting to list fallen comrades on a tree stump.

They also plan to replace the temporary fence around the garden with something more aesthetic and burro-proof.

Gardner’s wife and other family members assisted in cutting the ribbon to officially open the garden.