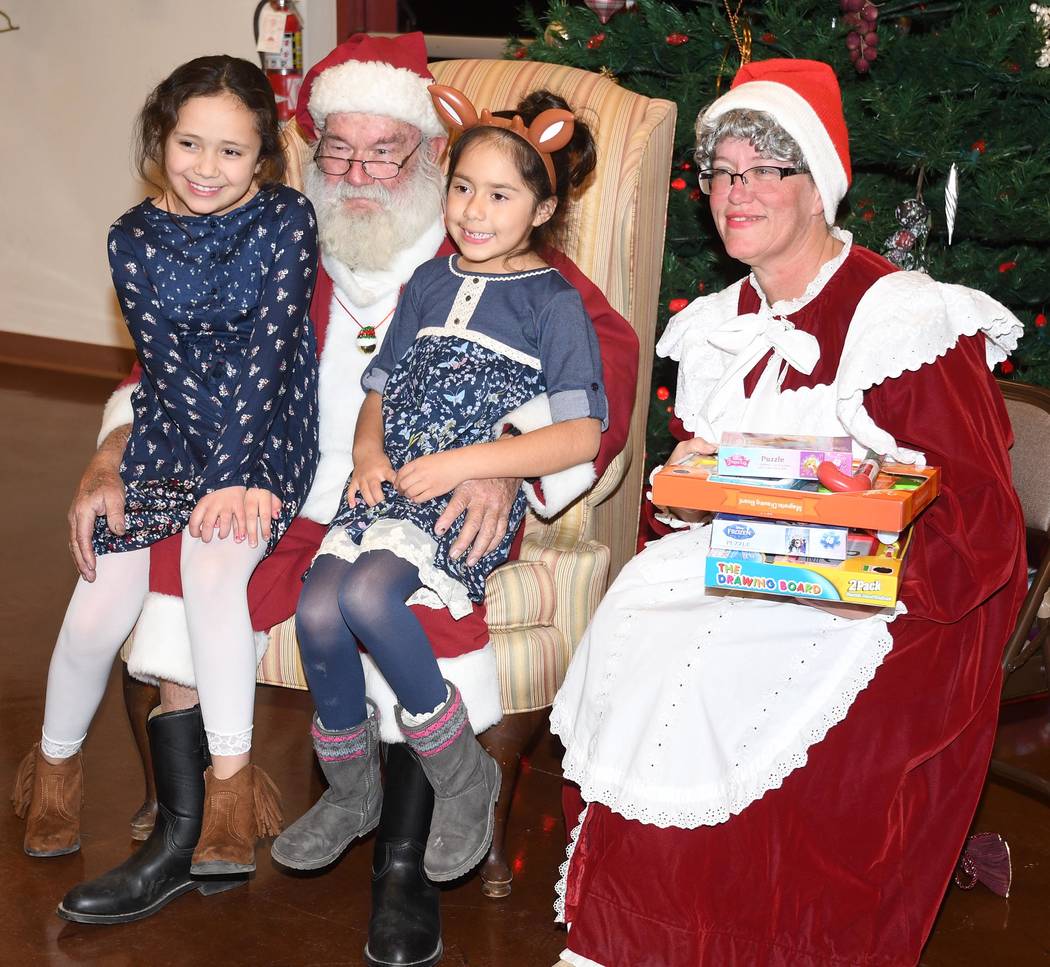 Richard Stephens/Special to the Pahrump Valley Times Mr. and Mrs. Claus made their traditional entrance riding on a fire engine on Dec. 15 in Beatty. They then greeted children individually at the Christmas tree and gave them toys.

Richard Stephens/Special to the Pahrump Valley Times As always, the event featured the Beatty Fire Department’s antique fire truck decked out in holiday decorations on Dec. 15 in the community.

It was Santa Night at the Beatty Community Center on Friday night, Dec. 15.

Mr. and Mrs. Claus made their traditional entrance riding on a fire engine. They then greeted children individually at the Christmas tree and gave them toys.

The evening also featured cookies and other treats as well as a community potluck dinner.

The winners of the Beatty Chamber of Commerce Christmas lighting contest were also announced.

In the commercial category, first place went to Desert Canary Resale, second to the Happy Burro, and third place was a tie between the VFW Post and Beatty Water and Sanitation.

The winners in the residential category were first place, Wayne Burnell; second place, Bob and Billie Goerke; and third place was again a tie between Brad and Nancy Anderson and Mike and Dotty Harmon.