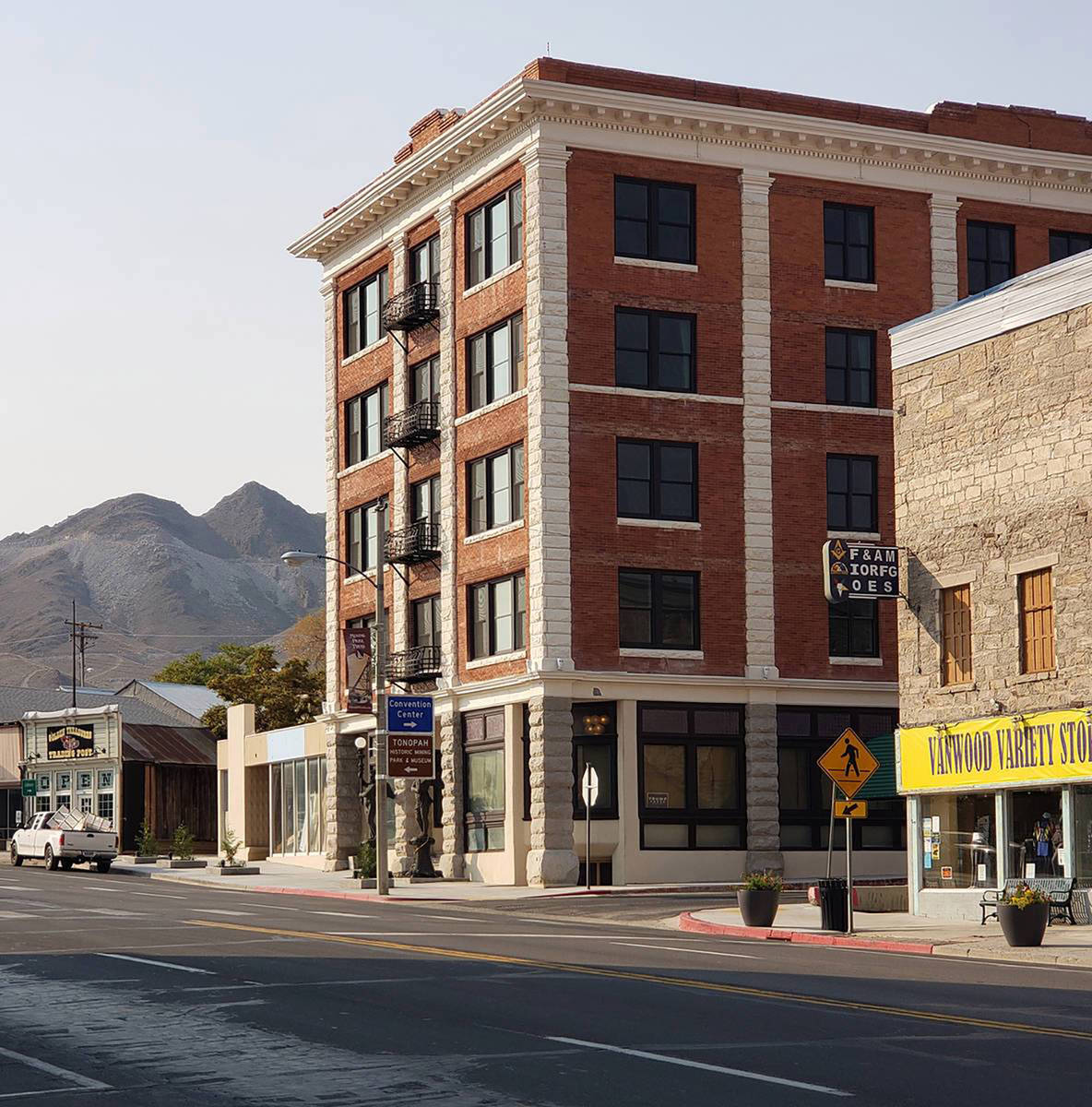 Nancy Whipperman/Special to the Pahrump Valley Times The Belvada Hotel is now officially open to the public, with reservations available as of Dec. 28, 2020. 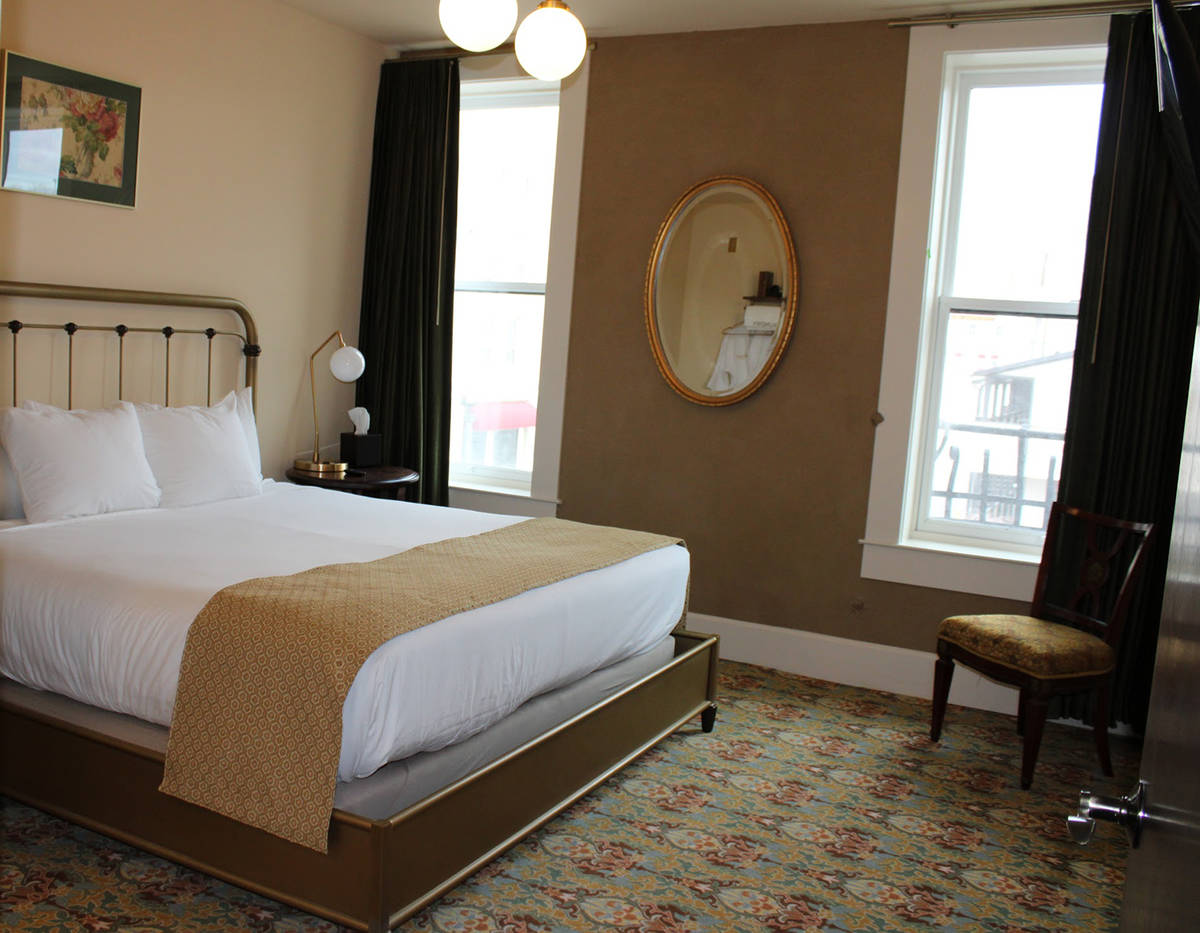 Dominique Taylor/Special to the Pahrump Valley Times A view of one of the hotel rooms in the newly renovated Belvada Hotel. 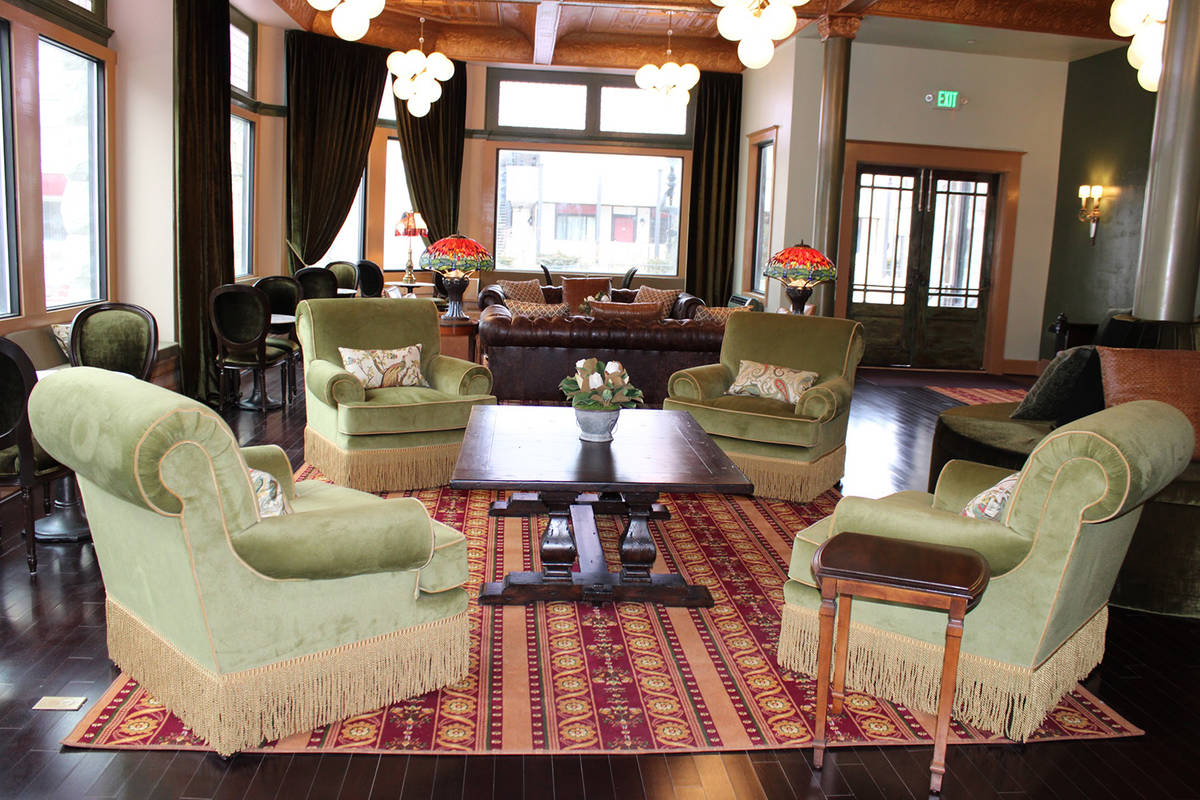 Dominique Taylor/Special to the Pahrump Valley Times The lobby of the Belvada Hotel is seen in this photo taken in early January, 2021. 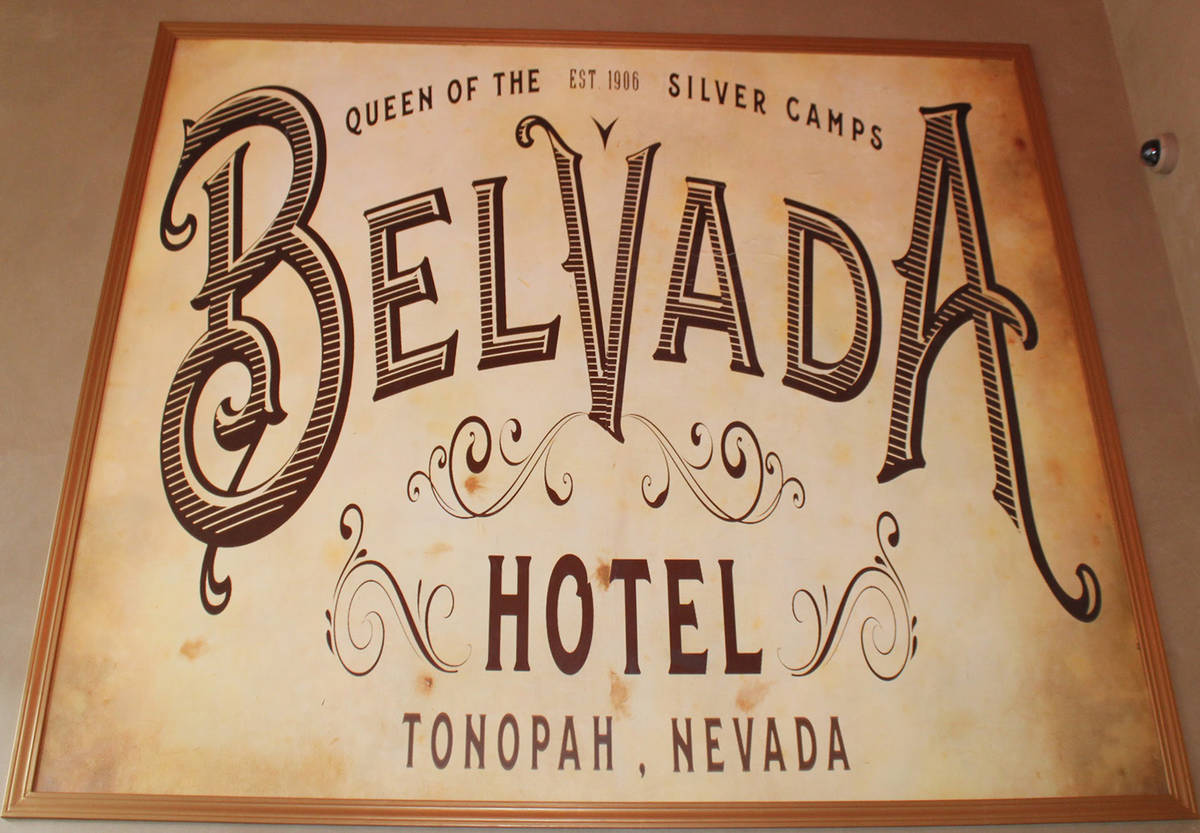 Dominique Taylor/Special to the Pahrump Valley Times The Belvada Hotel is the newest iteration for a building that is listed on National Register of Historic Places and was once a bank in the days of the old west.

“I can tell you, we are elated to finally open this impressive and important landmark here in Tonopah. Hats off to Nancy and Fred Cline for forging through not only a complete and total rehab of the property, but doing so in the middle of a pandemic speaks to the resolve and positive outlook we have for the future of Tonopah,” John McCormick told the Tonopah Times earlier this month.

The Belvada has quite a long history in Tonopah, starting out as the State Bank and Trust Company, which folded in the early 1900s. Following this, the building was renamed and rebranded as the Belvada Apartments, which survived until the 1980s. After the Belvada Apartments were shuttered, the building simply sat vacant, and time and neglect had taken their toll on the structure, slowly breaking down what once was beautiful and turning it into a ruin that had some even considering demolishing it just to be rid of the sight.

That was when the Clines entered the picture. As owners of an already successful and well-known hotel in the area, the Mizpah, the Clines decided they did not want to see such an iconic building as the Belvada torn down for no other reason than that no one was willing to breathe new life into it. They took a chance on the old structure and started a renovation project that, after three years of hard work and major construction, has given rise to what is hoped to be a must-go destination for locals and tourists alike.

McCormick, who oversaw the renovation project at the Belvada and is the general manager of the historic Mizpah Hotel, said with the exception of a few minor punch list items, the major construction work on the renovation of the Belvada is finished and the Belvada is now officially open in its newest iteration, with the new hotel suites playing host to their first guests beginning Dec. 28, 2020.

“We’ve had several guests stay with us to rave reviews,” McCormick said. “Some of these guests are those that are just passing through and some are folks who lived in Tonopah previously and were back visiting for the holidays. They are so excited to see what used to be a blighted old building transformed into such a beautiful hotel. We are now getting group inquiries as well as interest from corporate accounts.”

The Belvada is a five-story building with 40 hotel rooms available, ranging from suites to double queens and even a few rooms with kitchenettes, suitable for those wishing to stay in Tonopah for an extended period of time. “The property is spectacular, done in an upscale contemporary design while complimenting historical aspects of the building. We provide upscale linens and amenities, monogrammed robes in our suites and panoramic views as far as the eye can see on the upper floors,” an obviously proud McCormick stated.

In addition to the hotel itself, there are two spaces on the ground floor that have been renovated as well, one of which has been earmarked for something hotel guests are bound to enjoy, a coffee shop.

“We are going to keep the retail space on Main Street and are putting together an upscale coffee shop featuring Lavazza coffees, lattes, cappuccinos, and fresh sweet treats. We are planning to open late January,” McCormick detailed.

As for the other retail area, located on Brougher Street, McCormick said the space could easily be rented out, which is something that the Clines are open to, but in the meantime, it too has been renovated. It has been fitted out with what McCormick described as “beautiful appointments” and can be put to use now as a venue for small gatherings.

“A historic icon with a storied past once home to eager bankers, miners, jewelers, barbers and dreamers – the Belvada Hotel is the definition of modern luxury in a beautifully restored historic landmark,” the Belvada Hotel website reads. “A thoughtful renovation was completed in 2020 with authentic elements paired with classically inspired modern decor. The Belvada exudes all the charm and character of a boutique hotel in a historically vibrant community.”

The Belvada is located at 101 S. Main Street in Tonopah. Reservations can be made by calling 775-277-3950, emailing guestservices@belvadahotel.com or visiting its website at www.belvadahotel.com