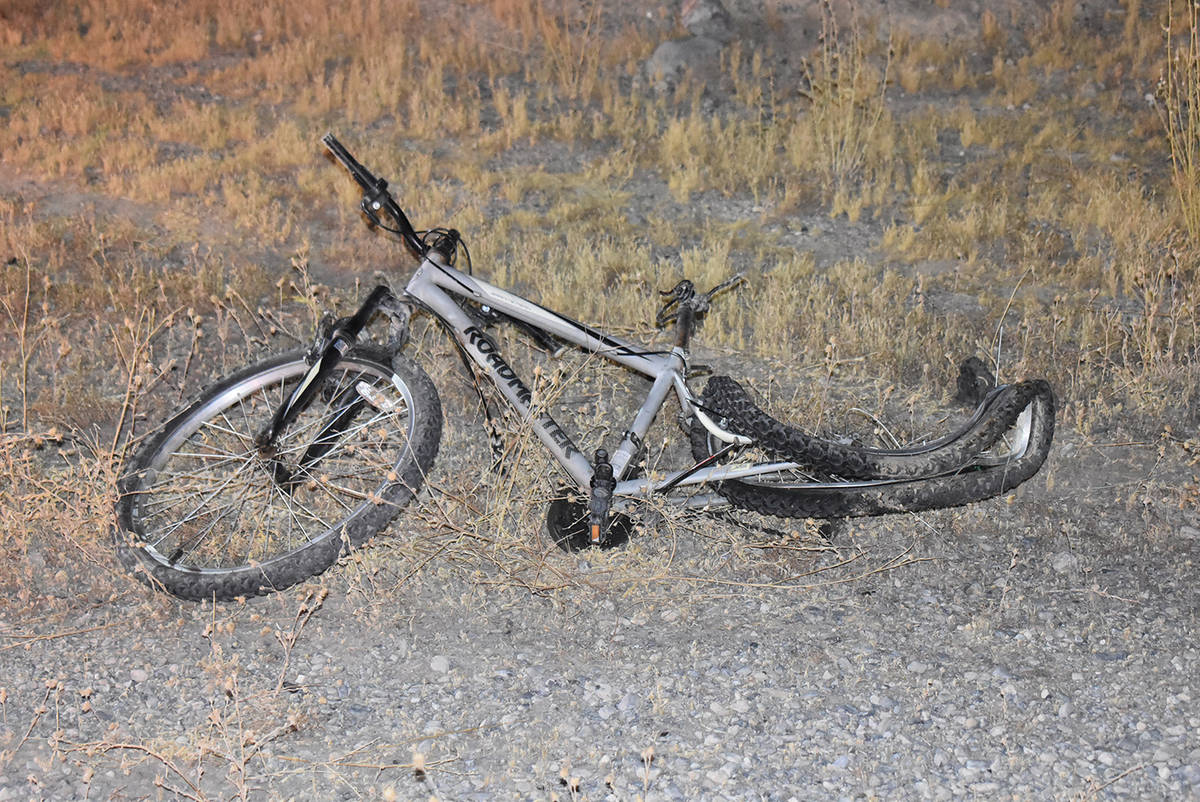 Special to the Pahrump Valley Times Pahrump Valley Fire and Rescue Services crews were summoned to Basin Avenue and Boothill Drive after a bicyclist was struck by a vehicle on Friday evening, July 3rd. The unidentified victim was pronounced dead at the scene, according to Fire Chief Scott Lewis. 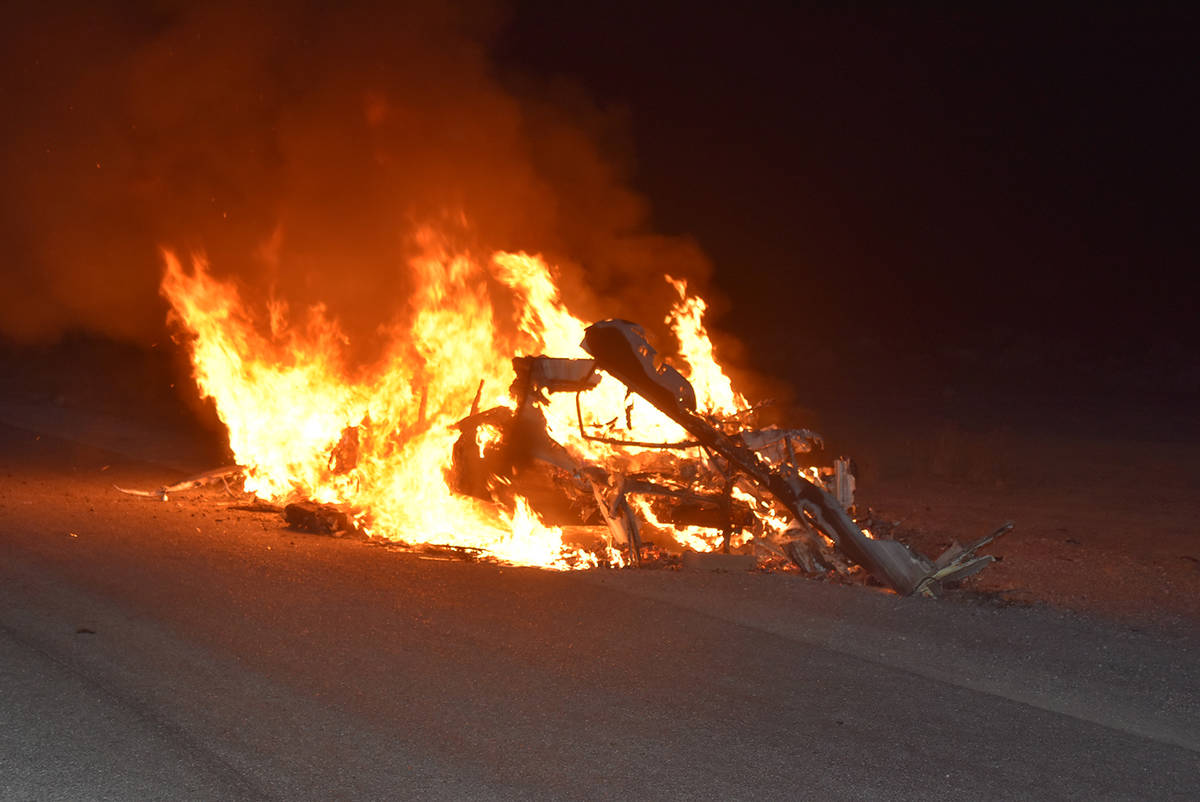 Special to the Pahrump Valley Times On Monday, July 6, Pahrump fire crews responded to a travel trailer fire at approximately 1:30 a.m. Crews quickly controlled the fire with no extension.

A Pahrump man is dead after being struck by a vehicle while riding a bicycle Friday evening, July 3rd.

“Crews arrived in the area and found that the accident occurred in the area of Basin Avenue and Boothill Drive,” Lewis said. “They found what appeared to be a pedestrian/motor vehicle accident, but only the bicyclist was located on scene. It quickly became apparent that the other involved vehicle had left the scene. The bicyclist was medically assessed and he was pronounced deceased on scene. Later, the occupants of the vehicle that was involved in the accident, presented on the scene. They were medically assessed, but they were not treated or transported. Crews assisted Nye County Sheriff’s Office deputies and NHP with the scene investigation and support.”

Regarding the Fourth of July holiday weekend, Lewis said from June 29th through July 6th, crews responded to 22 brush fires, one grass fire, and a fire involving a barbecue grill that went up in flames.

“One of the brush fires also extended to two vehicles and a utility trailer,” he said. “During that week we had a total of 92 fire responses. Typically, we do about 200 fire responses per month so within one week, we did 92 responses.”

On Monday, July 6, Lewis said crews responded to a report of a fire at approximately 1:30 a.m.

“It was a report of a structure fire with possibly a person trapped inside,” he noted. “We arrived on location and found a travel trailer, with no immediate exposure. It was fully involved and crews quickly controlled the fire with no extension. We thoroughly checked the remaining debris, and found no occupants. It was later confirmed that the occupant had fled the scene, hid in the desert area and was uninjured.”

Additionally, Lewis said he and his crews had been anticipating a very busy holiday weekend this year.

“We had an Incident Action Plan developed, and it worked,” he noted. “This Fourth of July was a lot worse than last year in terms of responses. We are also investigating the possibility of someone intentionally setting fires throughout the community and we are working closely with law enforcement to identify any suspects.”