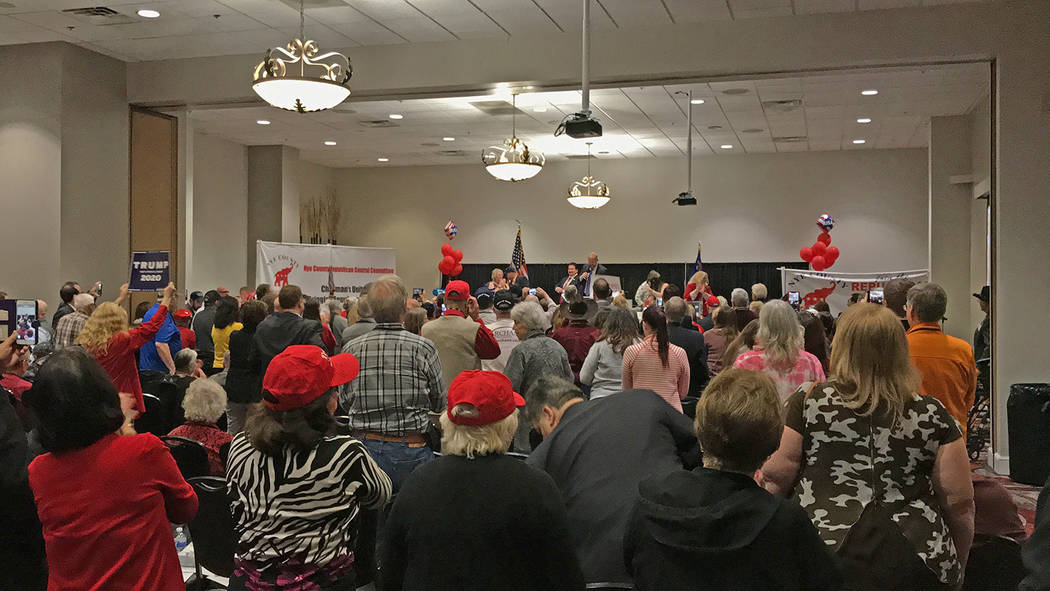 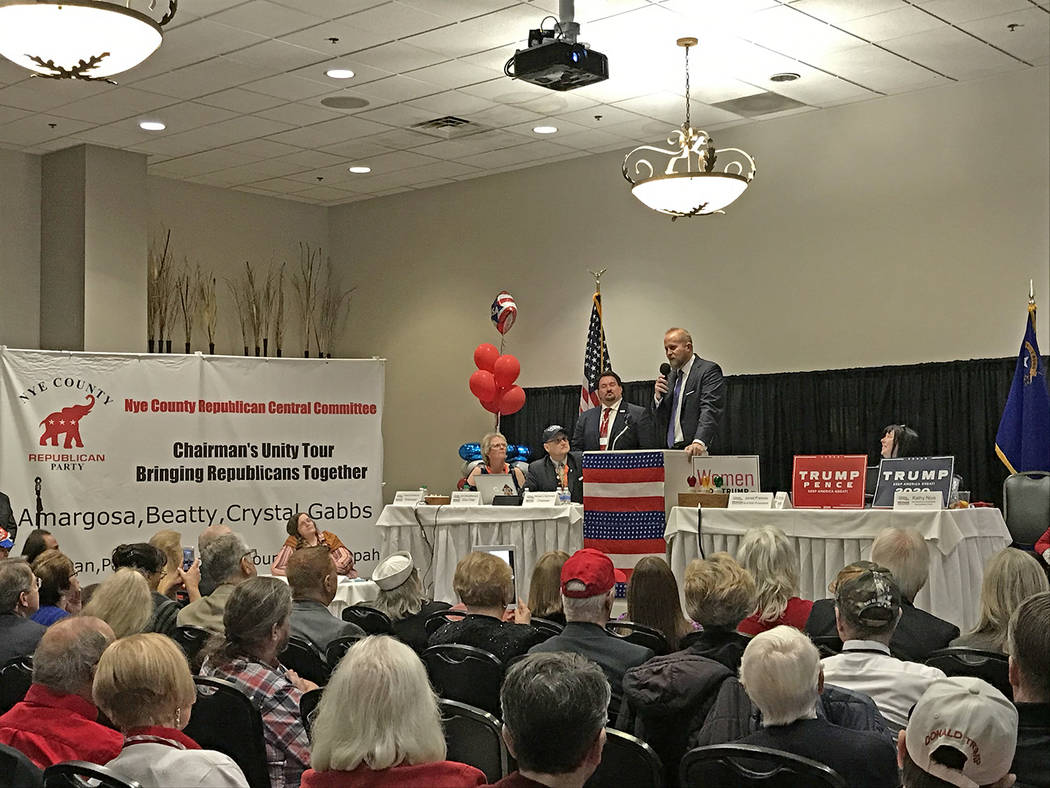 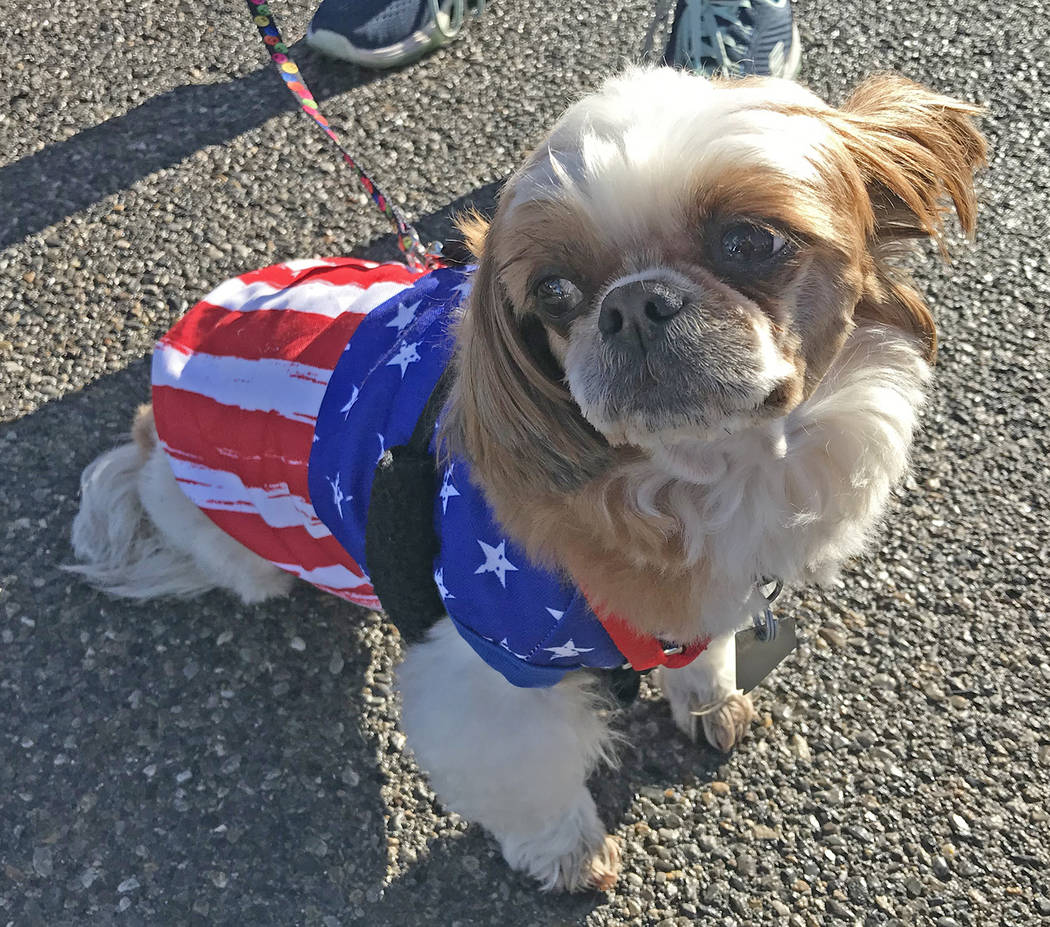 Robin Hebrock/Pahrump Valley Times This photo shows a local pooch all dressed up for the Keep America Great Parade. 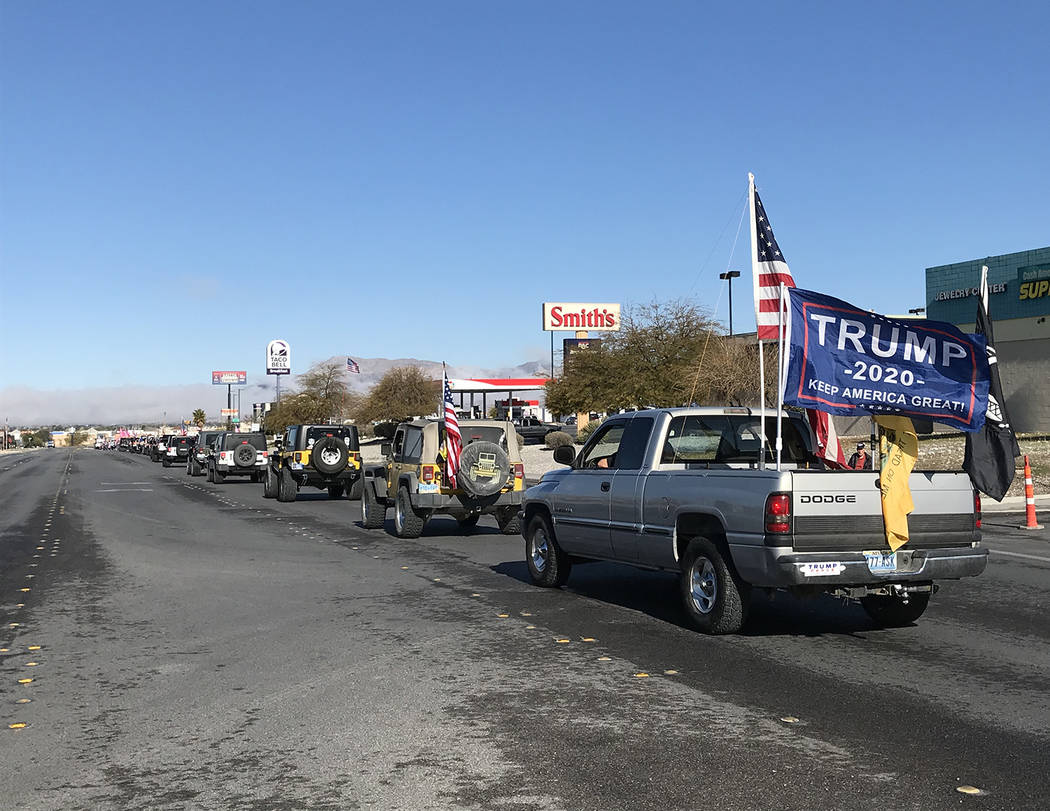 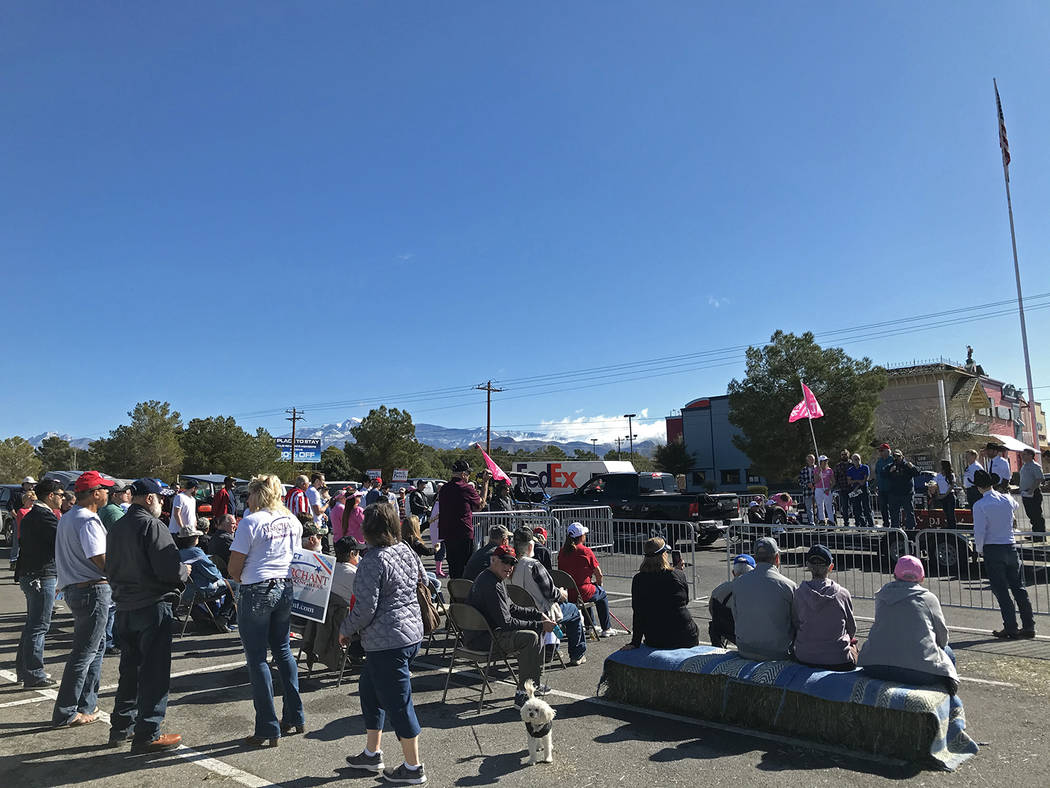 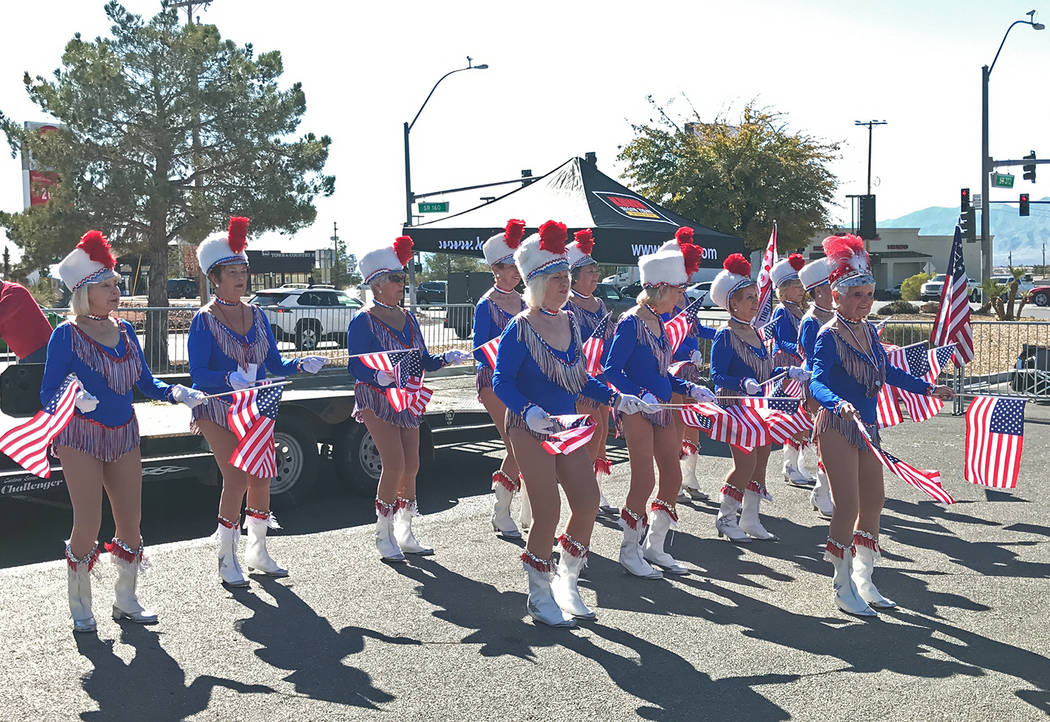 Robin Hebrock/Pahrump Valley Times The events on Feb. 23 were capped off by a patriotic performance by the Nevada Silver Tappers.

The weekend of Feb. 22 and 23 was a big one for the GOP, with both the Nevada Republican Party and the Nye County Republican Central Committee hosting events throughout both days in Pahrump.

The weekend kicked off with the Nevada Republican Party’s Winter 2020 State Meeting, hosted Saturday, Feb. 22 at the Pahrump Nugget. There was plenty of regular business on the agenda but the main attraction of the meeting was undoubtedly the party’s formal vote to endorse and bind its delegates to President Donald Trump.

Around 3 p.m. that afternoon, the Pahrump Nugget Events Center was swarming with members of the Republican Party as well as a bevy of media representatives all eager to capture the moment.

Nevada Republican Party Chairman Michael McDonald took to the stage, quieting the crowd before announcing, “Well ladies and gentlemen, the time has come. We have one name for the nomination for president of the United States. All those in favor of Donald J. Trump, signify by saying, ‘Aye’.”

As expected, the meeting attendees all shouted out “Aye” as one, many leaping to their feet when doing so in a sign of their enthusiasm for Trump. The formal vote was then followed by a loud chorus of voices all chanting “Four more years! Four more years!”

“The meeting went great. This was a great honor for Nye County and Pahrump to have the state meeting held here,” Nye County Republican Central Committee Chairman Joe Burdzinski told the Pahrump Valley Times. “Nye County is known as the most Republican county in Nevada. The White House sent Brad Parscale, President Trump’s national re-election campaign manager, to attend in order to give us all an update on how things are going with the re-election so far. He received a standing ovation after his report and motivating talk.”

“The Keep America Great parade was a huge success for us and for Pahrump. We had 20 different groups participate,” Burdzinski detailed. “The weather could not have been better; we dodged a bullet there considering the entire day of rain on Saturday and high winds Monday.”

Former Nye County Commissioner Frank Carbone and current Nye County Commission Chairman John Koenig, both of whom are running for the district 2 commission seat this year, took part in the parade too, as did appointed Nevada District 36 Assemblyman Greg Hafen II and his 2020 opponent, Dr. Joseph Bradley.

Cowboys for Trump, Robert Thomas III and his wife Debra Gaylord Thomas of the New Nevada movement and Richard Williams of Bikers for Trump took part as well, along with Women for Trump, the Pahrump 4 Wheelers, Paul Engs and Gary Brunson with the VFW Riders, Doc and Flip Suare and Nye County Sheriff Sharon Wehrly.

“I want to thank Sheriff Wehrly and the sheriff’s officers, the sheriff’s Auxiliary, and Nye County Commissioner Debra Strickland for their help and guidance to help make the parade a success,” Burdzinski said. “Also, Bruce Russell for providing the music and Bruce Schoenburge for his donation of the 30-foot balloon. It was so much fun to see people lining up to watch the parade and holding up signs supporting President Trump.”

Following the parade, participants and attendees made their way back to the Pahrump Nugget parking lot for the rest of the morning’s events, which included speeches from several candidates for office and closing ceremonies with the Nevada Silver Tappers.

“We had candidates giving speeches about their positions and encouraging conservatives to vote in the Republican primary election on June 9,” Burdzinski stated. Those speaking that morning included Carbone, Hafen, Koenig, Song Sutton, Marchant, Peters, Navarro, a representative of Wood and commissioner Donna Cox, as well as a representative from Cowboys for Trump.

“Michael McDonald, Chairman of the Nevada Republican Party, warmed the crowd up. After all the speeches were finished, the Silver Tappers did a very rousing dance routine to patriotic standards, finishing off with Lee Greenwood’s ‘God Bless the USA.’ The crowd loved it,” Burdzinski concluded.