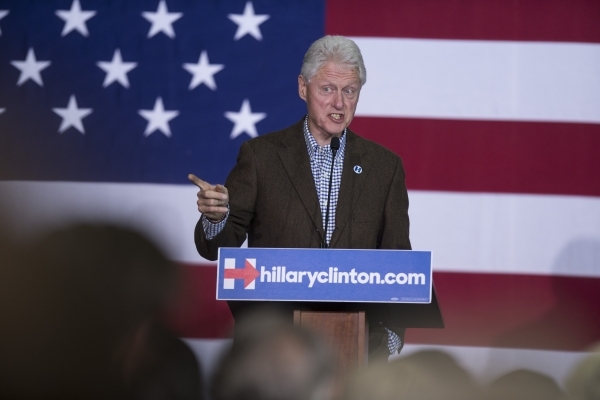 Former President Bill Clinton is scheduled to appear at an event in Pahrump in support of his wife’s campaign on Saturday, according to a press release.

With two weeks remaining before the Democratic caucus in Nevada, Bill Clinton will make a visit to the most populous area in Nye County.

The former president is scheduled to appear at Manse Elementary School at 4881 N. Lola Lane in Pahrump on Saturday from 9:45 a.m. to 11 a.m.

The visit will come a day after he will be in Las Vegas. At both events, he will state why his wife is the best choice for “shared prosperity for all,” the campaign said.

The campaign for former Secretary of State Hillary Clinton has faced an unexpected challenge from Vermont Sen. Bernie Sanders in the Iowa caucus earlier this week as the two Democratic candidates were locked in a virtual tie.

On Feb. 9, Democratic and Republican candidates will head to New Hampshire for a primary. The Nevada Democratic caucus will take place on Feb. 20.