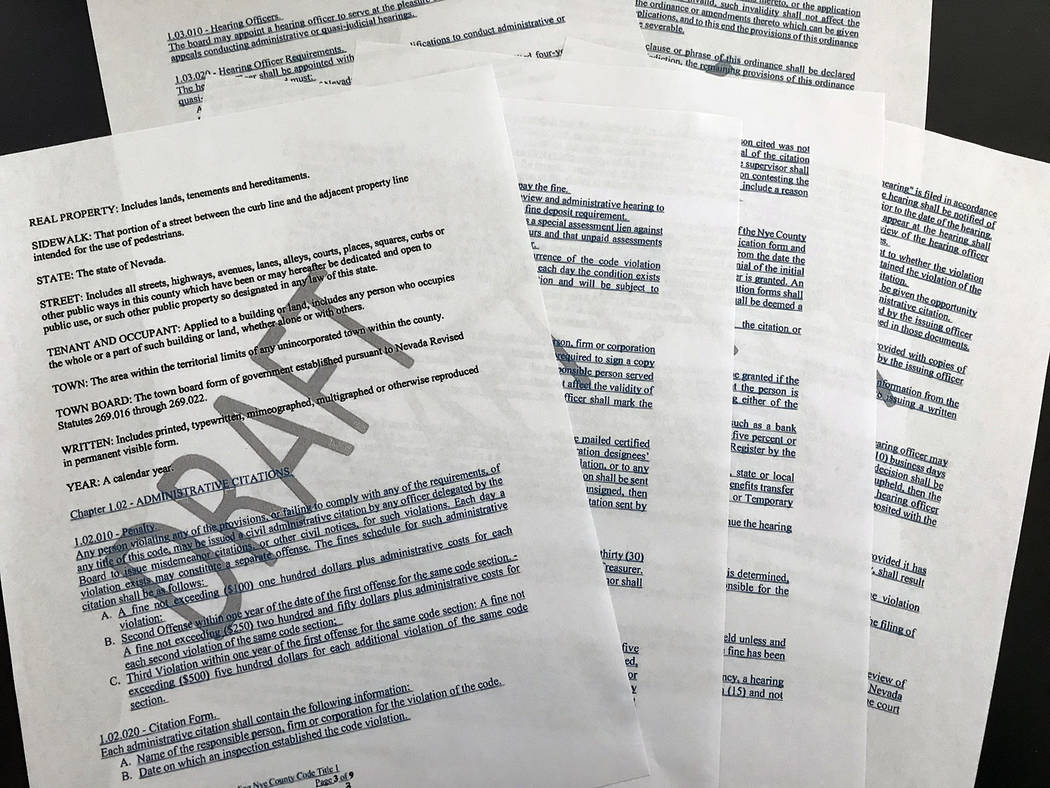 Robin Hebrock/Pahrump Valley Times This photo shows the draft of the bill proposed to amend Nye County code by adding chapters for "administrative citations" and a "hearing officer". 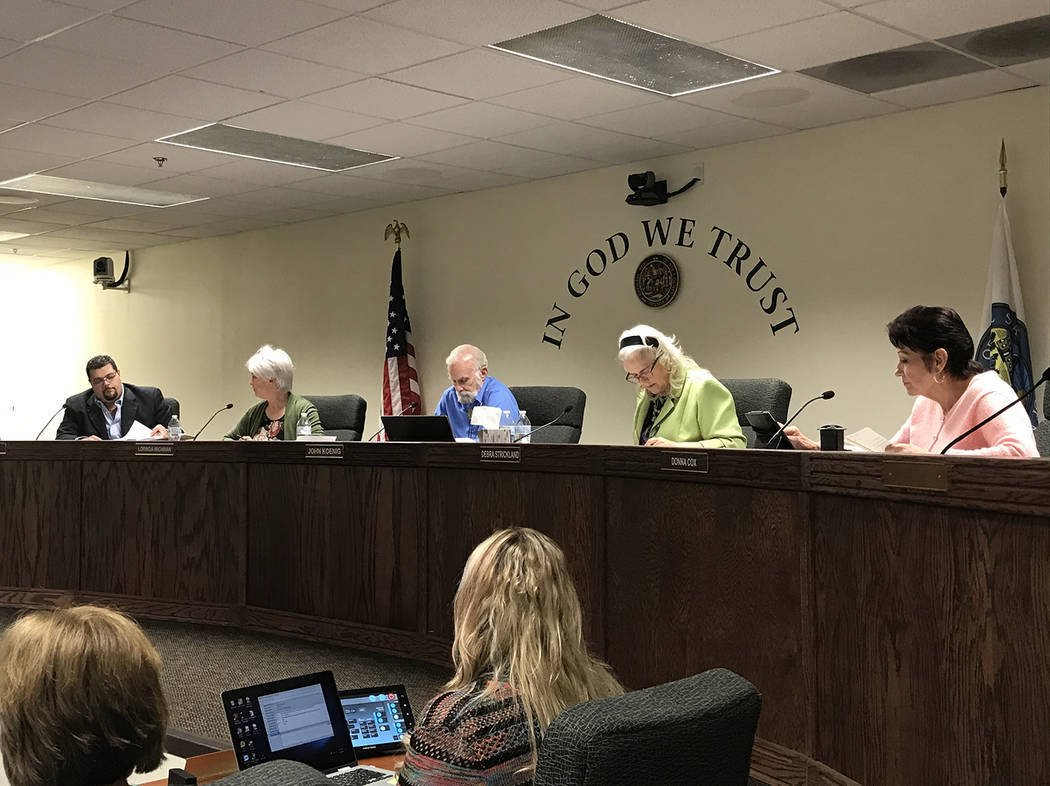 At its Tuesday, Jan. 22 meeting the Nye County Commission had a simple agenda item to address, that of setting the time and date for a public hearing on a bill to amend Nye County code to add chapters entitled “Administrative Citations” and “Hearing Officer”. That public hearing, however, failed to be set and the item was killed by lack of motion.

That does not mean the item is entirely dead, though, as it is likely to come before the commission again sometime in the future, given explanations provided individually by commissioners following the meeting.

The agenda item was to set the public hearing for Nye County Bill No. 2020-03 which would amend Nye County Code Title 1, governing the general provisions of the county. The bill proposed to add roughly five pages of new language to the existing code to authorize the creation of administrative citations and a related hearing officer position.

Administrative citation recipients would also be able to file an appeal within 10 days of either the issuance of the citation or the denial of an initial review. This appeal would then be turned over to a hearing officer who would need to hold a hearing in the matter not less than 15 days and not more than 60 days from the date of the request for hearing.

Nye County Commission Chairman John Koenig opened the item on Jan. 22 and turned to his fellow members for a motion.

After a moment’s hesitation, Nye County Commissioner Lorinda Wichman made the motion to set the time and date for the public hearing for 10 a.m. on February 19. This was followed by several seconds of complete silence, to which Wichman remarked, “Really? It’s going to die for a lack of second? And it’s just setting a date, time and location? There is obviously something I don’t know.”

She then decided to withdraw her motion and with no others forthcoming, the agenda item died for lack of motion.

The Pahrump Valley Times reached out to each of the commissioners individually to ask why they had decided to forego setting a time and date for the public hearing and received responses from four of the five as of press deadline.

Koenig explained that as the chairman, he does not typically make motions. He noted that he had not anticipated the agenda item would turn out as it did, stating, “If I had it might have gone down differently.”

Wichman replied that she has in fact seen other agenda items throughout her 11 years on the board that have died for lack of motion, adding that non-action is generally used as a method to provide the commission and county with more time before addressing an item.

This was echoed by Nye County Commissioner Debra Strickland’s comments. She said she desired more time with Nye County Planning Director Brett Waggoner, who brought the bill forward, to work on the verbiage as there were certain sections with which she was not wholly satisfied.

Nye County Commissioner Leo Blundo said he was not comfortable with setting a date and time for the public hearing because he believed the bill allows for civil fines as a first resort, rather than as a last resort. “This could have a negative affect on both residents and businesses,” Blundo stated. “We must be engaged to write code that is needed for all to follow and live by, not arbitrary and for the ease of government to fine people.”