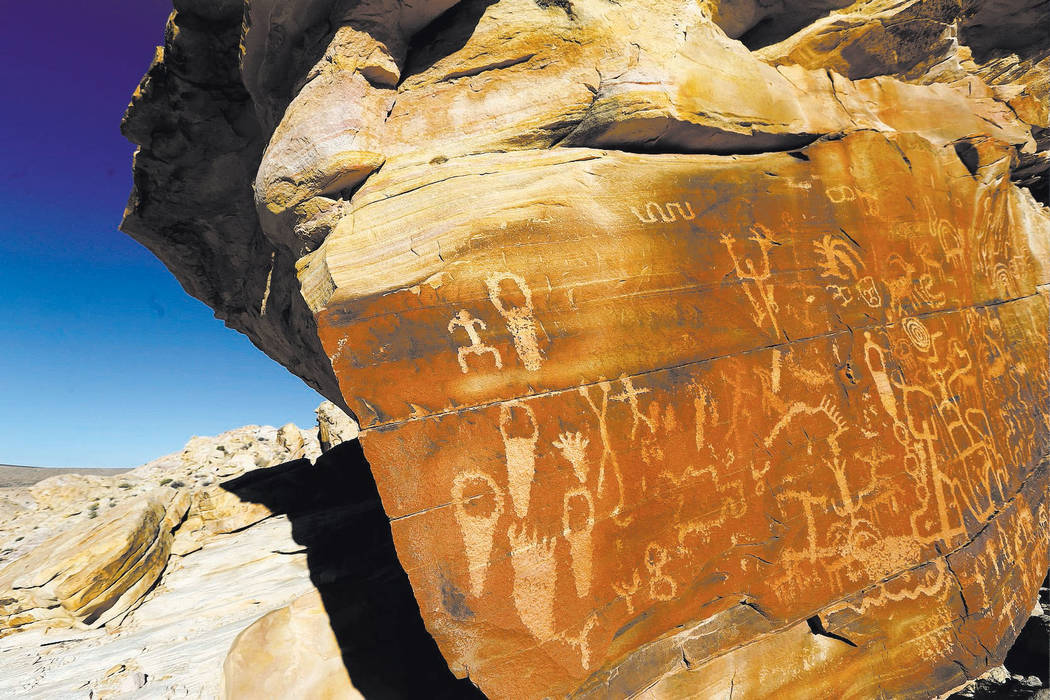 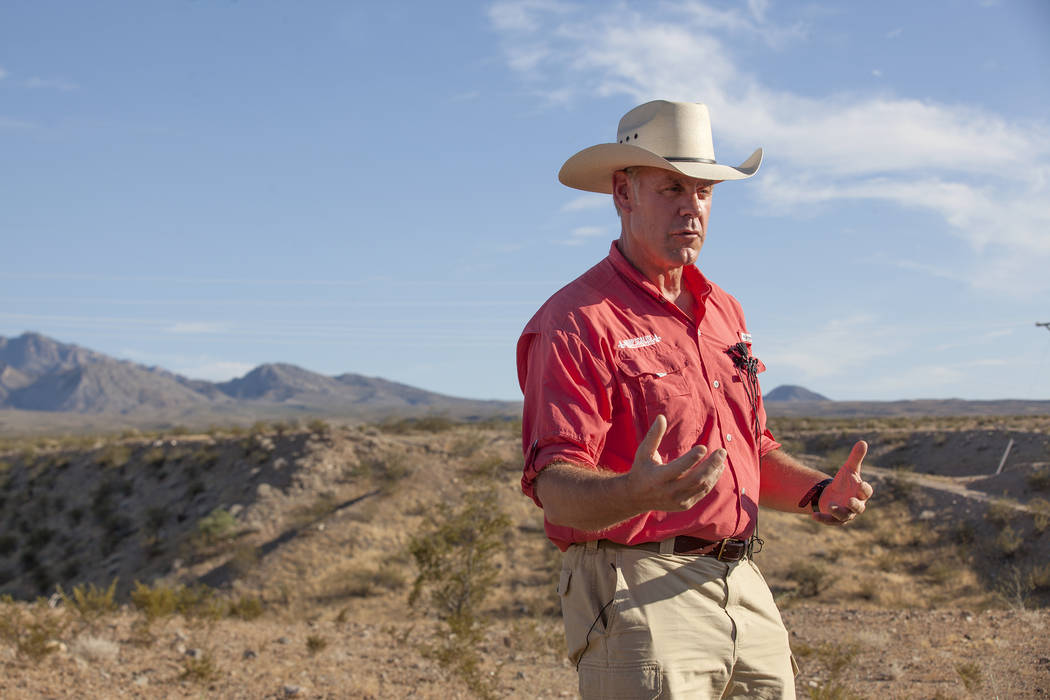 Interior Secretary Ryan Zinke talks to the media on Sunday, July 30, 2017, outside a private home in Bunkerville. Zinke was in the area to discuss the review of Nevada's Gold Butte and the Basin and Range national monuments. (Rachel Aston/Las Vegas Review-Journal) @rookie__rae

The U.S. Bureau of Land Management is scrapping a long-delayed revision of its overall land-use blueprint for Southern Nevada after working on the massive document off and on for the past decade.

Agency officials decided to “terminate” the process rather than release a draft of the document this fall as planned, according to an email obtained by the Las Vegas Review-Journal.

James Lee Kirk, the BLM’s acting manager for Gold Butte National Monument, said in the email that the decision was made “at the local level,” not handed down by the bureau’s deputy director or the Department of Interior.

But at least one local environmentalist thinks the Las Vegas BLM office may have been forced to abandon the revision because of new Trump administration rules aimed at streamlining planning documents and environmental reviews.

“It may be based on some of the unreasonable demands that have been put on the process,” said Kevin Emmerich, co-founder of the Nevada-based environmental group Basin and Range Watch. “It’s entirely possible, to be objective, that they simply can’t meet those demands, so they canceled it.”

Last year, Interior Secretary Ryan Zinke issued an order limiting environmental impact statements to no more than 300 pages and requiring them to be completed within one year. A follow-up directive from Deputy Interior Secretary David Bernhardt in April required BLM planners in Las Vegas to finish their revision of the Southern Nevada District Resource Management Plan by April 27, 2019, roughly two years sooner than originally forecast.

The directive from Washington also would have forced local BLM officials to cut roughly 1,900 pages from the document.

Since the document’s last major update 20 years ago, the region’s population has grown by almost 1 million.

The BLM started work on an update in 2008 and released a draft of the revised plan in October 2014, only to be met with a flood of criticism. After the Nye County Commission passed a resolution calling the document “repugnant,” the state director of the BLM put the planning process on hold for more than a year.

Work on the revision finally resumed last fall and included a series of public meetings held early this year. At the time, BLM Las Vegas field office manager Gayle Marrs-Smith said the resource management plan was “in need of a refresh, that’s for sure.”

As recently as late August, BLM spokesman John Asselin said agency officials were still working on the document and hoped to release a draft of it for public review this fall.

The updated document was expected to designate more than 25,000 acres for solar energy development and expand or establish new “Areas of Critical Environmental Concern” to protect almost 278,000 acres of wildlife habitat, cultural and archaeological resources, and unique scenic landscapes.

Emmerich worries that cancellation of the revision will make it more difficult to protect such sensitive areas in the future.

But he said he’s more troubled to see the public miss out on such a major opportunity to shape land-use policy in the region.

“The demographics of Southern Nevada have changed dramatically since 1998, and so many people have opinions on the management of this 3 million-plus acres,” Emmerich said. “I think it’s irresponsible of the BLM just to cancel it.”

Messages left for bureau officials in Las Vegas were not immediately returned earlier this month.

Clark County Air Quality Director Marci Henson said she couldn’t comment on the development because of the county’s status as a formal cooperating agency in the revision process.

In his email sent last week, Kirk said planners decided the full update wasn’t necessary because “most of the larger issues have already been addressed through legislation and other (resource management plan) amendments already approved.” Any lingering issues “could be resolved through smaller, focused amendments” to the current plan, he wrote.

Kirk, who was heading up the team responsible for revising the plan, said the decision to scrap the work won’t become official until a notice about it is published in the Federal Register.