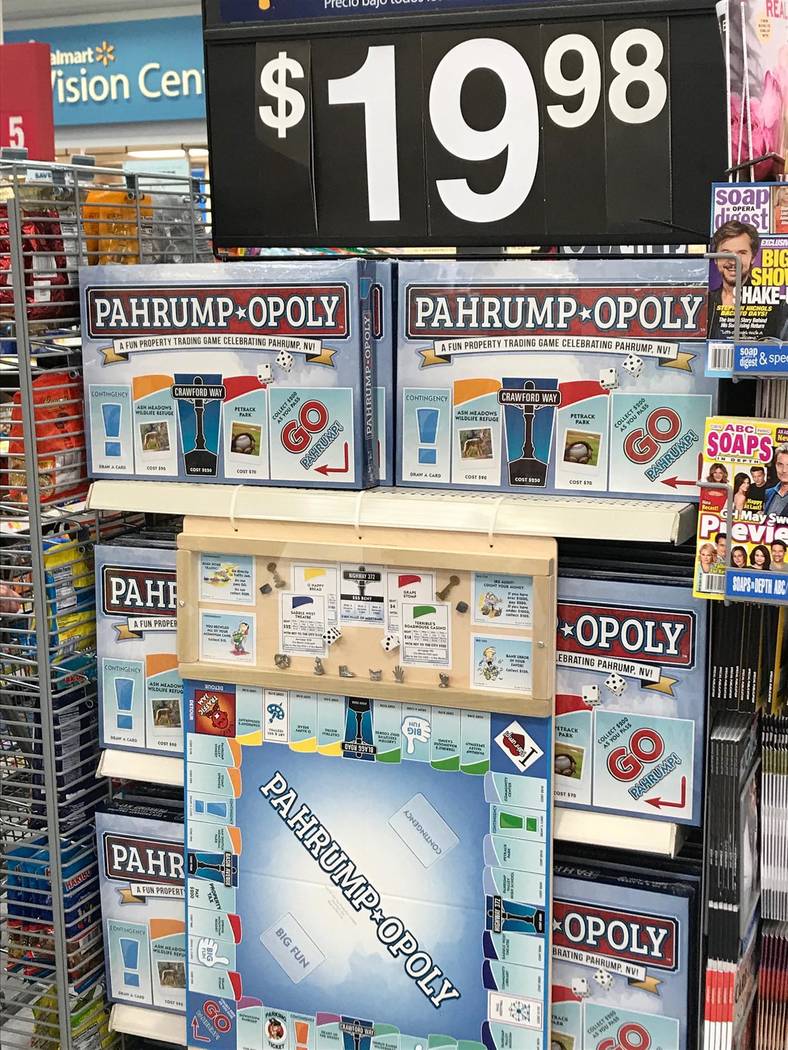 Heather Ruth/Pahrump Valley Times Pahrump-Opoly, a board game based on the original Monopoly, arrived at Walmart’s Pahrump store in early May. 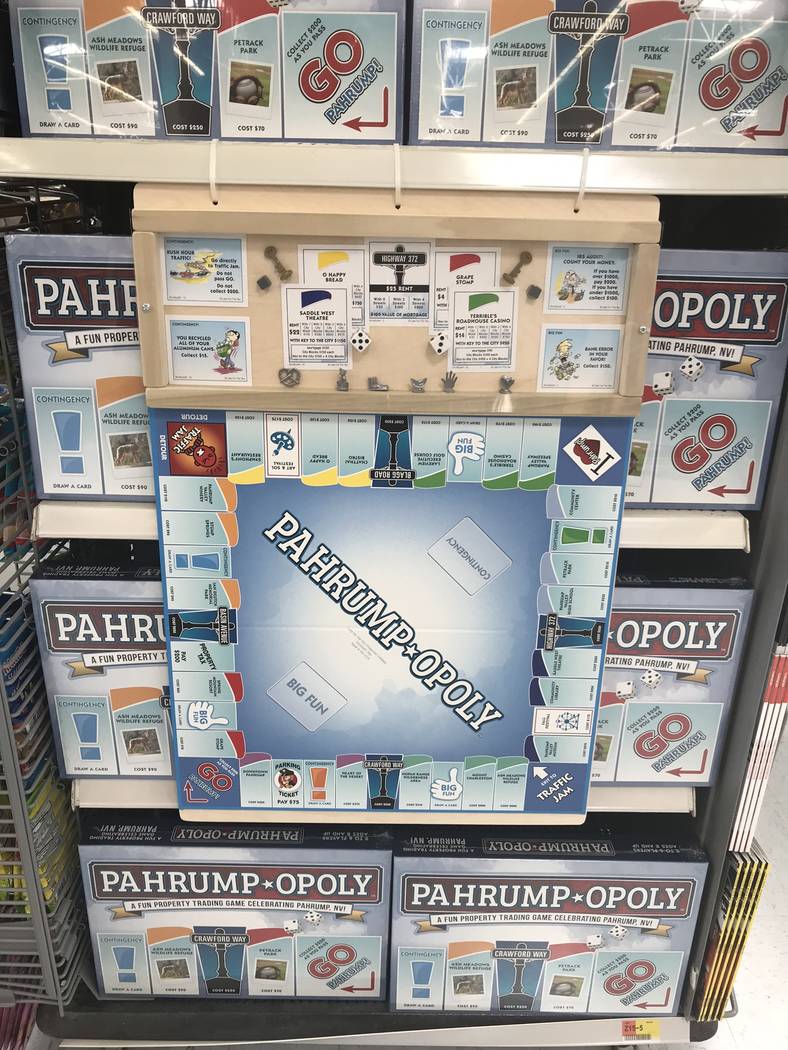 Jeffrey Meehan/Pahrump Valley Times A new board game based on Pahrump hit shelves in May. As of Monday, there were none in stock at the Pahrump Walmart at 300 S. Highway 160.

A board game based on Pahrump was released this spring.

Pahrump-Opoly, a board game based on the original Monopoly, arrived at Walmart’s Pahrump store in early May. The board includes a list of interesting sites around town, annual events and other stops in Pahrump.

“It just came out, and there’s been some great interest,” said Bill Schulte, one of the owners of Late for the Sky Production Co., which produces the game.

The game, being sold exclusively at Walmart at 300 S. Highway 160, was not in stock as of Monday morning. A clerk in the store didn’t have a timeline of when the game would be back on shelves.

The game is only available in-store and not online.

The games are designed and manufactured in Cincinnati by Late for the Sky Productions Co. The company has been in operation for about 35 years and got its start making Monopoly-style games about U.S. colleges.

According to the company’s website, Late for the Sky’s first game in 1984 was Miami-Opoly, based on Miami University in Oxford, Ohio. Following that, the list of major U.S. colleges that had their own game grew to 80.

“Our current theme is we go to smallish towns, communities around the country, at the behest of Walmart who has an interest,” Schulte said. “We do store-by-store, community by community.”

Late for the Sky has had games in towns and cities in Utah, Arizona, New Mexico, Colorado, California and in the eastern part of the U.S. and in the South, according to Schulte.

“Where the interest lies is the next place we’ll be,” Schulte said. “We make them for Walmart communities or communities that have Walmart stores in them all over the country.”

The Pahrump game has several known stops and events, such as the Grape Stomp, Terrible’s Roadhouse Casino, Ian Deutch Memorial Park and others.

The game doesn’t include any brothels or places such as Front Sight Firearms Training Institute. “Spring Mountain Resort” was a name listed on the game board.

Schulte explained that the content in the game is derived through research and speaking with people in a community.

“We’ll look at the chamber of commerce website or if there’s a visitor’s website, just something that gives us some ideas what you would expect to find on the game,” Schulte said.

Schulte said Late for the Sky approached then-producer of Monopoly, Parker Brothers, for permission to create a game similar to Monopoly.

“We sent a copy to then Parker Brothers, and Parker Brothers then said if you don’t use Boardwalk and Park Place, chance and community chest, on and on and on, then go ahead, it’s okay with us,” Schulte said.

That agreement was later honored by Hasbro Inc., which acquired Parker Brothers as part of an acquisition deal for Tonka Corp. in the early 1990s.