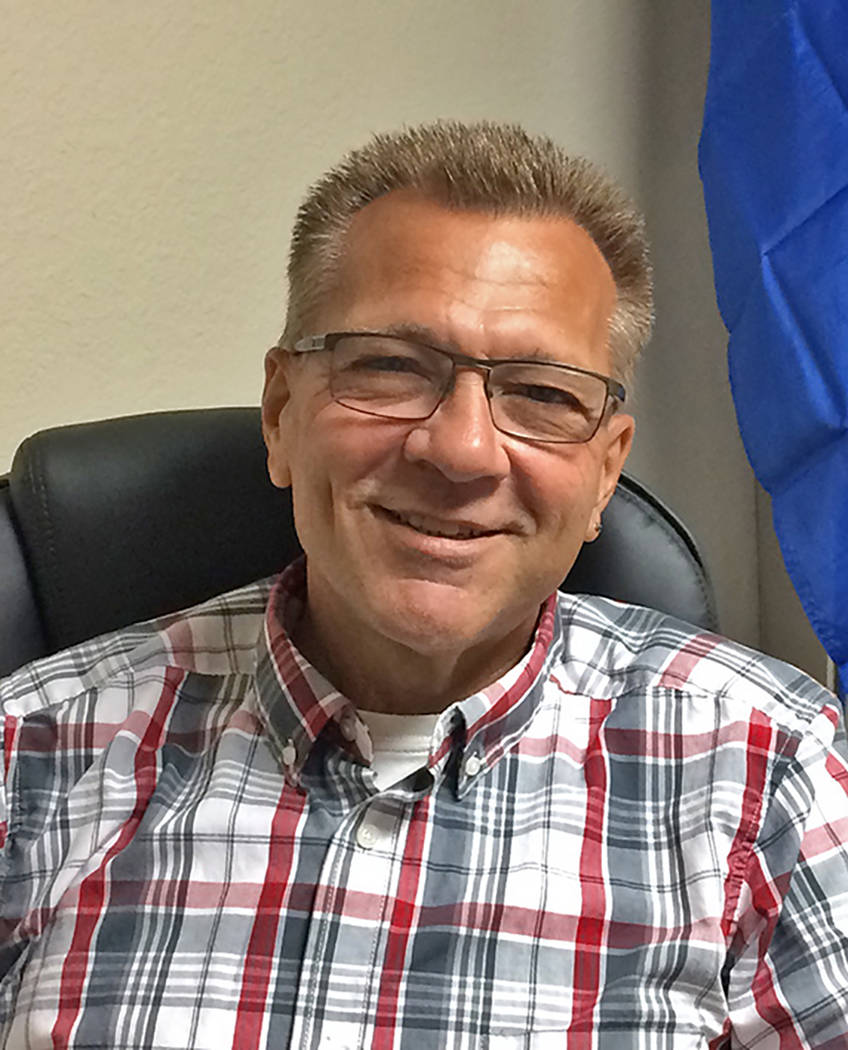 Robin Hebrock/Pahrump Valley Times Dr. Joseph Bradley is seeking the Republican nomination for the Nevada Assembly District 36 seat in the 2020 election. The candidate held an event at the Pahrump Senior Center in early January. 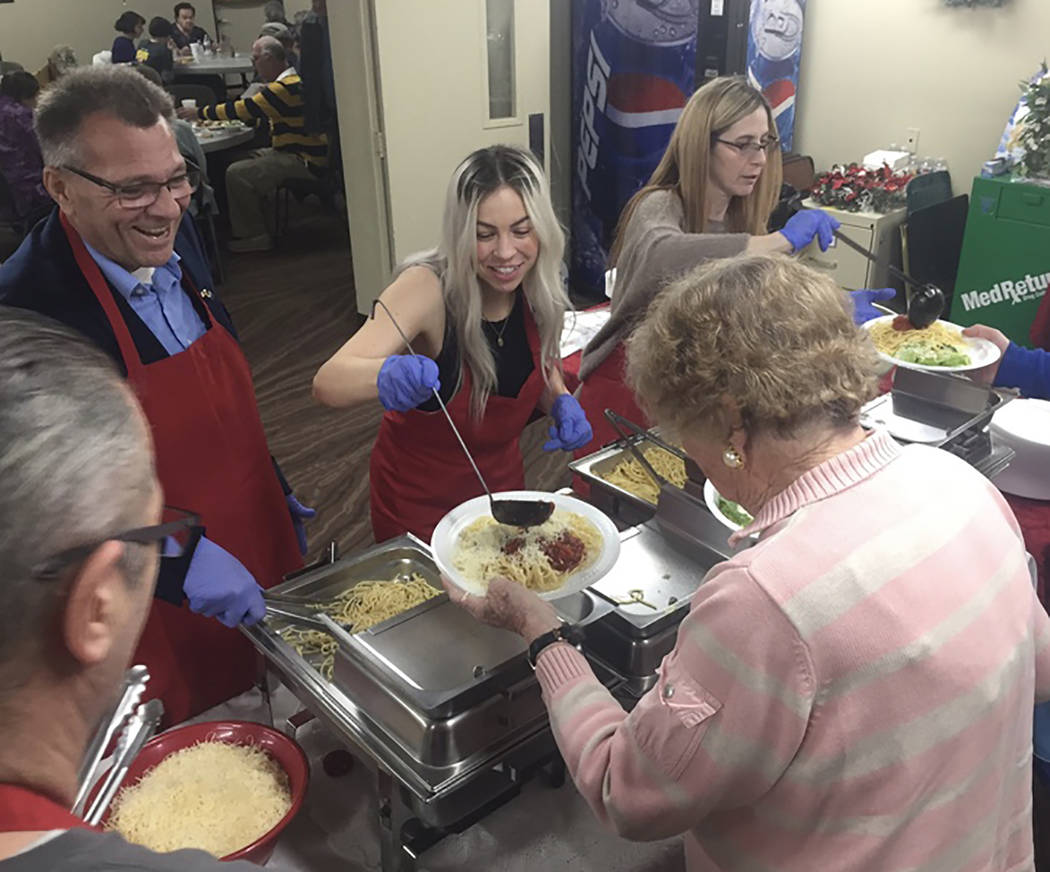 Photo courtesy of Chuck Muth Dr. Joseph Bradley, Republican candidate for Assembly District 36, serves up a helping of spaghetti during a recent visit to the Pahrump Senior Center on National Spaghetti Day. Bradley is joined to his left by daughter Melinda and wife Hannah for the free event, which attracted upwards of 80 attendees.

National Spaghetti Day was certainly not lost on the man running for the Nevada District 36 Assembly seat.

The former law enforcement officer, who is currently an addiction specialist, along with his wife and daughter, served up free spaghetti dinners and spoke about his campaign to attendees.

“We probably had 70 to 80 people come through, so it went very well and it was super fun,” Bradley said. “Myself, my wife and my daughter were doing the serving. We really enjoyed meeting with the residents of Pahrump.”

As far as reaching out to rural communities such as Pahrump, Bradley noted that there are two kinds of people.

“There are the kind that serve and the kind that expect to be served, and my entire adult life has been about service,” he said. “I was in law enforcement, and I’ve been in health care, and it’s a very selfish motivation. It’s fun. It’s fun to do something for people, especially elderly people. The best relationship is where you can do something for someone else, and simultaneously do it for yourself. I think service comes in many ways and we all contribute in some way, shape or another. Basically, doing this is just an overt way of expressing that.”

Additionally, Bradley spoke about why individuals and families move to rural areas of the Silver State.

“To be blunt and to the point, people move to rural areas just to be alone, so to speak,” he said. “They want to be away from all of the hubbub. The rural areas are even more significant because so many decisions are made by more populous areas, but those state laws impact everyone, and it definitely affects rural living.”

Malfeasance among public officials was yet another topic Bradley spoke about.

“In my opinion, there is too much old corruption and new corruption coming together, and it’s time that we start operating with ethics and integrity, and let’s start doing things right,” he said. “This good old boys club, so to speak, has to stop. That mentality is still in existence, and it has to end.”

At present, Bradley, who comes from a blue-collar, middle-class family, is a self-made Nevadan by choice.

He is also a writer who is heavily focused on helping individuals affected by substance abuse issues and a variety of other addiction-related matters.

“I’m a board-certified addictionologist and I’m actually an author of a book,” he said. “I have led family programs and actually have spoken to addiction as a disease from a scientific brain perspective at numerous treatment centers across the United States. I have done many, many talks, and I continue to do so. I contract with different treatment centers.”