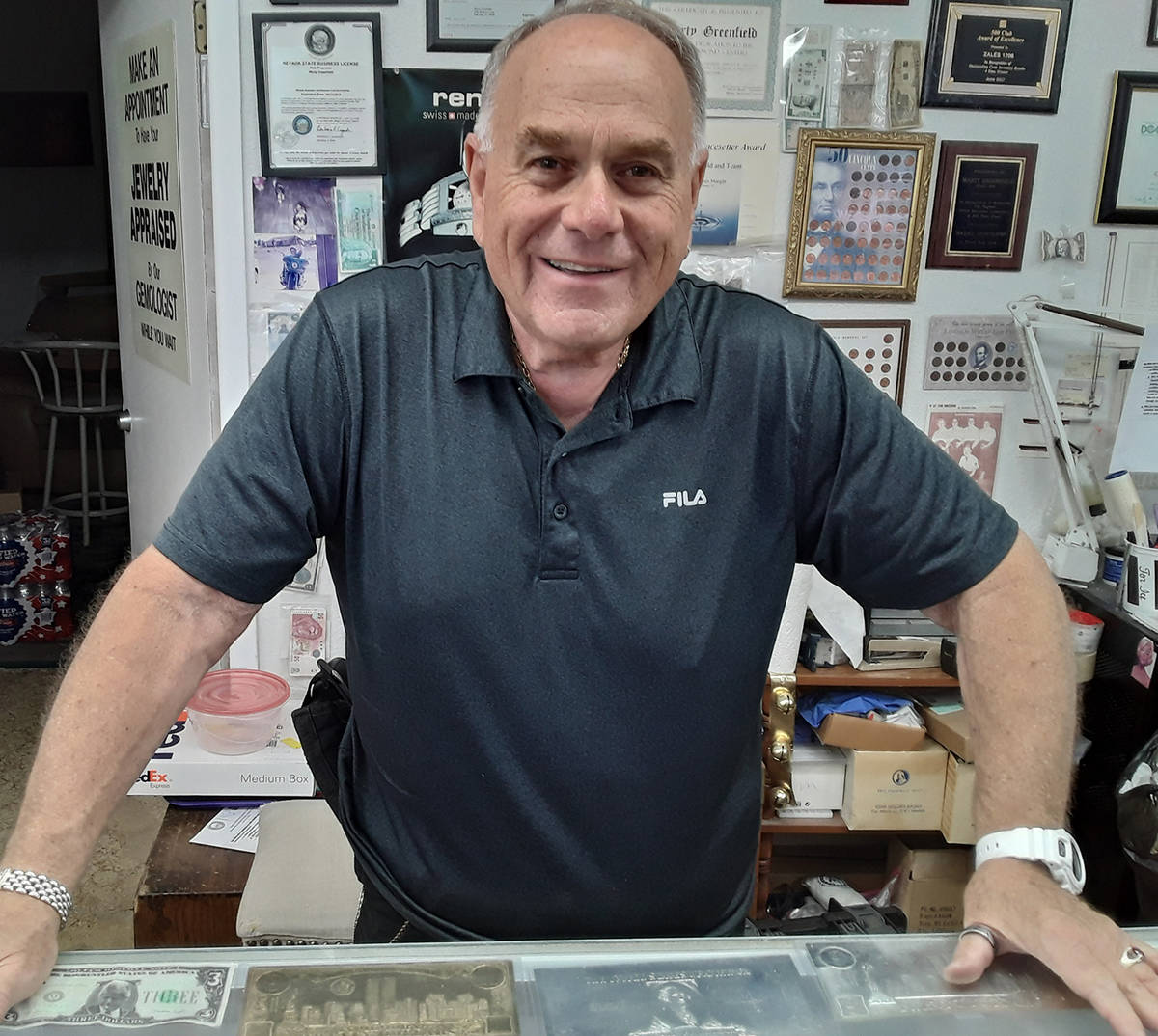 Marty Greenfield, who owns a jewelry business just off Highway 160, a few yards east of Taco Bell, is offering to provide watch batteries for sheriff’s deputies, fire department crews and all front-line responders free of charge.

“All they have to do is show me their ID,” he said. “I felt that I had to do something for all these people who have put their lives on the line for us and that includes the nurses, the doctors, the sheriff’s deputies and fire department crews, who are out working every day. It is time to recognize them for their service to protect the community.”

Beyond the free watch batteries, Greenfield is also providing another token of his appreciation for the first responders, as his business carries a wide variety of batteries for many different devices.

“We shut down just like everybody else because of the COVID-19 virus,” he said. “People were calling because they couldn’t get their car doors open because their key fobs had dead batteries. People were having difficulties trying to start the car because the key fob has to be powerful enough because it meets with the ignition module. We also do garage door opener batteries. Not all garage door openers use the AA or AAA-type batteries. They use a different number and I have both of them.”

As his business was considered non-essential in the wake of the virus outbreak, Greenfield said he was forced to close his doors and get a little creative.

“People were calling but I couldn’t accommodate them,” he recalled. “Fortunately, after a few weeks I was allowed to do curbside service with a mask on for watch batteries and jewelry repairs only and I was not permitted to sell any jewelry, or any item whatsoever during that time because that was considered jewelry, and jewelry is not an essential item. I would also deliver the repairs to their home and put them in the mailbox. My girlfriend, Elizabeth Sterling and I would go and drop repairs in the mailbox, and the money would be in the mailbox, so we would not have any contact, which was pretty good. We did that to accommodate people because we had their jewelry. They wanted their jewelry because they thought we may never reopen again.”

Aside from his day-to-day business affairs, Greenfield has taken on an effort to help the community at-large.

“A ministry that I knew about was getting bread, and when we finally opened up, people were selling gold or silver, because they needed money for groceries and that broke my heart,” he said. “The ministry approached me and said they had bread available. I had a conversation with them, and I said I have people every day who need food.”

As a result, Greenfield has been providing loaves of bread to anyone who needs them.

“Over the nine weeks I have been doing this, I have given away almost 1,400 loaves of bread and sweets,” he said. “I also have three people who distribute the loaves of bread to people who are shut-ins. Anybody in the community who is in need can request the bread. All they have to do is stop in and introduce themselves. I will call them and tell them when it’s happening. It’s usually on Saturday mornings at about 10:30. We have been averaging around 200 loaves of bread. A jar of peanut butter and a loaf of bread can go a long way. It broke my heart because we as a country right now are not able to feed their families, pay rent, their electric bill, or their car payments and insurance. I do this out of the goodness of my heart, to give to people.”