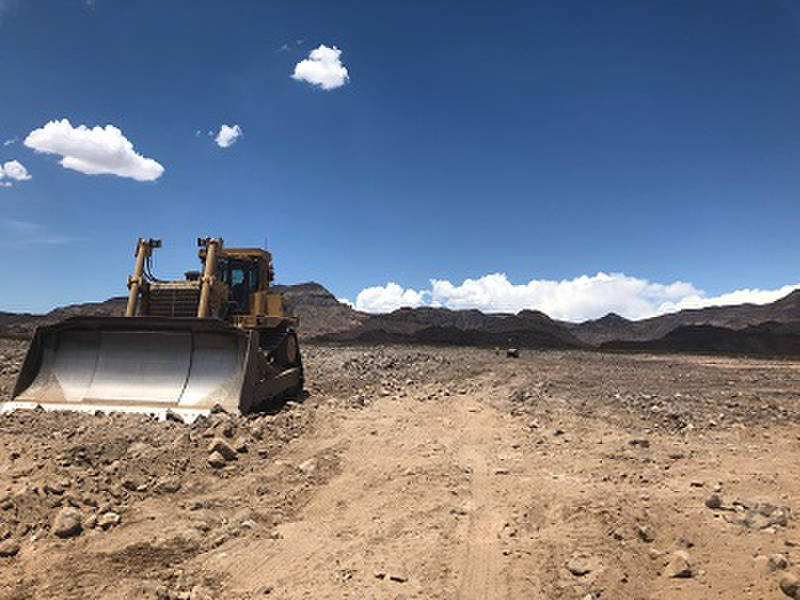 Gridliance, an independent electric transmission company with assets in southwestern Nevada, is working to interconnect with California’s grid to deliver power generated by renewables in the Silver State.

The public utilities commission in California identified more than 2,000 megawatts of renewable generation in southwestern Nevada. The California Independent System Operator, which Valley Electric Association Inc. had joined in 2013, will now launch a study of the CPUC plan and the transmission capacity needed to deliver power from Nevada.

“We commend the CPUC for their forward-looking approach to meeting California’s nation-leading climate change goals and are excited to work with CAISO to study the needed improvements to the transmission system,” GridLiance President and CEO Calvin Crowder said in a press release. “There is pent-up demand for these upgrades, and we stand ready to begin work on the Silverado Renewables Connection to expedite the deployment of these renewable resources.”

The CPUC identified the 2,000 megawatts in Nevada as part of its Integrated Resource Plan.

CAISO is pegged to study the CPUC’s plan this year during its transmission planning cycle, according to Gridliance. CAISO is expected to finalize its recommendations in March 2022.

Gridliance states the project would create thousands of jobs and over a half-billion dollars of economic activity in southwestern Nevada.

Gridliance acquired a 164-mile 230 kilovolt transmission system, which stretches across Nye and Clark counties, in 2017 for just over $200 million from Valley Electric.

Gridliance noted in its release that the first phase of its proposed Silverado Renewables Connection project would upgrade the electric transmission company’s existing 230-kilovolt transmission lines.

Mark Stallons, CEO of Valley Electric Association, was noted in Gridliance’s release that, “The project would be an essential expansion of the transmission system in the West that would improve the overall reliability and resiliency of the grid.”

The project in southwestern Nevada is being backed by organizations in both states.

The Silverado Renewable Connection has received the backing of the Coalition for the Optimization of Renewable Development, the Coalition of California Utility Employees, California International Brotherhood of Electrical Workers (IBEW) Locals, Nevada IBEW Locals, Valley Electric Association and renewable developers.

“We applaud the CPUC for its bold action in identifying the increased renewable generation California needs to meet our GHG emission reduction goals,” said Pat Lavin, business manager, California IBEW Local 47. “Silverado Renewables Connection is a commonsense solution to address climate change that will boost the economy and help put thousands of IBEW members to work.”

Comments of support were also submitted by the Nevada Governor’s Office of Energy for Gridliance’s project.

According to Gridliance’s release, “Renewable energy developers are eagerly awaiting the opportunity to meet California’s growing demand for clean energy. There are 3,100 megawattsof active renewable energy generator interconnection requests to GridLiance’s transmission system in southwestern Nevada, which the CPUC has identified as being important to the state achieving its goals to reduce carbon emissions.”

“The CPUC’s action could provide a path to deliver incremental geothermal and other renewable resources in the area to the CAISO, further improving California’s resource adequacy,” said Kiley Moore, senior manager at Ormat, a geothermal and recovered energy generation company.

Others in the energy sector also noted the importance of gaining the renewable energy Nevada has to offer.

Ricardo Graf, managing partner and chief development officer of Arevia Power, a utility-scale solar developer, said, “If we are going to decarbonize electricity generation, we need to tap into the best and most affordable renewable energy resources. The reality is that southern Nevada resources are located next door, and with cost-effective transmission upgrades, they will be a crucial component to ensuring California achieves its net-zero emissions ambitions in a timely and efficient manner.”

For more information about Silverado Renewables Connection, go to silveradorenewables.com