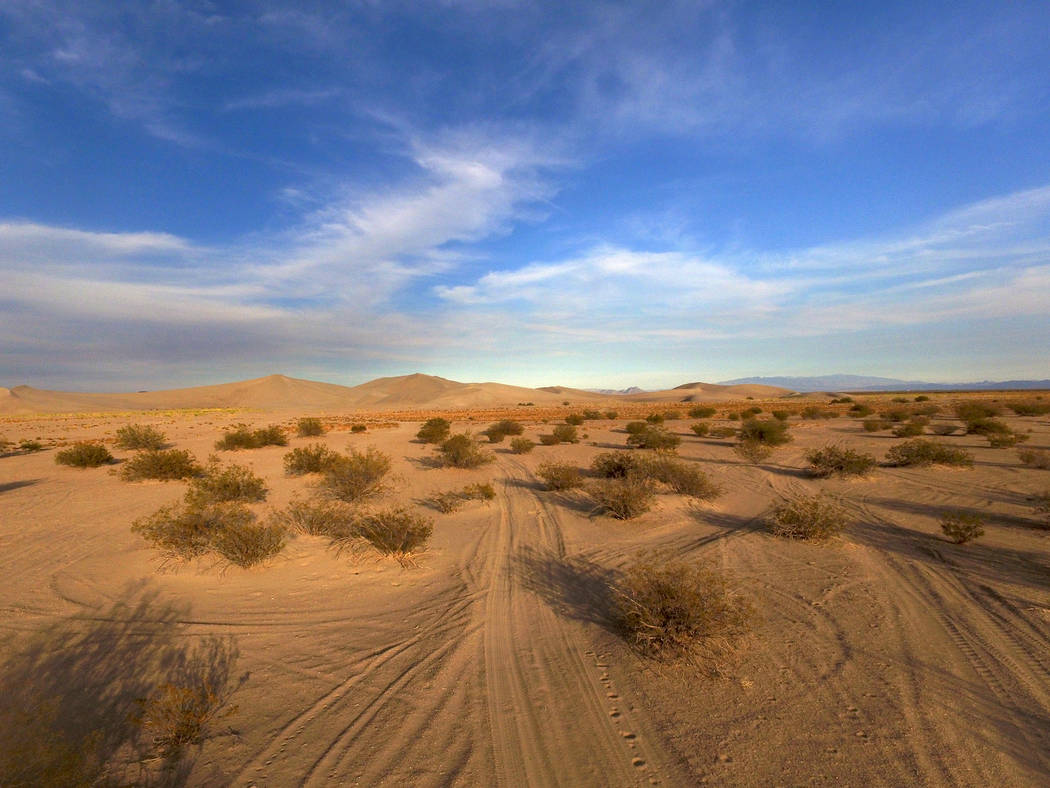 Photo by Daria Sokolova A California man died in an apparent quad crash at Amargosa Valley’s Big Dune, Nye County officials said. The dunes, which are popular among ATV and off-roading enthusiasts, are located north of Amargosa Valley, and south of Beatty.

Craig David Shead, 43, of Santee, California, was pronounced dead on the floor of the dune cup or bowl, on Oct. 9, according to the Nye County news release.

On Oct. 8, Shead left his girlfriend and children to ride his quad in the Big Dune area in Amargosa Valley and never returned.

Search and Rescue looked for Shead throughout the night, but had to suspend the search at about 3 a.m. due to strong wind gusts and low visibility, officials said.

The National Weather Service estimated the wind speeds to be at least 40 miles per hour and gusts at 58 mph, according to the news release.

On Oct. 9, a Nye County sheriff’s deputy went to the Big Dune to look for Shead. The deputy found Shead’s girlfriend on site along with her children, who said they were looking for their father.

When the deputy headed toward the dune cup and came closer to the razor ridge, he peeked over the top, which is estimated to be about 100 feet to the floor of the dune cup or bowl.

According to the documents, the deputy saw “a motionless figure lying behind a burnt squad, half-buried in sand, with no footprints around him.”

The deputy said Shead, who was airborne for approximately 200 feet before the crash, had impacted into the depression and bounced to his final resting location, according to the documents.

The commander of search and rescue didn’t go onto the dune with vehicles due to the low visibility, but ventured up by foot with night vision and was unable to see anything due to the wind, according to the documents.

Shead was unfamiliar with the Big Dune terrain, officials said. He had never been to Big Dune before and didn’t know how the terrain or wind conditions limit visibility.

The Clark County Coroner’s Office is conducting an autopsy.