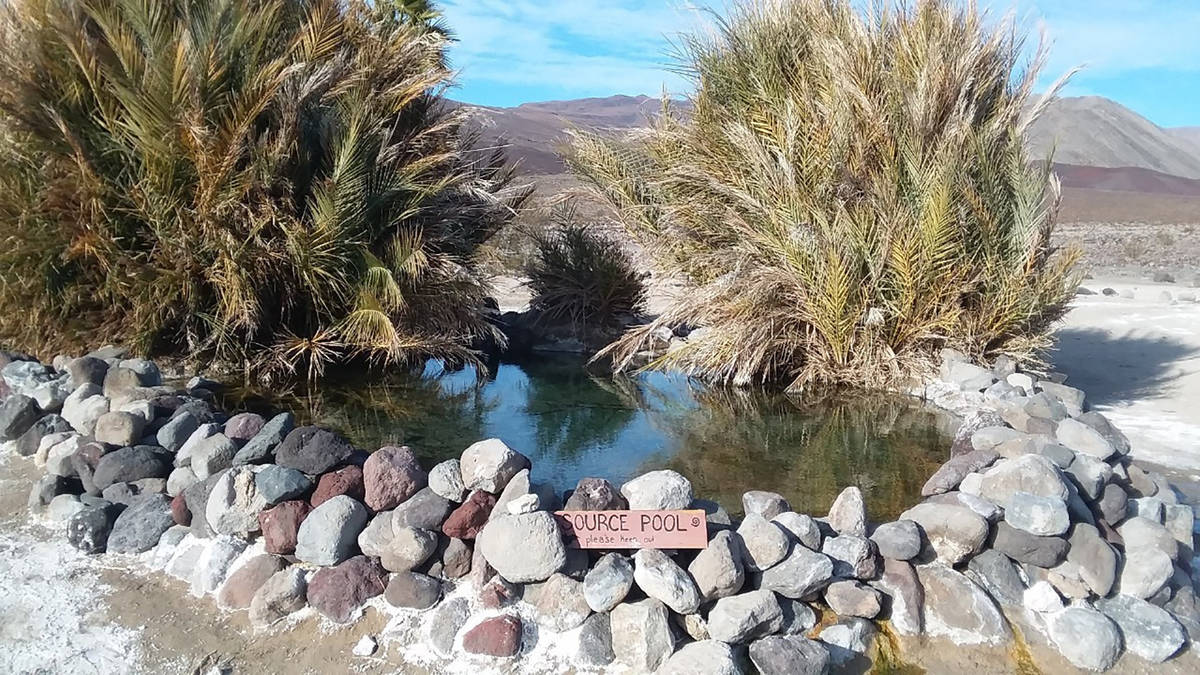 Special to the Pahrump Valley Times The body of Donald Vanneman III was discovered by two park visitors in Death Valley National Park's Palm Springs Source Pool on Dec. 20. The 63-year-old was visiting from San Francisco, Ca., according to the Inyo County Sheriff's Office and park officials.

As stated in a joint news release, the body of Donald Vanneman III, 63, of San Francisco was discovered on Dec. 20th.

“A volunteer campground host noticed Mr. Vanneman’s vehicle, but was unable to find him early on Dec. 20,” according to the release. “Later that day, two park visitors discovered his body in the Palm Springs Source Pool.”

The release went on to state that National Park Service regulations prohibit entry directly into the source pool at Palm Springs.

“Bathing is normally allowed in the man-made soaking tubs, however those are currently drained and closed due to COVID restrictions,” the release stated. “Warm Springs Campground, along with all other Death Valley National Park campgrounds, is temporarily closed due to California’s regional stay-at-home orders.”

Neither the sheriff’s office nor park officials released the exact cause of Vanneman’s death.

It was just late last year when a team of Death Valley park rangers and an Inyo County sheriff’s deputy located a deceased hiker on the morning of Sept. 7th, roughly a mile from the Zabriskie Point trailhead.

The daytime high temperature at the time registered 123 degrees, which park officials said appeared to be a factor in the hiker’s death.