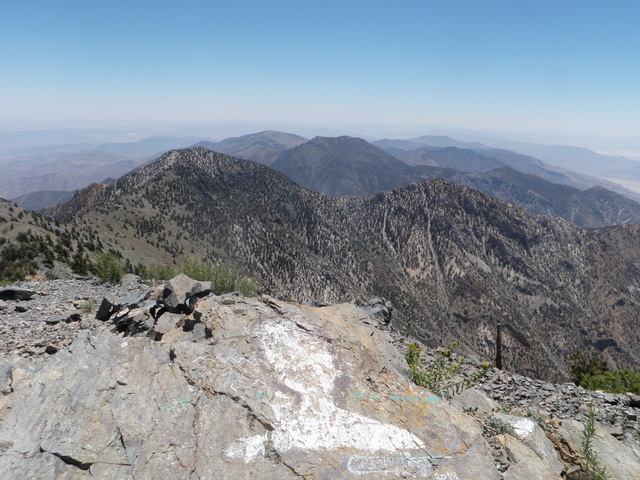 A California woman pleaded guilty to several misdemeanor counts last week, relating to damages she did at several national parks in the U.S., including a site at Death Valley National Park.

Nockey is also banned from National Park Service, U.S. Forest Service, Bureau of Land Management, and Army Corps of Engineer-managed lands throughout her probation. An undetermined amount of restitution will also be decided on at a later date.

Court documents explained that over a 26-day period, Nocket damaged rock formations within seven national parks by drawing or painting on them using acrylic paints and markers. The damages at Death Valley occurred on September 23, 2014, and was the first incident of vandalism she committed in her spree.

“The defendant’s defacement of multiple rock formations showed a lack of respect for the law and our shared national treasures,” said Phillip A.Talbert, acting U.S. Attorney. “The National Park Service has worked hard to restore the rock formations to their natural state, completing cleanup efforts in five of the seven parks. They expect to complete cleanup efforts at Death Valley in the near future and at Crater Lake as weather permits.”

Charles Cuvelier, chief of law enforcement for the National Park Service, explained how vital everyday citizens are in a case like this, where the images were posted online.

“This case illustrates the important role that the public can play in identifying and sharing evidence of illegal behavior in parks,” said Charles Cuvelier, chief of law enforcement for the National Park Service. “It is clear that the public cares deeply for the special places that the National Park Service represents, and the resolution of this case sends a message to those who would consider such inappropriate behavior going forward.”

The case came as a result of an investigation by the National Park Service, and the guilty plea came after Assistant United States Attorney Laurel J. Montoya prosecuted the case.