More than 630 Pahrump poolfish have been successfully reintroduced to the Desert National Wildlife Refuge after months of removing non-native species from the Corn Creek Pond behind the visitor center.
By Stephanie Castillo Special to the Pahrump Valley Times
July 15, 2021 - 1:17 pm 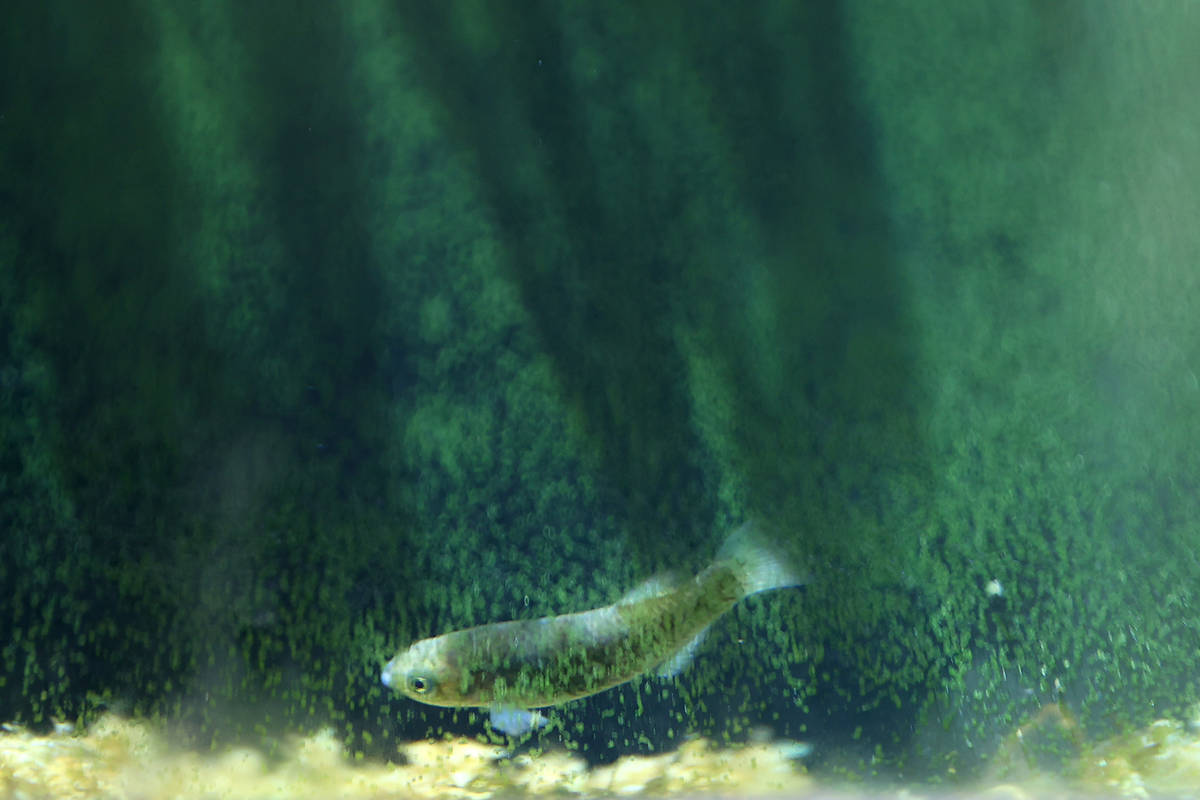 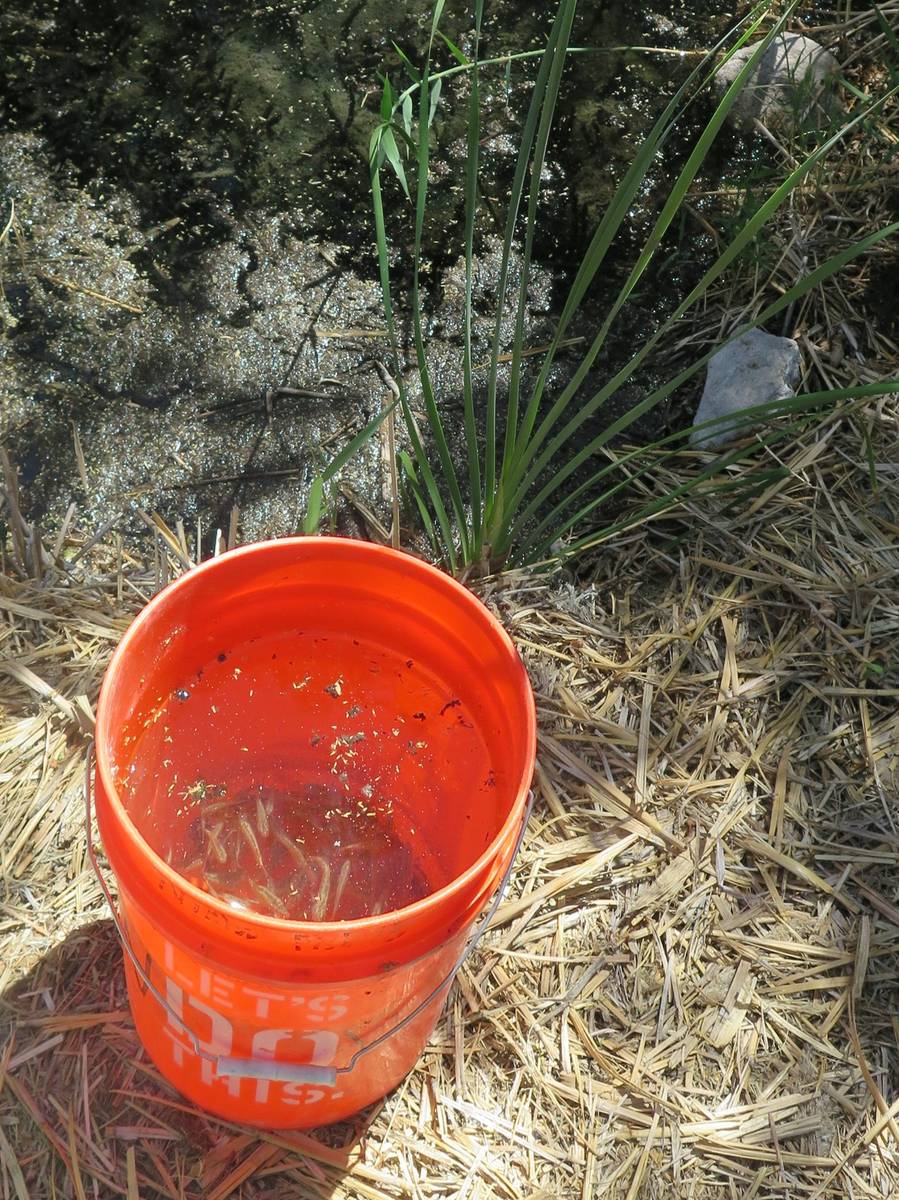 Pahrump Poolfish about to be reintroduced to the Corn Creek Pond May 20, 2021 (Courtesy of U.S. Fish and Wildlife Service). 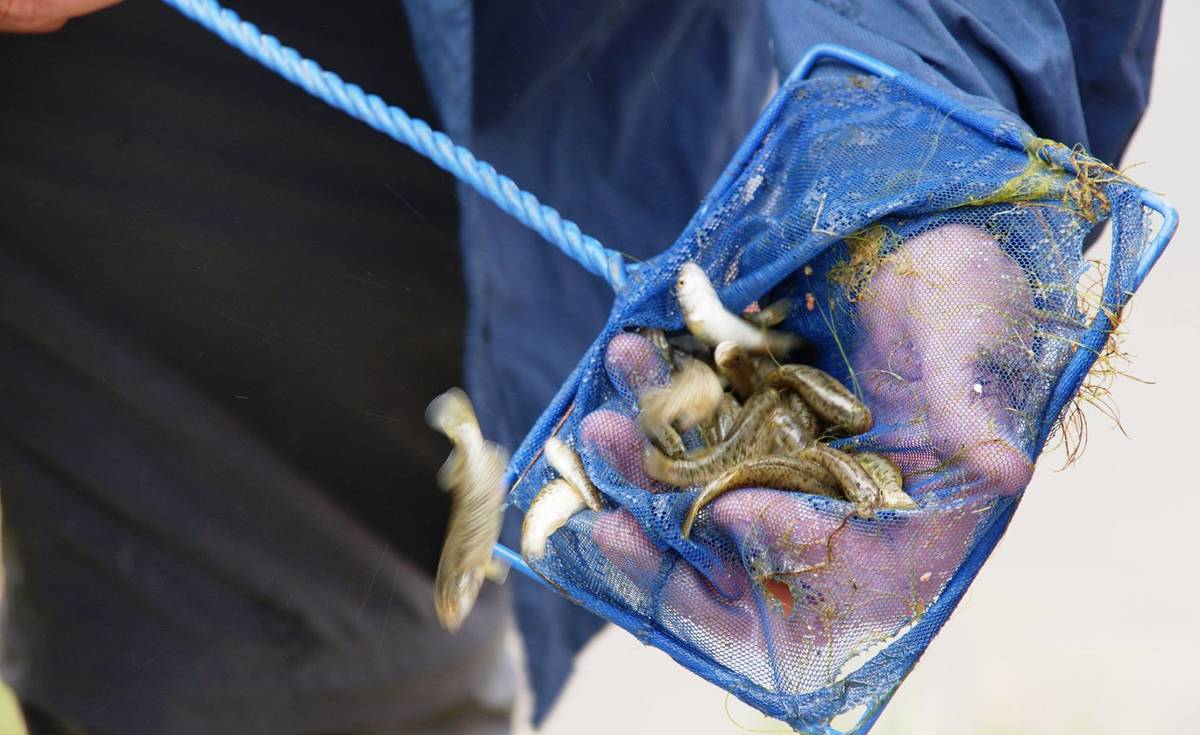 Pahrump Poolfish being reintroduced (Courtesy of Bureau of Land Management). 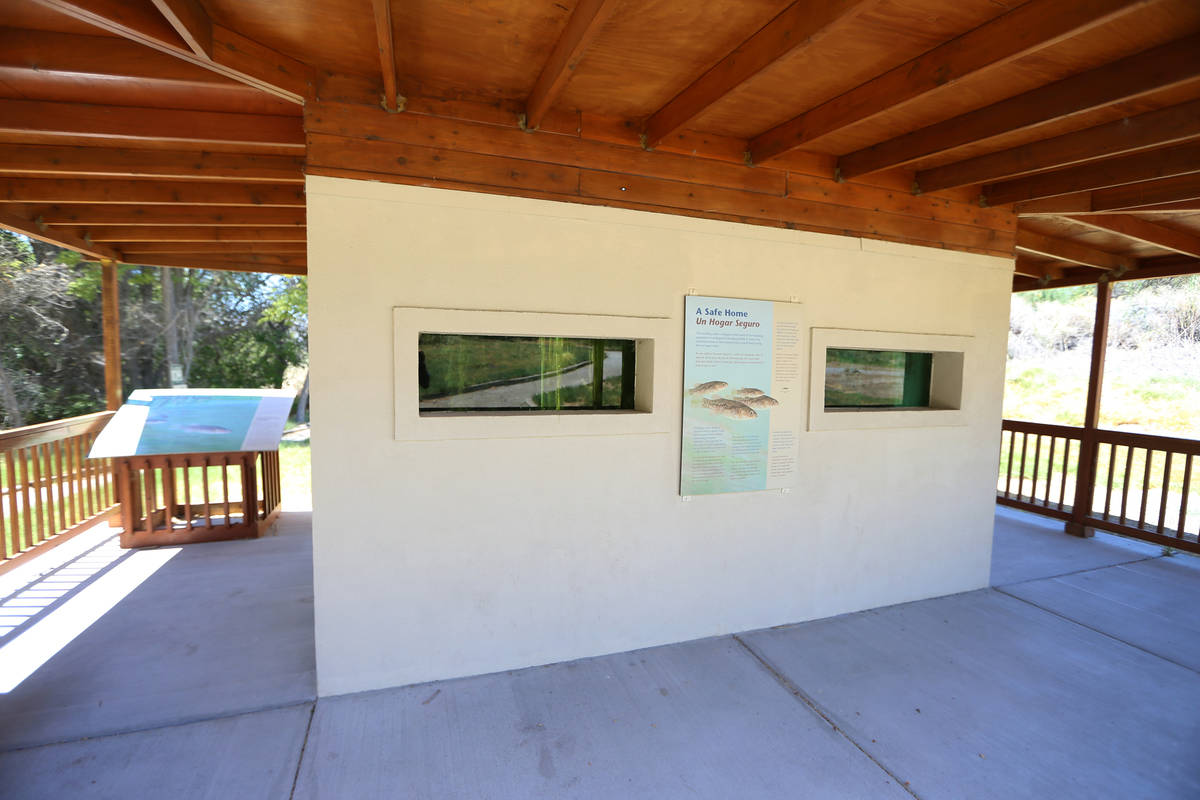 A Pahrump poolfish swims in a tank at the Nevada Department of Wildlife's fish hatchery at Lake Mead on Jan. 25. The Springs Preserve will soon be home to a reserve population of the endangered fish. (Aaron Ambos/ Southern Nevada Water Authority) 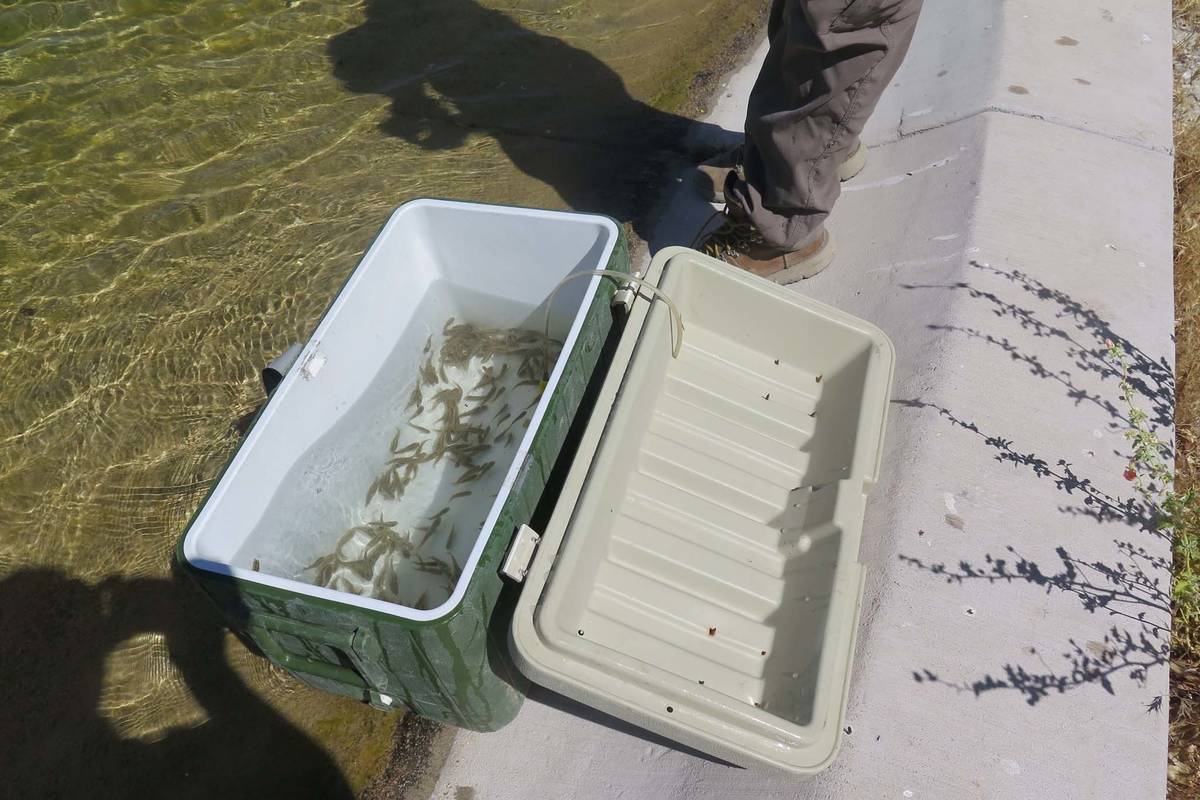 Pahrump Poolfish about to be reintroduced to the Corn Creek Pond May 20, 2021 (Courtesy of U.S. Fish and Wildlife Service).

Months of effort have resulted in a restored home for a rare and endangered desert fish.

More than 630 Pahrump poolfish have been successfully reintroduced to the Desert National Wildlife Refuge after months of removing non-native species from the Corn Creek Pond behind the visitor center.

Current poolfish numbers are estimated at fewer than 5,000 across Nevada, only a quarter of the population surveyed six years ago.

The tiny fish species, only found in Nevada, have faced decades of relocation and fluctuating numbers.

“The Pahrump poolfish is jokingly or not jokingly—it’s kind of sad—but it’s referred to as Nevada’s homeless fish because it has no natural home,” said Patrick Donnelly, director at the Center for Biological Diversity.

Once found only in Manse Springs in Nye County, the fish neared extinction due to the spring drying out from excessive groundwater pumping in the mid-1950s. If it weren’t for the state’s efforts to find new homes for the poolfish, they likely would have gone extinct, like their cousin species the Ash Meadows killifish, Raycraft Ranch springfish, and Pahrump killifish.

Pahrump poolfish are 1 to 3 inches long, with bright yellow fins, and a lifespan between three to five years. Their population thrives when they are the sole species in a flowing spring.

The main goal of relocation was to increase the opportunity for the fish to repopulate and reduce the chance of the species becoming extinct. The Pahrump poolfish are accustomed to being the only fish species in a single spring and haven’t adapted to the threats and competition caused by aggressive and rapidly breeding invasive species, like crayfish, goldfish, and mosquito fish.

“Believe it or not, that Manse Spring Pahrump poolfish was the top of the food chain. So they have no predator avoidance behavior at all because they don’t have that in their DNA to be afraid of predators,” said Donnelly.

Unfortunately, the poolfish have had to continue to fight for their survival from the illegal dumping of aquarium fish and non-native species into the springs.

Poolfish populations were estimated at 20,000 in 2015. However, when invasive species began to invade the springs, sub-populations of Pahrump poolfish dropped to 400, which happened at Spring Mountain Ranch in 2017.

According to the state wildlife department, the 2020 population estimate was 4,997 from surveys at six refuge locations. Surveys will be done again in August 2021.

To get rid of the invasive species, the U.S. Fish and Wildlife Service partners with Nevada’s Department of Wildlife to relocate poolfish to temporary tanks where their populations are maintained and monitored. The springs are treated to remove non-native fish species and even emptied and dried out to remove more stubborn invasive species like the crayfish.

This is a re-occurring event that occurs every few years as people continue to dump their aquatic fish into ponds or springs believing it is the best solution for their previous pet. The state’s wildlife department continues efforts to educate the public on illegal dumping to continue to protect the unique and vulnerable population of poolfish.

“There’s been this endless parade of various habitats created and lost to try and save it, but it’s all because of the Endangered Species Act. So I think the long-term goal, vision, would be that groundwater management occurs in the Pahrump Valley such that Manse Spring comes back and the Pahrump poolfish could go home,” said Donnelly.

Stephanie Castillo is a 2021 Mass Media reporting fellow through the American Association for the Advancement of Science. Email her at scastillo@reviewjournal.com or follow her on Twitter @PhutureDoctors.