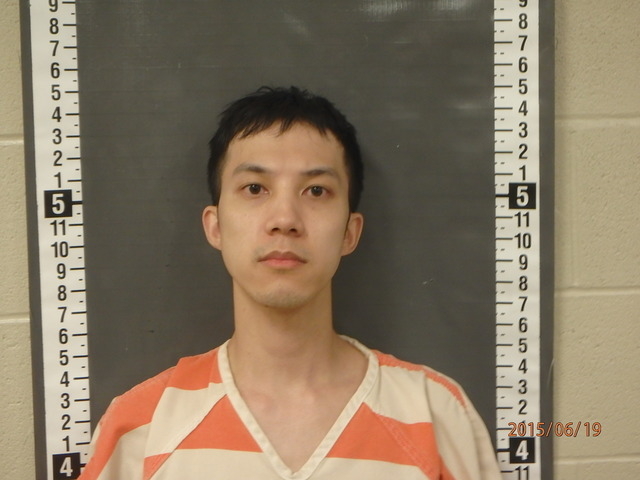 A Canadian man was arrested Friday near Beatty and accused of stealing three vehicles, the Nye County Sheriff’s Office said.

Lea Meng Che, 29, then told detectives he left luggage at McCarran International Airport with “contents that would harm a lot of people there.”

It wasn’t clear late Friday night if the threat was credible.

The man was preliminarily charged with felony counts of making threats or conveying false information concerning terrorism or weapons of mass destruction, battery with a deadly weapon, two counts of possession of a stolen vehicle and grand larceny.

He was being held in the Nye County Detention Center on $22,000 bond.

The incident in Beatty started when Che flagged down town secretary Carrie Radomski around noon claiming he was having car troubles. The 46-year-old Radomski offered to take him to her friend’s tire shop.

When the woman exited the truck, Che slid over and began to leave, striking the woman when she tried stopping him.

Nye County Sheriff’s deputies and Beatty residents located the Radomski’s vehicle with Che on U.S. Highway 95 a short time later, where he was arrested without incident. While in custody, he made “spontaneous statements” about stealing cars in Las Vegas, police said.

According to police, Che allegedly made the statement about the luggage at McCarran at that time. A boarding pass was found on him with a Friday time of 11:40 a.m.

Che also had a passport on him listing his address in Canada along with several denominations of Canadian currency on his person.

Due to the alleged statements made by Che and his multi-jurisdictional felony crime spree he was involved in, the Las Vegas Metro anti-terrorist team was notified and responded in assistance with the investigation. Ontario’s Peel Police department was also contacted as well as Interpol for any possible information on Che as he has no criminal history in U.S.

This case is ongoing and further information regarding the validity of possible weapons of mass destruction utterences from the suspect will be be released as soon as information becomes available.

Che is facing other charges, including one felony count of battery with a deadly weapon, two felony counts of auto theft and one count of grand larceny.