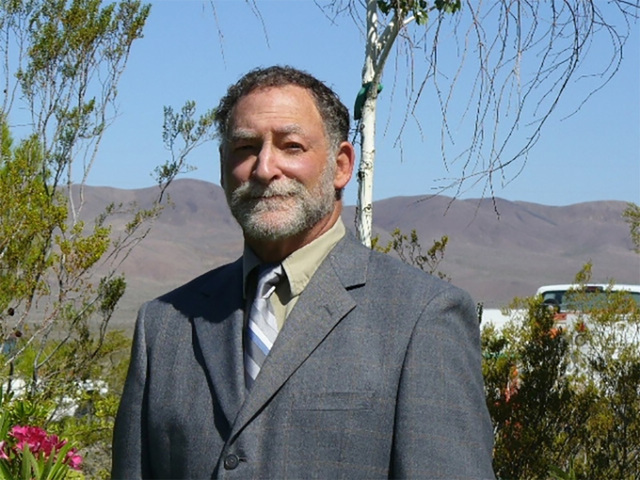 Retired businessman Harley Kulkin said he will not accept a salary or benefits if elected to the Nye County District II Commission seat. Kulkin said his main focus will be economic development in Pahrump and Nye County. Special to the Pahrump Valley Times

Nye County Commission candidate Harley Kulkin said if elected in November, he will not take a salary or benefits.

Kulkin, a former Pahrump Town Board chairman, noted that he will perform the duties pro-bono, not taking the nearly $27,000 in pay.

“I will say that if I do get elected, I will not accept any benefits or any salary,” he said. “I will do it absolutely free and at no cost to the county.”

Kulkin, a Democrat seeking the District II seat, said his first order of business if he takes the commission seat will focus squarely on economic development in Pahrump and Nye County.

“I moved here 23 years ago and saw tremendous potential, but I’m still waiting,” he said. “I can’t believe that Nye County is the poorest county in Nevada when it shouldn’t be. We have mining and we collect the taxes.”

“Many people in our town have all these ideas but they are confused about what it really means,” he said. “The reality is everything within the borders of the town of Pahrump, the town will run it and that’s all.”

Kulkin said he would push to re-establish the Pahrump Town Board.

“When the town board was still in effect, the county turned down a $4.5 million dollar, free sewage plant,” he said. “The town was only responsible for the parks, the cemetery, and the ambulance service. I’ve never heard anyone complain about those things.”

Kulkin also said that the county’s finances need to be addressed.

He spoke about the importance of generating more income to pay for infrastructure and services.

“They don’t seem to understand that government is a business and they should be creating assets before they fund liabilities,” he said. “With gold mining, and PETT money (Payment Equal To Taxes), and all the things that this county has brought in, it doesn’t make any sense that we are the poorest county in the state of Nevada. It is due to an incredible amount of incompetence.”

Attracting tourism to the area was another issue Kulkin addressed.

“I go out to Vegas once a week, and I see tour bus after tour bus of people coming through our town, but what do they stop for?” he questioned. “They go to the bathroom, get some munchies and they go elsewhere. We need to create something that would attract those tourists and keep them here. This should be their destination.”

When asked about the issue of the recreational use of marijuana in Nevada, Kulkin contrasted the effects of pot versus alcohol.

He will face Republican and Pahrump Regional Planning Commission Chairman John Koenig, who won the party primary in June. The winner will fill the seat held by Frank Carbone, who decided against seeking re-election.