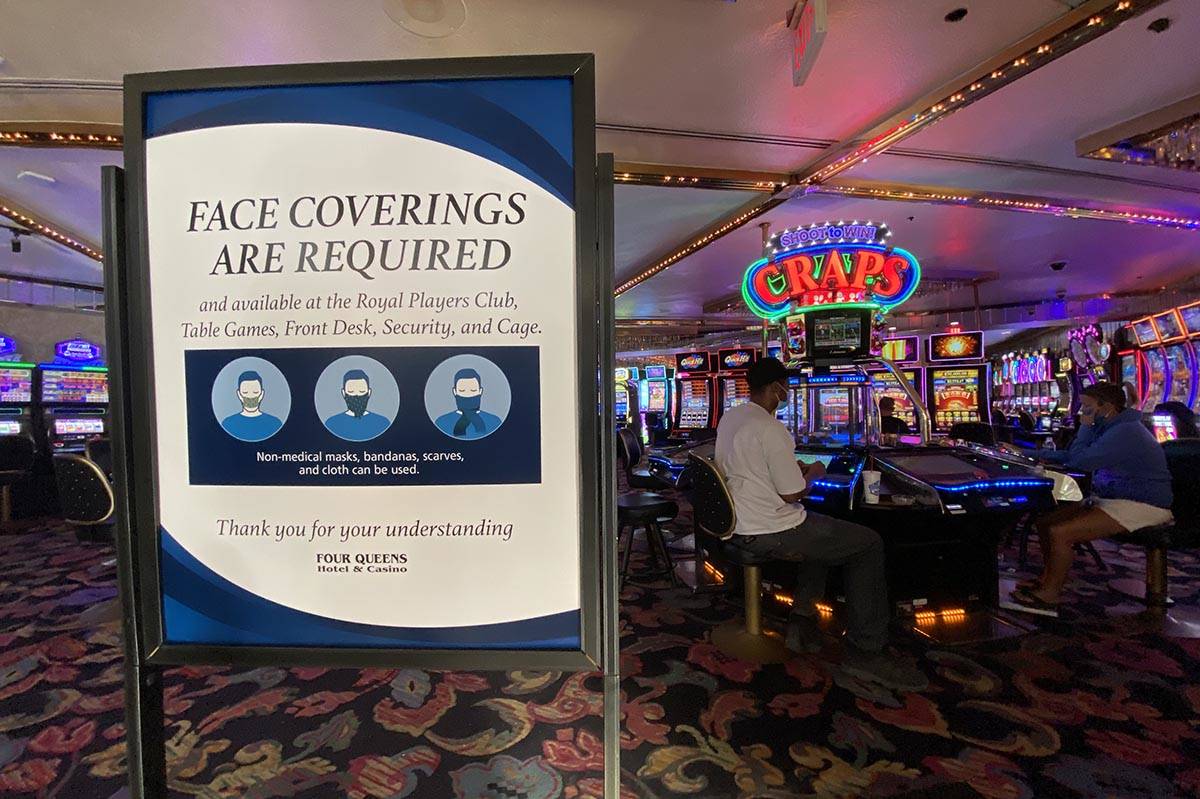 K.M. Cannon/Las Vegas Review-Journal If noncompliance is found during an initial observation, the business is provided a written notice and request for voluntary compliance, and a follow-up visit by Nevada OSHA officials will be conducted.

The state Division of Industrial Relations Occupation Safety and Health Administration is conducting ongoing field observations and inspections at establishments where patrons congregate for longer periods of time, which can lead to a heightened risk of spreading COVID-19.

Since a directive from the governor went into effect June 26, approximately 84% of businesses in northern Nevada and 66% of businesses in southern Nevada were in compliance on the date of the initial observation. The Division has conducted 921 initial field observations at large and small establishments including grocery, home improvement and clothing stores, hair and nail salons, tattoo parlors, bars and restaurant lounges, casino hotel gaming floors and pools.

If noncompliance is found during an initial observation, the business is provided a written notice and request for voluntary compliance, and a follow-up visit by Nevada OSHA officials will be conducted. If a violation is found during the follow-up visit, a notice of citation and penalty will be issued. The maximum penalty of $134,940 can be assessed to an employer that willfully violates the provisions of the directive. In addition, a notice will be provided to the business indicating that in the event of future noncompliance, the administrator may issue an order requiring the business to cease all activity at the business location during this state of emergency until the business has established and implemented operating procedures to comply with the requirements.

Nevada OSHA has received more than 1,000 COVID-19 safety-related complaints since mid-March. Since the face covering mandate went into effect, complaint volume received by the established hotlines has increased significantly. Additional staff has been assigned to help assist with these call volumes.

Due to high call volumes, employees are encouraged to file complaints online at https://www.osha.gov/pls/osha7/eComplaintForm.html