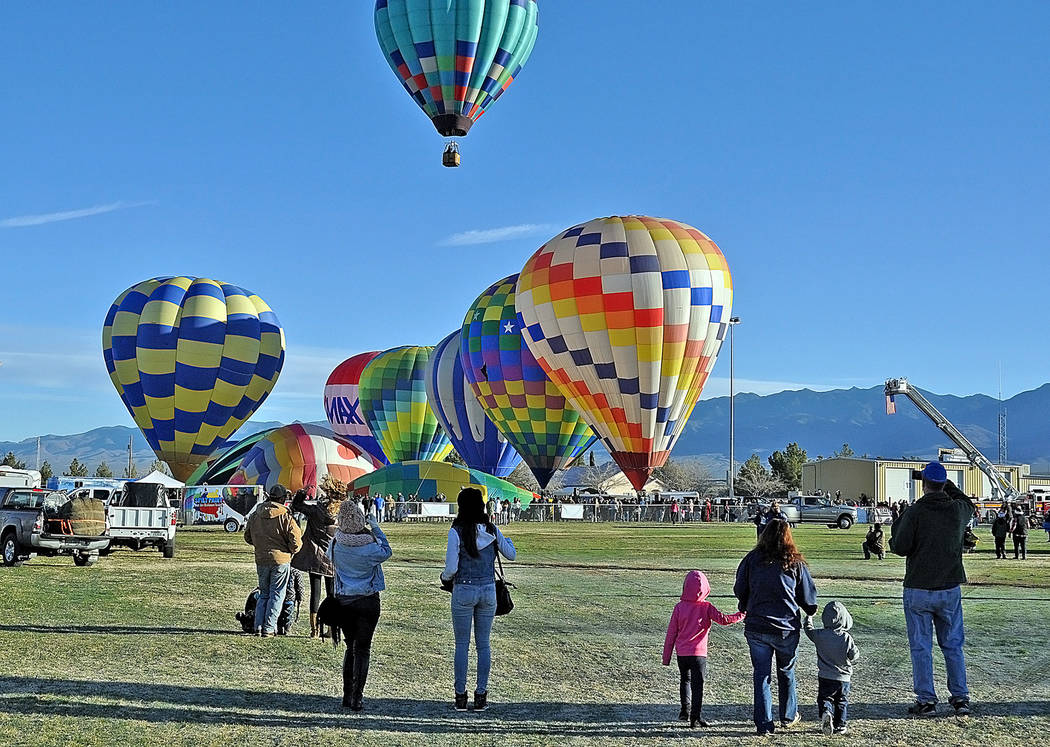 There was a strong consensus among vendors at the 4th Annual Pahrump Balloon Festival during the weekend – three days of very cold temperatures.

Despite the chilly conditions, several vendors noted that they managed to generate sales.

“Aside from the cold weather, I think things went pretty well this weekend,” said vendor Willie Luster, who was selling a pain relief product. “Overall, we have done well and the balloons were very enjoyable and entertaining to watch. We made quite a few sales, so we were able to pay the rent and make a few dollars throughout the weekend. It’s well worth getting up early in the morning and coming out and setting up as a vendor.”

Rodney Fazackerly, a fudge vendor, said for his second year attending the event, the weather had a negative impact on his sales.

Fazackerly regularly travels to other fairs and festival throughout the United States and Canada.

Each year the Pahrump Valley Chamber of Commerce organizes the balloon festival.

CEO Chris Erwin said though the temperatures throughout the weekend were very chilly, he’s grateful the balloons were able to launch during all three days of the event.

More than 30 balloonists participated this year, while hundreds of individuals and families attended the three-day event.

“For two years in a row, we got lucky again,” Erwin said after the festival. “We had colder weather than last year but outside of Thursday morning, we were able to fly on Friday, Saturday and Sunday. To put it into perspective, I was just told by the pilots that this was their third successful show of the new year because the previous two shows, they were not able to fly due to the weather.”

“We are trying to increase the total number of balloons and we are trying to work to offer public rides rather than just sponsored rides. A number of people who were not sponsors have expressed interest in going up in the balloons. Our goal for next year is to work out something where we can have 50 balloons. We had a total of 33 balloons this year.”

The issue of pedestrian safety was another concern for Erwin throughout the event.

He noted that people are forced to traverse around traffic when crossing Basin Avenue from the strip mall across the street.

“One thing that I would really like our community to look at, if possible, is considering putting a marked crosswalk between the park and the strip mall across the street,” he said. “It’s getting to the point where we have enough people in the park where they are crossing in all kinds of different areas on Basin.”

Erwin also praised the efforts of all who volunteered their time to help with the festival.

“We had a lot of great volunteers participating in this event,” he said. “It is a team effort and all of our sponsors have been so supportive. We had the morning flight and the evening glow event, which brings people back to the park. I know the vendors appreciated having the two draws for each day of the event and I think it will end up showing on their sales.”