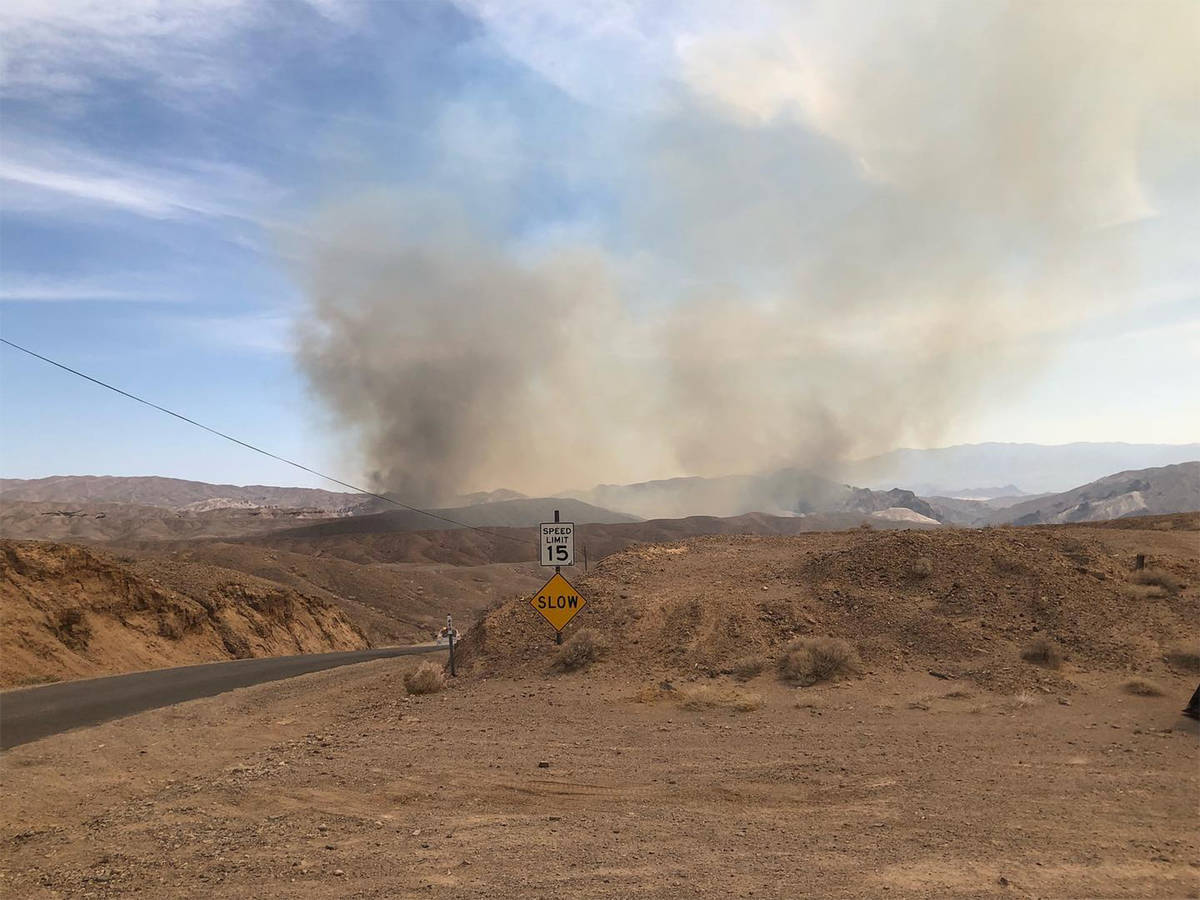 Photo courtesy of China Ranch Date Farm China Ranch is again open for business after a brush fire this week, shut down operations to visitors. Half of the date fields and the road up to the reservoir are still closed to visitors, according to officials there.

China Ranch Date Farm in Tecopa has reopened for business after a large brush fire in the area forced its closure to tourists this week.

“We were dispatched for a mutual aid assignment to China Ranch Road in Tecopa for a brush fire,” Lewis said. “Crews arrived to find a deep-seated fire that was being worked by the local resources in Southern Inyo County. Crews helped control that fire and were released several hours later. There were no injuries.”

Lewis also noted that just days prior, Pahrump fire crews responded to a mutual aid assignment for a report of a large brush fire on Friday April 16, in the same area just before 10 p.m.

“Crews arrived to assist Southern Inyo County crews near the China Ranch with a fire in a canyon,” he said. “There were no immediate structures, however the fire was relatively large in size and was fed by wind driven conditions and dry fuels. Crews later returned to the valley after several hours.”

As presented on its Facebook page, China Ranch officials announced on Thursday April 22, that they have resumed operations for visitors.

“China Ranch is open again for business, from 9-to-5,” the post stated. “The fire is out and is being monitored by a crew from the Bureau of Land Management, (BLM). Half of the date fields and the road up to the reservoir are still closed to visitors, but there is still plenty to do and see, so see you down here soon.”