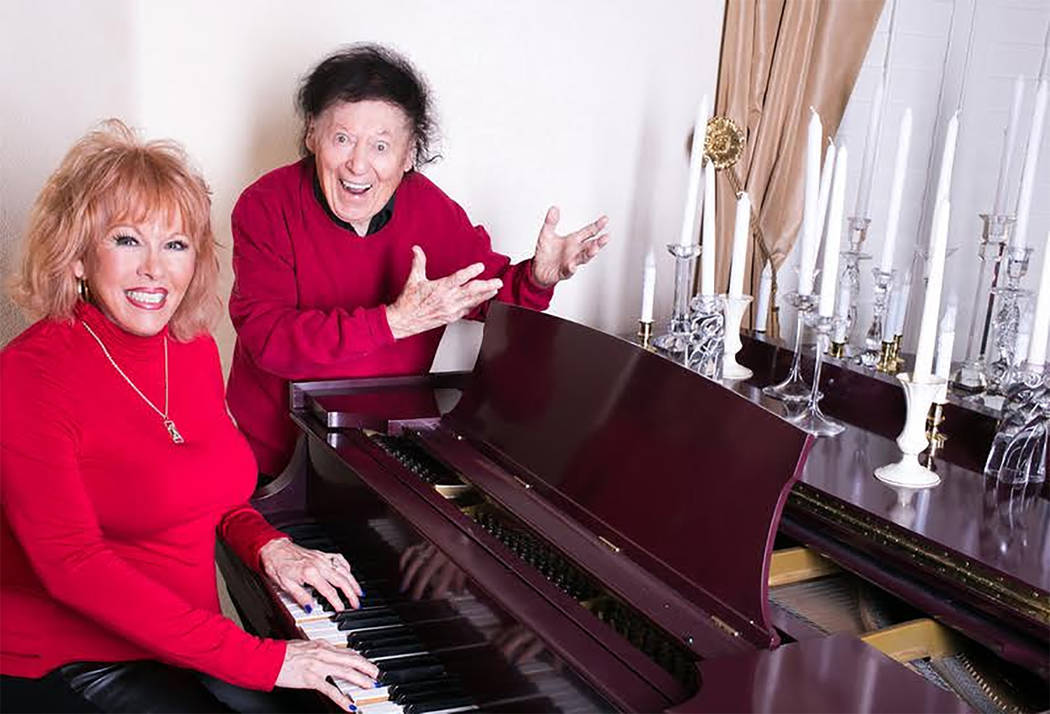 Comedy legend Marty Allen and wife Karon Kate Blackwell return to the Pahrump Nugget on Saturday. The duo will perform musical numbers and comedy sketches, along with a few suprises. Admission is free but seating is limited for the 5 p.m. show. Special to the Pahrump Valley Times 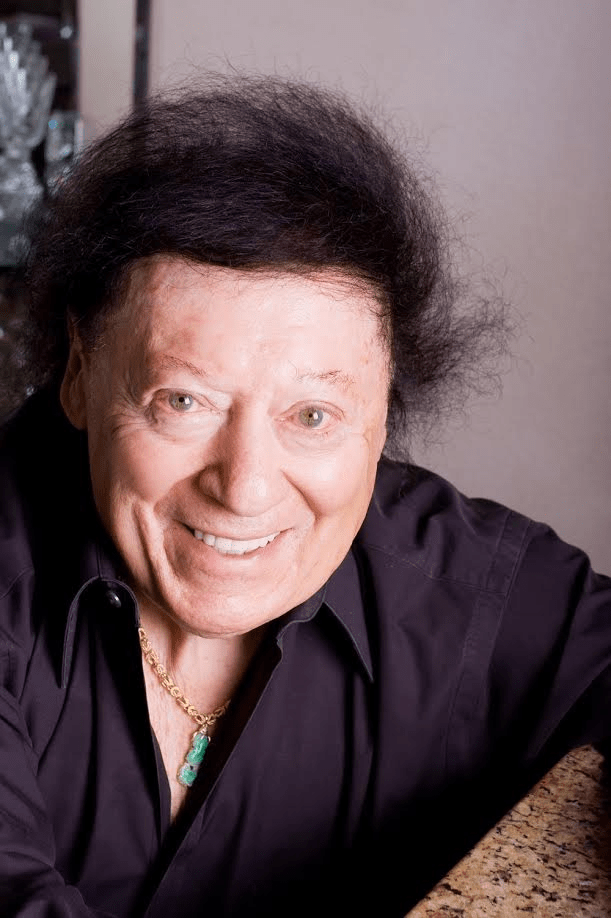 Comedy legend Marty Allen returns to the Pahrump Nugget on Saturday. The duo will perform musical numbers and comedy sketches, along with a few surprises. Admission is free but seating is limited for the 5 p.m. show. Special to the Pahrump Valley Times 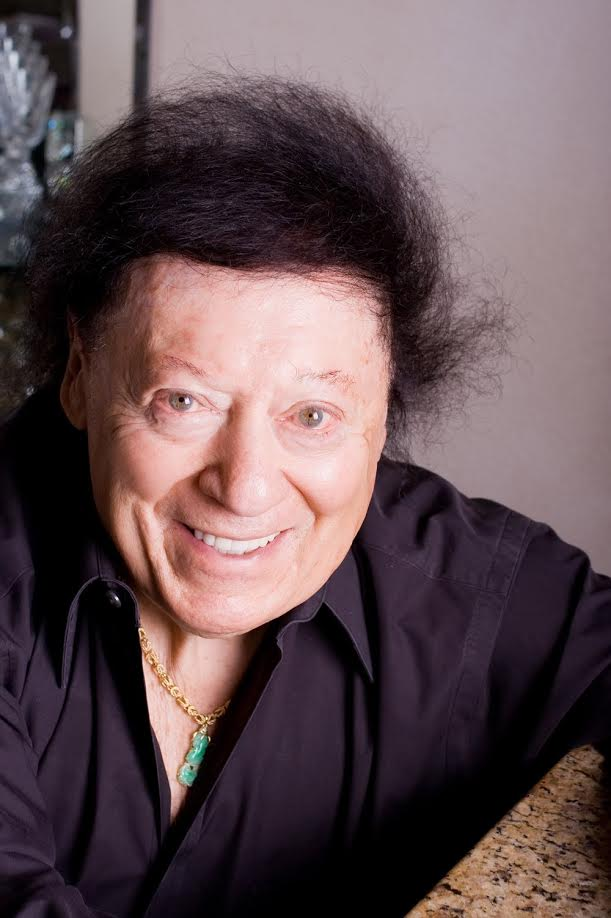 Special to the Pahrump Valley Times Comedy legend Marty Allen returns to the Pahrump Nugget on Saturday. The duo will perform musical numbers and comedy sketches, along with a few suprises. Admission is free but seating is limited for the 5 p.m. show.

Comedian Marty Allen returns to the Pahrump Nugget on Saturday. Allen and his wife, Karon Kate Blackwell, will take the stage inside the Nugget Events Center at 5 p.m.

Admission to the show is free, but seating is limited. Tickets are available at the hotel front desk.

The comedy duo first performed at the Nugget in February of 2016.

He said on Wednesday that there’s really no way to define tomorrow’s performance, complete with music, comedy routines and a few surprises.

“There is no way to describe the show,” Allen said. “All we know is we had a full house for my 95th birthday at the South Point Resort in Las Vegas last week. The room was packed with over 400 people. We even added some other personalities. It was just phenomenal. It was really something to see.”

As a result of his birthday, Allen spoke about receiving greetings and best wishes from many fans and friends.

“I never got so many birthday cards in my life,” he said. “As of now, I received 1,100 birthday cards from people around the country. I got a birthday card from Carol Burnett, whom I’ve worked with many times. She wrote: ‘Dearest Marty, happy 95th birthday. I think of our times working together since 1962 with great fondness. Have a beautiful celebration, much love, Carol’.”

“The City of Las Vegas honored me with a proclamation from the mayor,” he said. “They called it Marty Allen Day on March 23rd for my birthday. It was a great honor and I will never forget that, even though I’m 95 years old.”

Just five years from the century mark, Allen said he attributes his longevity to a healthy lifestyle and comedy, as laughter is at times, the best medicine.”

“I try to take care of myself and I take vitamins daily,” he said. “I get up in the morning and I exercise. I read a lot and I write a lot as well. I don’t know. I just try to make every day a wonderful day. I have that attitude and I love people. I love playing and doing shows. I’m not a negative person. I’m a person who tries to bring some joy and happiness when people see me entertain. That’s what it’s all about.”

As a stand-up comedian, actor, and veteran of World War II, Allen has worked as a comedy headliner in nightclubs as well as dramatic television roles.

During the early to the mid-1950s, Allen and his first comedy partner, Mitch DeWood, worked as an opening act for such stars as Sarah Vaughan, Eydie Gorme, and Nat King Cole.

After the duo split, Allen teamed up with Steve Rossi, which gave birth to the comedy team of Allen and Rossi.

The pair created a string of hit comedy albums, along with 44 appearances on the Ed Sullivan Show.

As a guest on the show, along with the famous Beatles’ appearance in February 1964, Allen left Beatles fans in stitches when he uttered the now-famous line that he was “Ringo’s mother.”

Allen’s charitable side should not be overlooked. In 1968 he made a “Hello Dere” tour of military hospitals around the country.

The term is a catch phrase the comedian popularized.

During the tours, he talked with and entertained wounded soldiers who had just returned from Vietnam.

“I’m glad I was able to entertain when the men and women were in the hospital after they came back from Vietnam,” he said. “I went to all the hospitals on my own and entertained them. It’s just an attitude. We live in the greatest country in the world and they have done so much. If I can contribute in some way, and my way is entertainment, then it’s great.”

Aside from his comedic talent, Allen said he’s also a big fan of other comedians still performing comedy shows.

“I have some particular favorites,” he said. “Karen and I go out to see certain people just to be entertained. I would go to see Don Rickles. Rickles really makes me laugh. I’ll also see Regis Philbin and he’s very funny. I just go to be entertained, I don’t go to criticize or be jealous.”

As a World War II veteran, while stationed in Italy, Allen earned the Soldier’s Medal for his bravery during a fire which occurred while a plane was being refueled.

His heroism also earned him a full-dress parade.

“We live in the greatest country in the world,” he said. “Everybody is always kidding me because I cry at ball games when the flag goes up. I cry when I see men marching and I know how important the men and women are who fought for our country.”