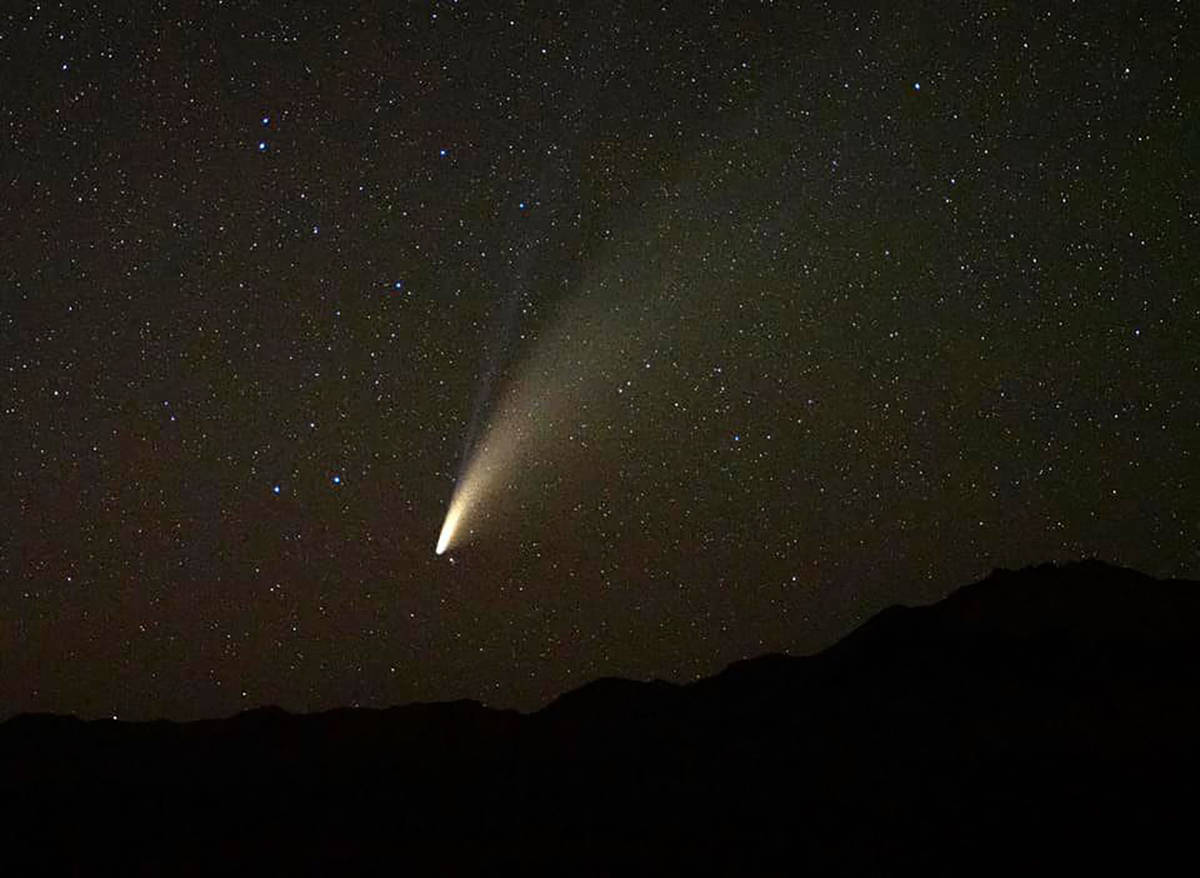 Richard Stephens/Special to the Pahrump Valley Times Photo of Comet Neowise captured along Highway 374, between Beatty and Death Valley. 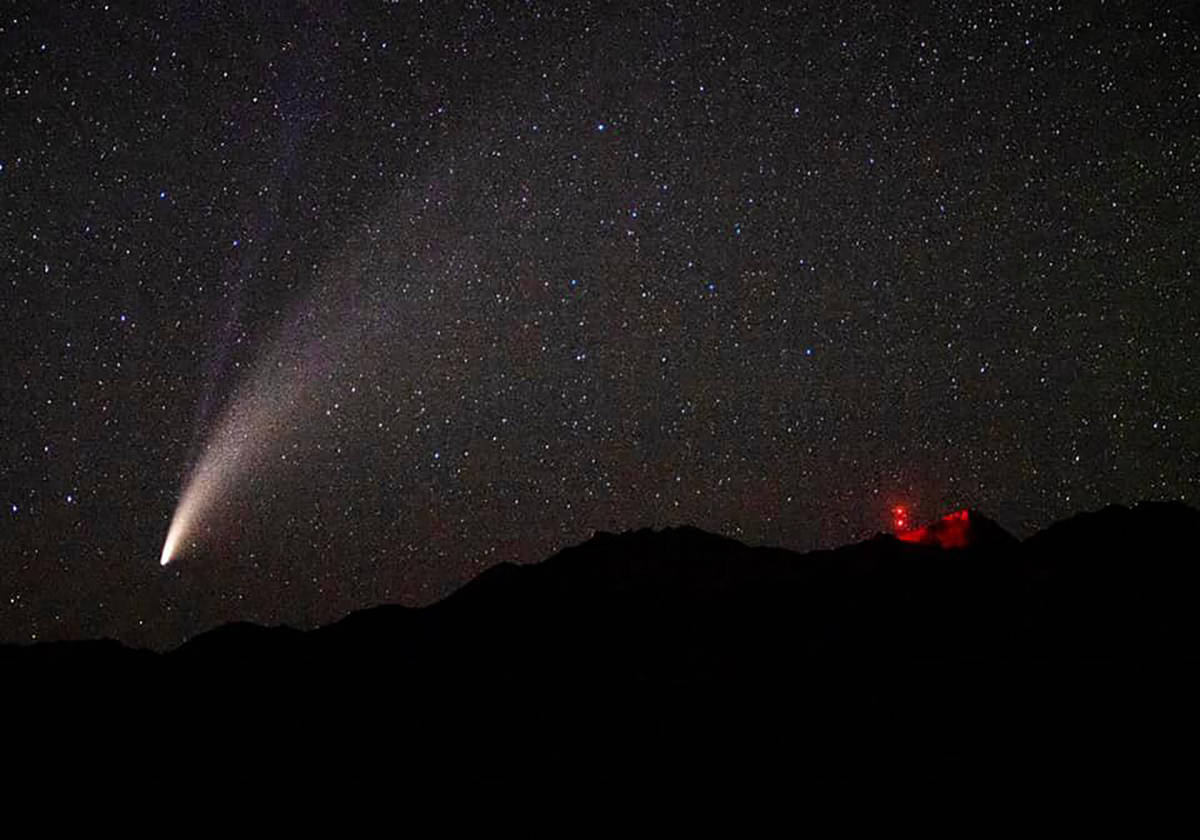 Richard Stephens/Special to the Pahrump Valley Times Photo of Comet Neowise captured along Highway 374, between Beatty and Death Valley. Photo includes the red lights on a transmission tower on Sawtooth Peak.

Comet Neowise is leaving its mark on earth while it glides through the black abyss of space – with its brilliant lights caught on terrestrial cameras by individuals all over the desert floor, from Las Vegas to Death Valley, and beyond.

The comet rocketed past earth at its closest point to the blue planet, 64 million miles, on Thursday, but will stay visible for the rest of the month in the northwestern sky.

But once its cosmic trail is gone, it won’t be visible again for another 6,800 years.