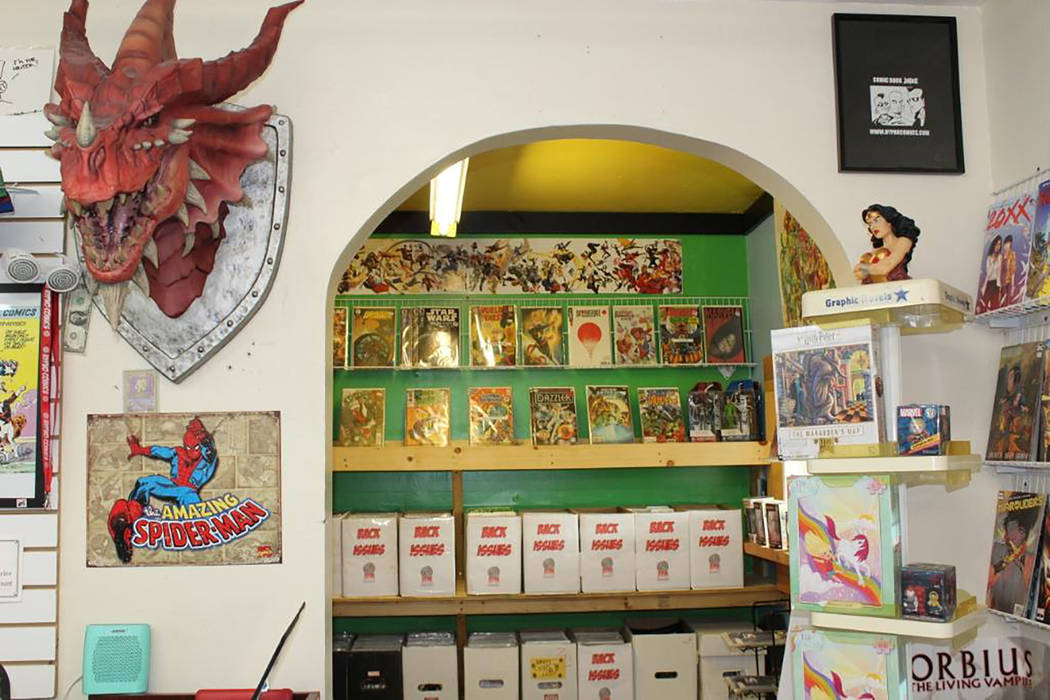 Alyssa Greenway/Special to the Pahrump Valley Times Hypno Comics at 111 S. Frontage Road in Pahrump is celebrating its second year in Pahrump. 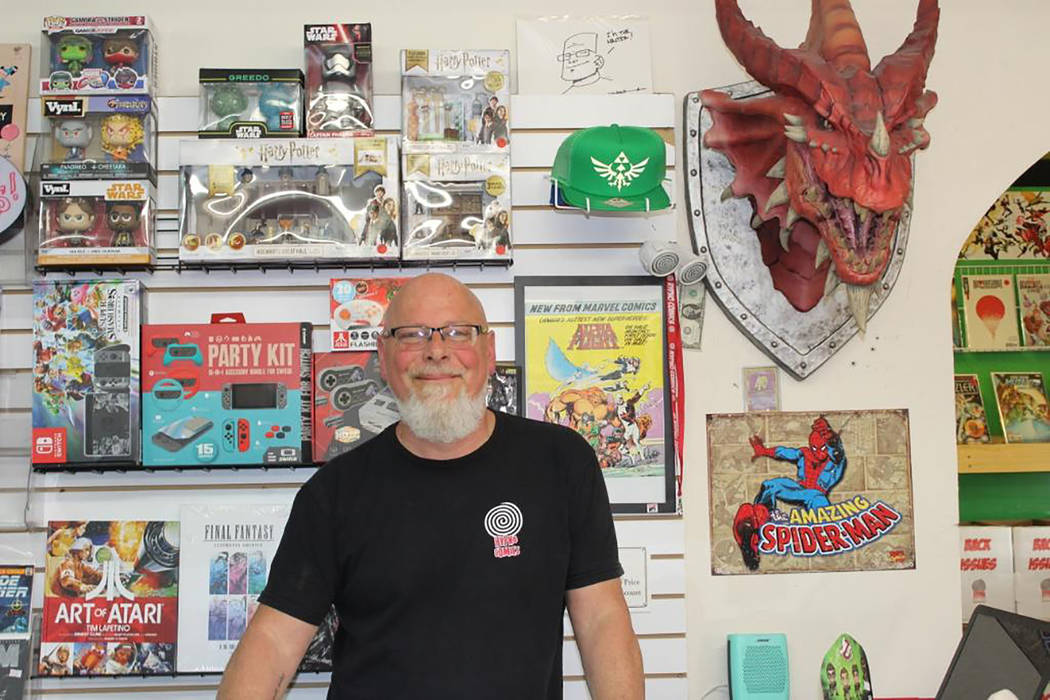 Alyssa Greenway/Special to the Pahrump Valley Times George Chase of Hypno Comics stands inside his shop at 111 S. Frontage Road in Pahrump. 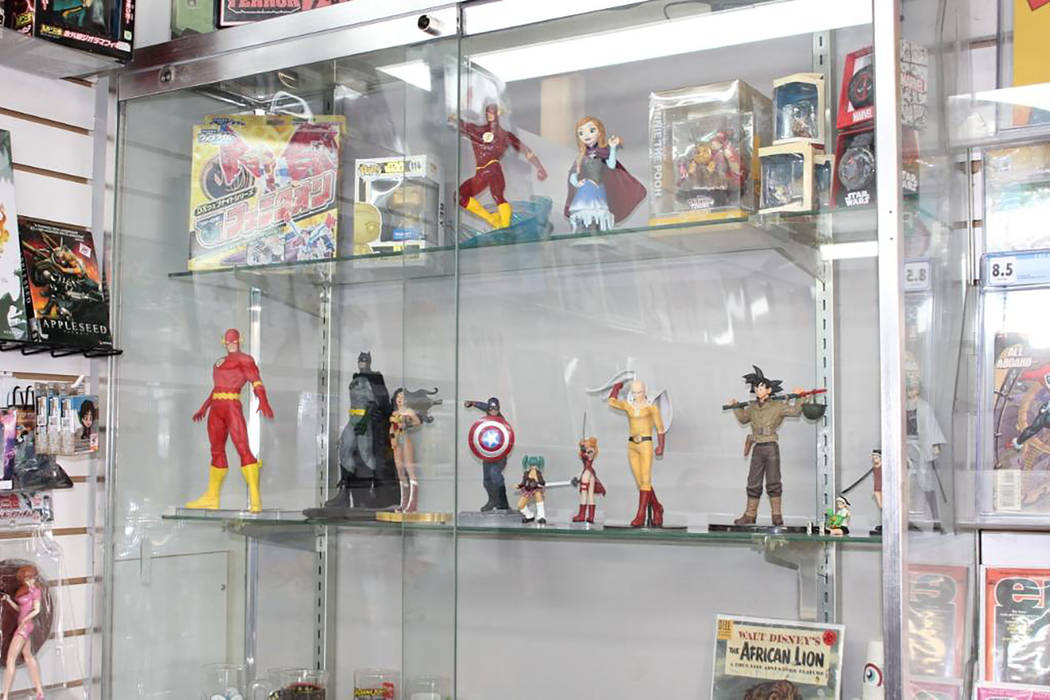 Alyssa Greenway/Special to the Pahrump Valley Times Hypno Comics at 111 S. Frontage Road in Pahrump offers a variety of collectibles, comics and other items. The store is celebrating its second year in Pahrump. 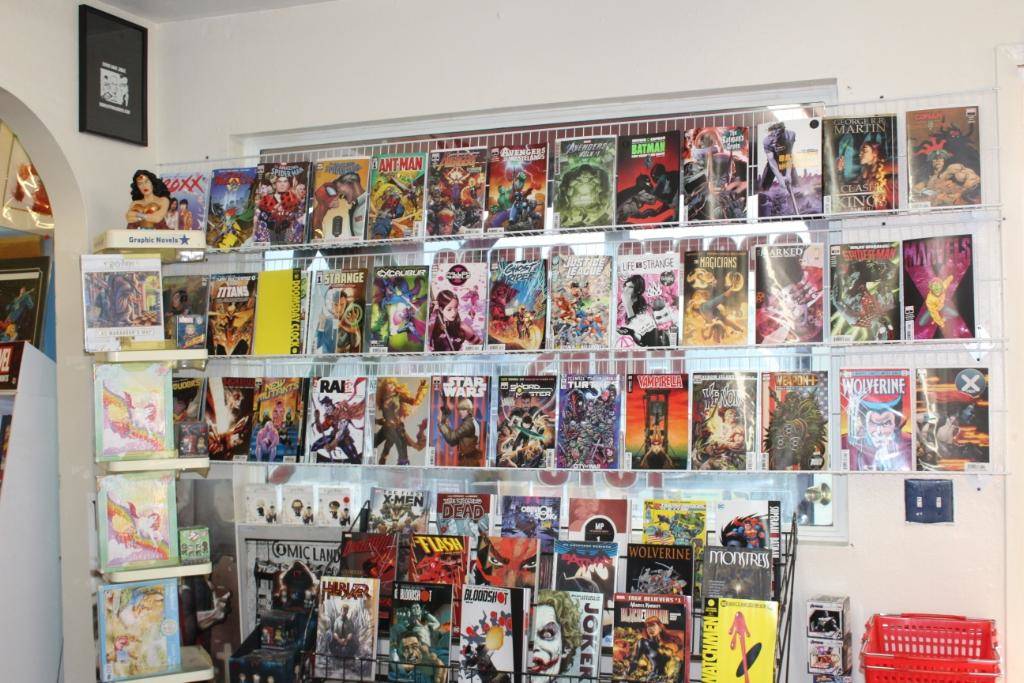 Alyssa Greenway/Special to the Pahrump Valley Times Hypno Comics at 111 S. Frontage Road in Pahrump offers a variety of comics and other items. The shop has been open for two years in Pahrump. 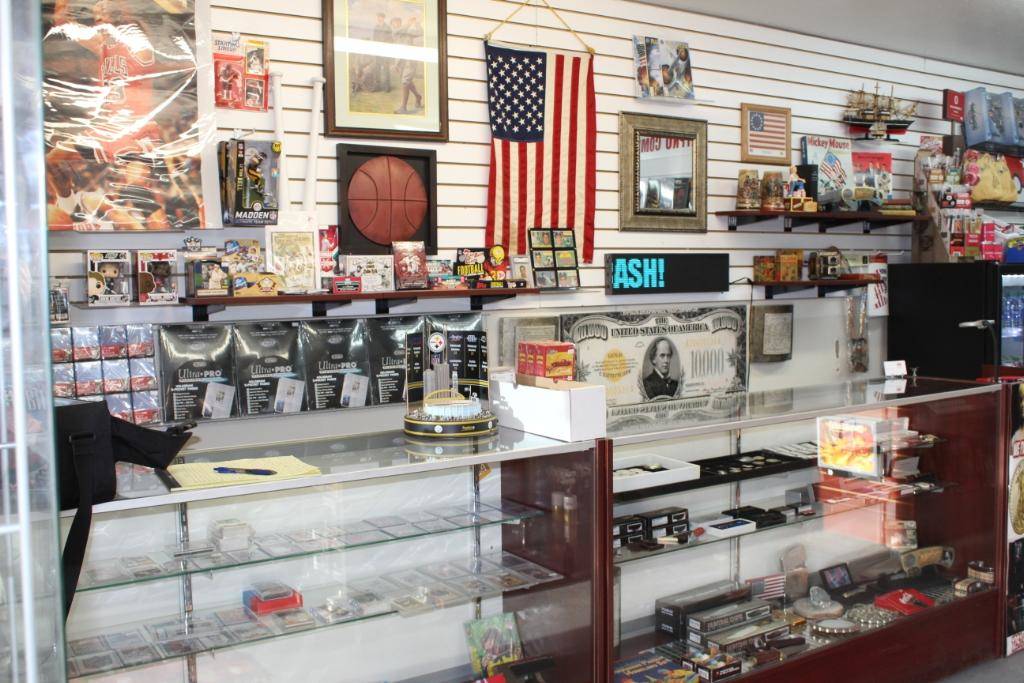 Alyssa Greenway/Special to the Pahrump Valley Times Hypno Comics at 111 S. Frontage Road in Pahrump offers a variety of comics and other items. The shop has been open for two years in Pahrump.

Hypno Comics, a place where friends and family can come and enjoy a night of traditional board games and other entertainment, is in its second year of operation in Pahrump.

As of Feb. 1, the Chases have officially made it to their second anniversary. Although getting their name out is hard, the couple has managed to keep this shop open and promote their events the best they can.

The shop offers games nights such as Friday Night Magic, Dungeons and Dragons on Saturdays and open tabletop gaming on Wednesday. They also have a few new events coming soon, such as the Pokemon League and Create Day, which primarily involves painting models, miniatures and a few other activities.

Though being an owner is difficult, it’s easier for George—being that he likes “offering products of imagination and wonder for other people, and I work hard to be here.”

The hardest thing for Destiny as an owner is “finding the right product to sell because no one wants a dead product.” The issue for the shop that stands the most is getting people that live locally in Pahrump to the store, or to make locals aware that there is a local comic shop.

Although the store originally started in Ventura, California online, and then moved into to a small shop, Hypno has come a long way, from being nominated for three Eisner Awards and voted the No. 3 best comic shop in the U.S. by Travel and Leisure Magazine, to moving to another state and starting over with a new community.

Moving locations can be difficult for people but not for the Chases, as they view their move positively. Not only are they able to bring a new and inspirational thing to use, but to help people who want to escape reality, being that many people find something to help them get away for a little while.

Hypno offers a place to enjoy some game time or even a good conversation. The shop can also be a safe harbor for some.

George said, “As a kid, comics were a safe harbor for me, and I would like to provide that to other kids who need the same.”

When reading comics, not only does it provide people with a new view but even gets kids to later reading novels. It is an excellent educational purpose, according to George.

One of the most popular items that they sell, and is being sold everywhere, in general, is Dungeons and Dragons. According to DungeonVaultcom, there are currently 13.7 million worldwide D&D players as of 2019. The Washington Post also stated that, “adult and female players, attracted by a popular recent revamp and new online playing options. It is the ultimate sign that nerd culture is now mainstream,” which shows how much this once-popular game is becoming once again a mainstay for gamers.

Dungeons and Dragons is not the only popular item in the shop, which also carries a variety of collectibles. The best part about the collectibles is that if anyone has a collectible that they want to sell, the shop will buy them.

Hypno has expanded a lot from its old location on Loop Road in Pahrump. The couple has increased the amount of space with the move. George stated that he is “looking forward to building our gaming and collecting community.”

Having a comic shop in our community brings another aspect of entertainment to the valley. With new events coming to the store, it could bring more business and a potential for people to make connections with fellow gamers.

Especially when the Pokemon League comes out, there will be a lot more people attending those events. According to alphr.com, “Not only is there an annual three-day, invite-only Pokémon World Championship, but last year alone it sold 2.1 billion cards to retailers.”

People interested in spending the night playing games or checking out a few comics or other items, can call Hypno at 775-240-3665 or visit the shop on the web at hypnocomics.com or at 111 S. Frontage Road in Pahrump.

The shop’s Facebook page, which carries a lot of information on events and other information, is at facebook.com/hypnocomics