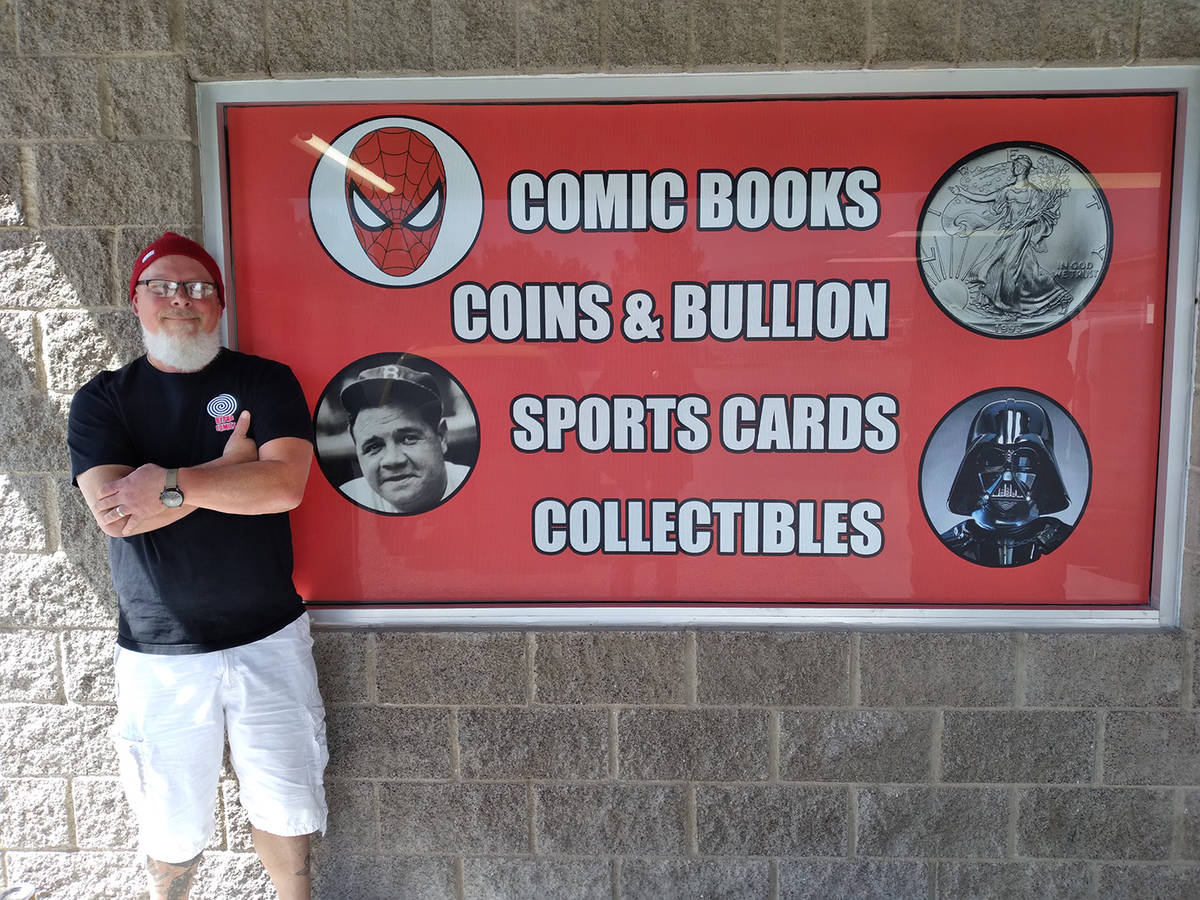 Selwyn Harris/Pahrump Valley Times Hypno Comics owner George Chase is hosting a grand opening for his new location at 720 East Street beginning at 10 a.m. on Saturday, March 27. The event will also feature actor Sam Jones, who starred in the title role of the 1980 movie "Flash Gordon". Jones will be signing autographs for attendees from 3:30 to 6:30 p.m. 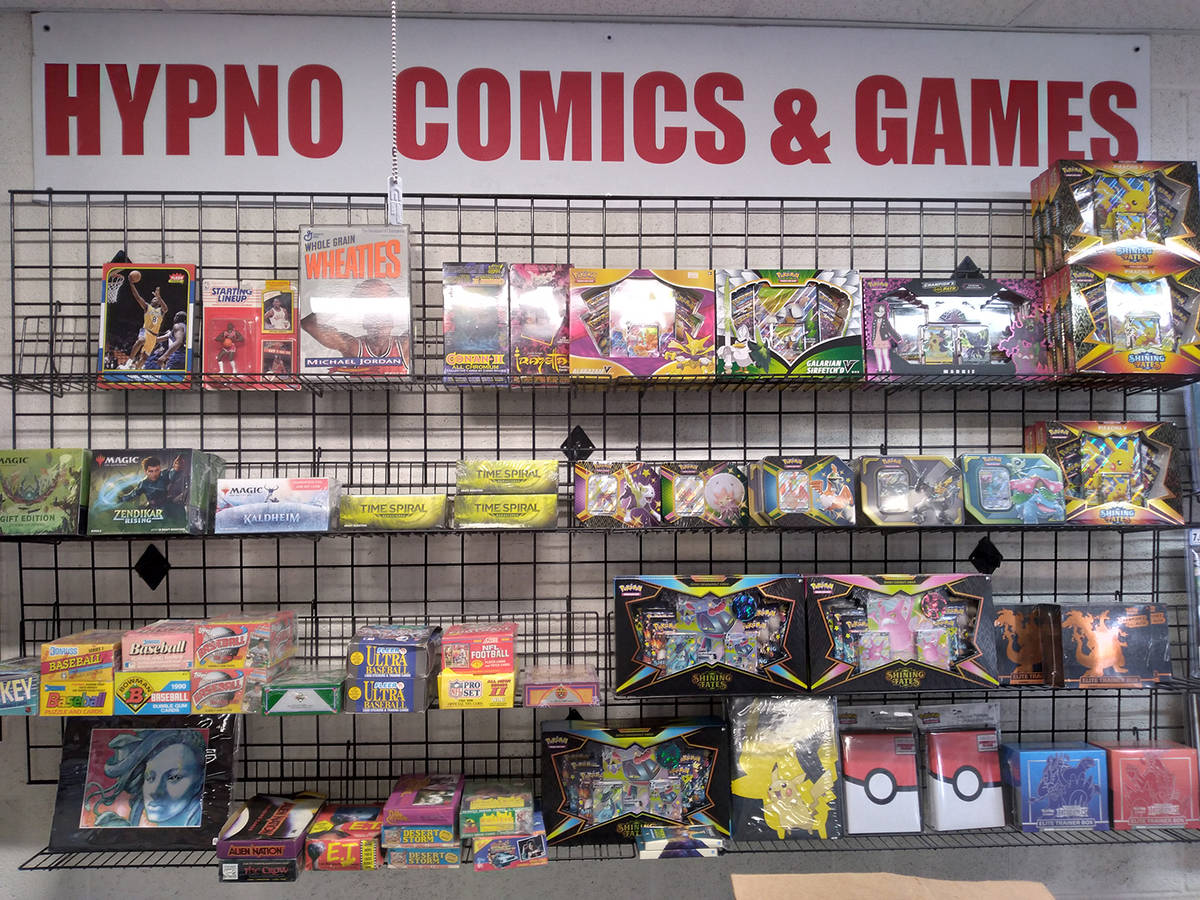 Local residents will have the opportunity to meet Hollywood actor Sam Jones, as Pahrump’s Hypno Comics is hosting a Saturday, March 27 grand opening at its new location on 720 East Street beginning at 10 a.m.

Though Jones has starred in dozens of motion pictures and television shows over the decades, most moviegoers know him from his starring role as the title character in the 1980 movie “Flash Gordon”.

“He will be here from 3:30 to 6:30 p.m., but we will open our doors for the grand opening at 10 a.m.,” he said. “People can come in and meet Mr. Jones, but there is a fee if you bring a personal item for him to autograph. If you don’t have a personal item, he will have items for sale at his table and autograph those for free. He heard of us when we had our store in Ventura, California.”

Chase also spoke about his new location compared to his previous shop along Frontage Road in Pahrump.

“People can expect our biggest shop ever here in Pahrump,” he said. “We will have the 5280 Mexican food truck here, as well as a $1 comic book parking lot sale. We will also be giving away free comic books to the first 50 people and free Pokemon posters for the first 50 people. It’s just going to be a fun day. The thing that I am most excited about is we added an antique and an Americana corner, so if it’s a collectible, we do it. We also buy collectibles, so we will look at it, and if we like it, we will throw money at you.”

In relation to comic books, Chase noted that the publications are not just for the amusement of kids.

“The age group for comic book enthusiasts is about 18 to 50 years old, but we do get young readers and that is one of my favorite things because it’s good escapism and also a great segue into novels, and it’s also what got me into reading,” he said. “As far as my favorite comic books, I grew up on Daredevil, and I’m also a Marvel guy but Daredevil is my all-time favorite. We have so much more than just comic books. If it’s a collectible, we do it all, including sports cards, games, coins, video games and action figures.”

Throughout his business career in the comic book industry, Chase and his wife Destiny have earned several prestigious recognitions over the years, including the Eisner Award, named after the famed American cartoonist, Will Eisner.

“The Eisner Awards are basically the Academy Awards of the comic book industry,” he said. “We were lucky enough to be nominated three times. We haven’t won one yet, but it’s really an honor just to be nominated, because it means we are doing what we are supposed to be doing and I am very proud of that. Before we moved here, we were also voted the No. 3 best comic book shop in the country, by Travel and Leisure Magazine.”

On a final note, Chase explained exactly how he and his family arrived in Pahrump, and how the COVID-19 pandemic affected the business.

“When we started out in Ventura, we became a victim of one of the biggest wildfires in California, called the Thomas fire,” he recalled. “It impacted our house and our business, during the fourth quarter season and we pretty much lost everything. My cousin lived here and said he had a house for us, so we came here. COVID-19 obviously impacted everybody. It hit us right when we moved into our first spot on Frontage Road, so we stopped and went online only. Eventually this location became available and the timing was right and we fell in love with the spot. I really love this location.”

For additional and general information on Hypno Comics, call (775) 513-6213, or visit their website at HypnoComics.com