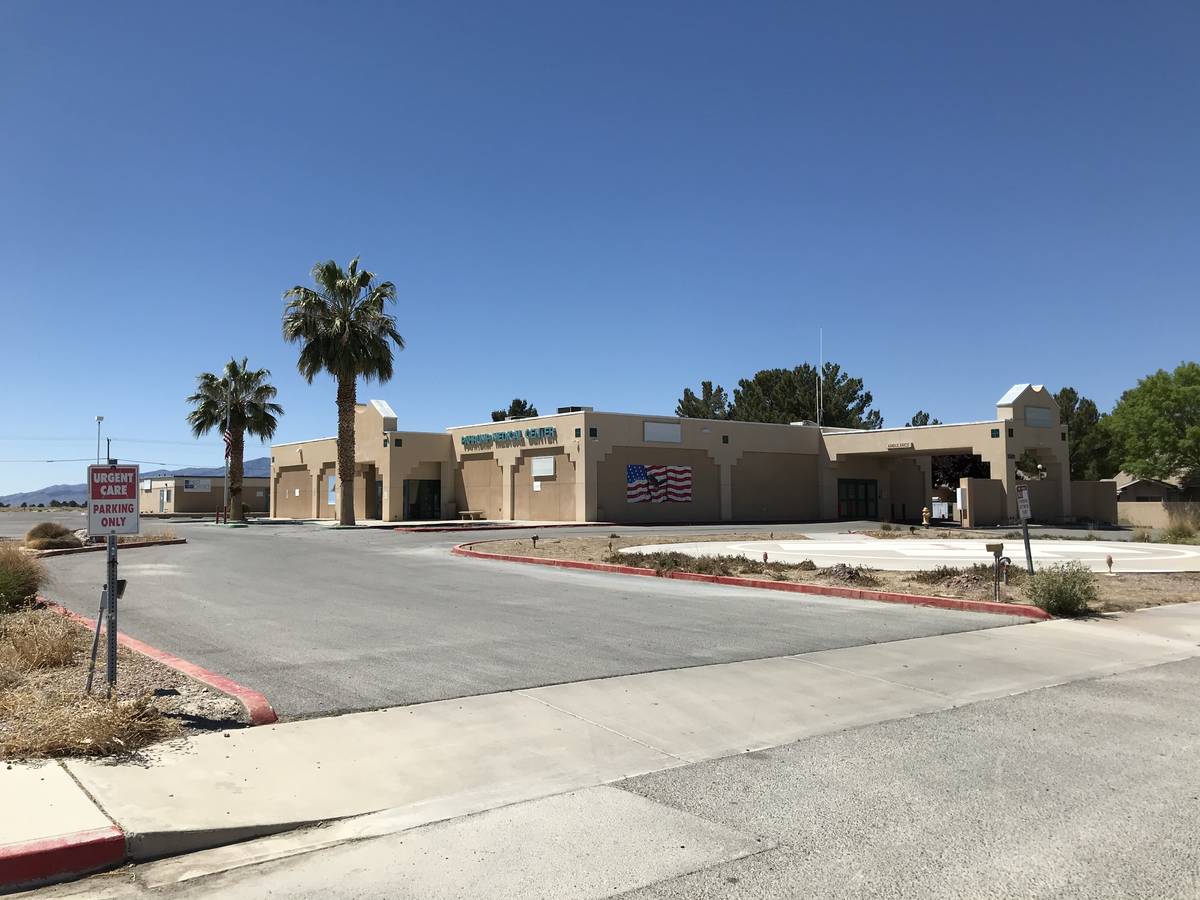 Throughout the past four years, the building has remained largely unoccupied and now, Nye County commissioners believe it is high time to look into selling off the facility.

The proposal to possibly sell the county-owned Pahrump Medical Center located on Calvada Boulevard was brought before the board by Nye County Commissioner Leo Blundo, who said he was hoping to see another medical provider purchase the building and put it to good use by serving the local community. To that end, there was already an interested party that had come forward to express its desire to acquire the medical facility and their intentions aligned well with Blundo’s vision for the future of that building.

“In the past we have leased it out. Currently, we have a tenant in the back portion of that building, which is First Choice Pregnancy Center and I think we do some really wonderful things with them. However, in this current climate, I’m looking at our options,” Blundo told his fellow commissioners during the board’s Wednesday, June 2 meeting.

Blundo said he was aware that the county had previously planned to transition some of the county staff into that building but as it stands today, that move has not been undertaken. “I look at the building and I say, you know what, it’s been vacant for a number of years, what’s something that has been pressing and we really could use in this community? And it’s more medical services.

“I’d like to sell this building,” Blundo continued. “That is the direction I am looking to have board support on, to get an appraisal and move forward on selling the Pahrump Medical Center with the intention of having a medical company come in and offer low-cost, zero-cost medical services to the people and constituents here in Nye County.”

Nye County Commission Chair Debra Strickland said an appraisal would need to be provided by whomever is aiming to buy the property while commissioner Frank Carbone interjected that the building could not be sold straight out anyway, as it was his understanding that the law would require the property to be auctioned off.

“We’ve got to go through the proper process, which is an auction. It would be nice if we could do direct sales but we can’t,” Carbone said.

Carbone then asked for clarification on what Blundo meant by zero-cost, and Blundo responded that there was a large segment of the local population that does not have health insurance and he would like to see those people be given the opportunity to access medical care with little to no costs attached. In addition, he noted that the local veteran population would enjoy having more medical choices as well.

Strickland said she was not against the idea of selling the property but she emphasized that in doing so, the county would also need to work on plans to use a portion of the sale revenue to build another county building specifically for its staff needs.

“We had plans to move HHS (Nye County Health and Human Services) there, because that made sense, and then move finance into the HHS building. That’s what the long-term goals had been,” Strickland remarked. “But if we were to sell the PMC (Pahrump Medical Center) building, then we could turn around and recreate something, a facility, for our finance department. So that’s where we go from here, I’m hoping the board sees it that way, as we move forward. So I can support this.”

Blundo made the motion to move forward with selling the building in whatever form is necessary, with Carbone offering a second. The item was then opened to public comment and Mark Miyaoka, CEO of Silver State Health Services out of Las Vegas, stepped forward to provide an overview of what his company would like to do with the facility.

Miyaoka said Silver State Health Services already has several clinics in Vegas where they provide medical care to the homeless, veterans and underinsured persons. Through a partnership with Freedom Medical Group, which provides resources such as doctors and nurses, Miyaoka said Silver State Health Services has been able to make a positive impact just over the hill and they would be more than happy to expand into the Pahrump Valley.

“In combination with Freedom Medical Group, we’re doing a lot of good for the community of Las Vegas. We see Pahrump as needing these services,” Miyaoka stated. “We would like to come to Pahrump and offer our services here.”

He noted that Silver State Health Services is certified to provide health care to veterans, which means that former military service members are able to utilize the company’s clinics if they would like. The company offers primary care services, he said, adding, “But if patients come to us first, we can refer them for more advanced medical procedures, if they need cardiology or dialysis or anything like that, we can refer them to other programs. The nice thing about our program is, at a very low cost and often at zero cost, we can provide primary care services and then give referrals so that we can admit these patients that have more chronic illness. Just wanted to open that up, that we are willing to come to Pahrump. All we would need is a facility to operate.”

The only member of the public to express any hesitation was local resident Ammie Nelson, who said she would not mind seeing the building sold but she would not want to see First Choice Pregnancy Center, which provides free services to expectant mothers and families, pushed out in the event of a sale. She suggested that there might be some sort of agreement that could be made between whoever buys the building and First Choice, to ensure that valuable resource is able to continue operating in Pahrump as well.

When the motion to pursue a sale came to a vote, it carried 4-1 with commissioner Bruce Jabbour, who remained silent during the discussion, the only voice against.