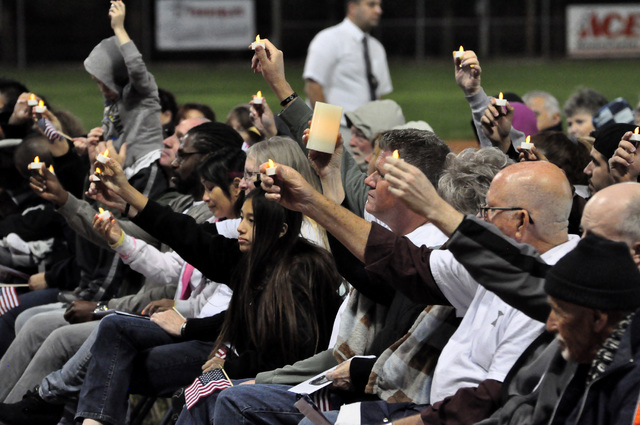 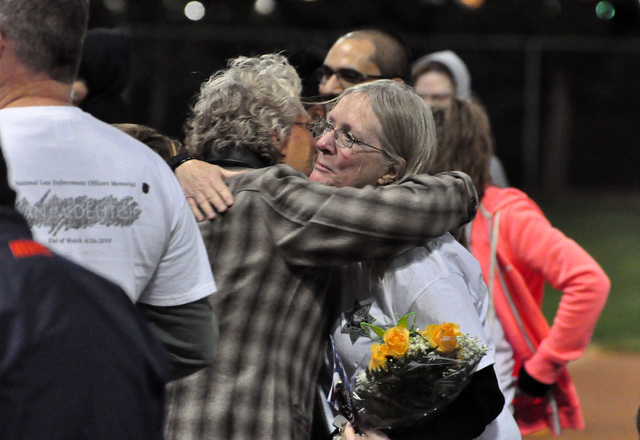 A Nye County Sheriff’s deputy killed in the line of duty was remembered by family, friends and colleagues at the park that now bears his name on Sunday, the fifth anniversary of his death.

Ian Deutch was responding to a domestic violence call at the Lakeside Casino on April 26, 2010 when he was shot several times by a lone gunman, who was killed when another deputy returned fire.

Former Sheriff Tony DeMeo said he and a few others within the department had few reservations when Deutch expressed his interest in becoming a Nye County Sheriff’s deputy.

“As a young officer when he came to our department, I saw something in Ian, that was a light in him,” DeMeo said. “This job is not usually meant for a lot of people, but it was a job for him. Six months into the job we were talking about putting someone into the K-9 program and there was some debate over his youthfulness because he had just turned 21. But we decided to give him an opportunity because we saw something in him that inspired us. He was one of the best K-9 handlers that I’d ever seen.”

Murphy said Deutch was a great man and loved doing his job each day.

“I along with the Nye County Sheriff’s family miss him every day,” Murphy said. “He was a great father, brother, uncle and best friend. I’d like to say thank you for all who are here tonight to remember Ian. You being here shows how important Ian and your law enforcement officers are to the community.”

Sgt. David Boruchowitz, who worked with Deutch for more than four years, called Deutch a great family man who is missed by the entire community.

Wehrly opened the ceremony by describing in detail how Deutch and other deputies responded to the April 26 incident. She noted how Deutch was essentially ambushed by the suspect shortly after arriving on scene.

“The suspect opened fire striking Ian Deutch several times,” she said. “Deputy (Tom) Klenczar arrived on scene and fired upon the suspect striking him and killing him.”

Deutch, who was 27 at the time, was killed on his second day back on the job after returning from a tour of duty in Afghanistan with the Nevada National Guard.