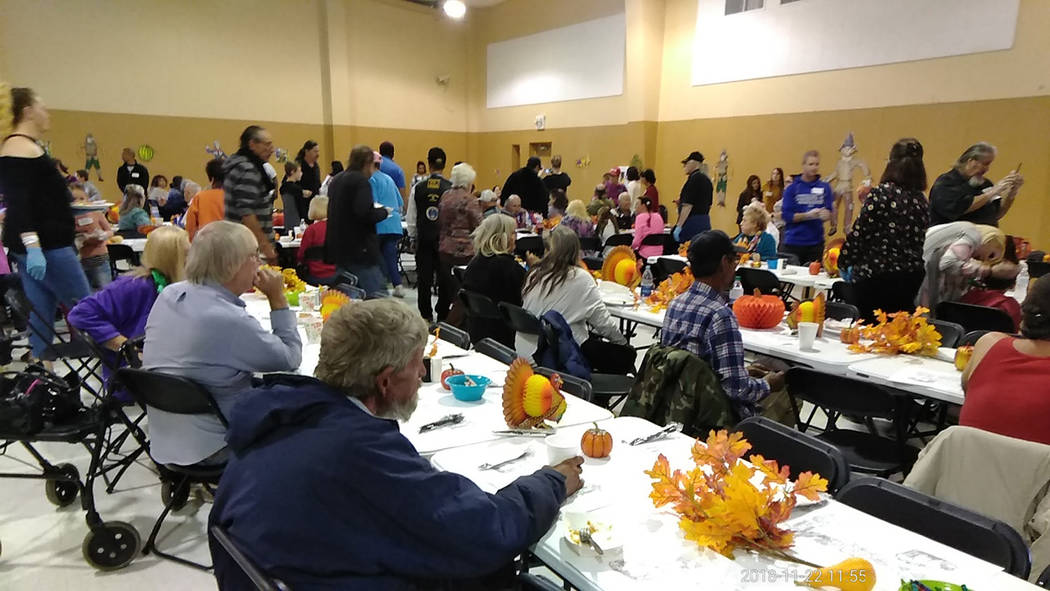 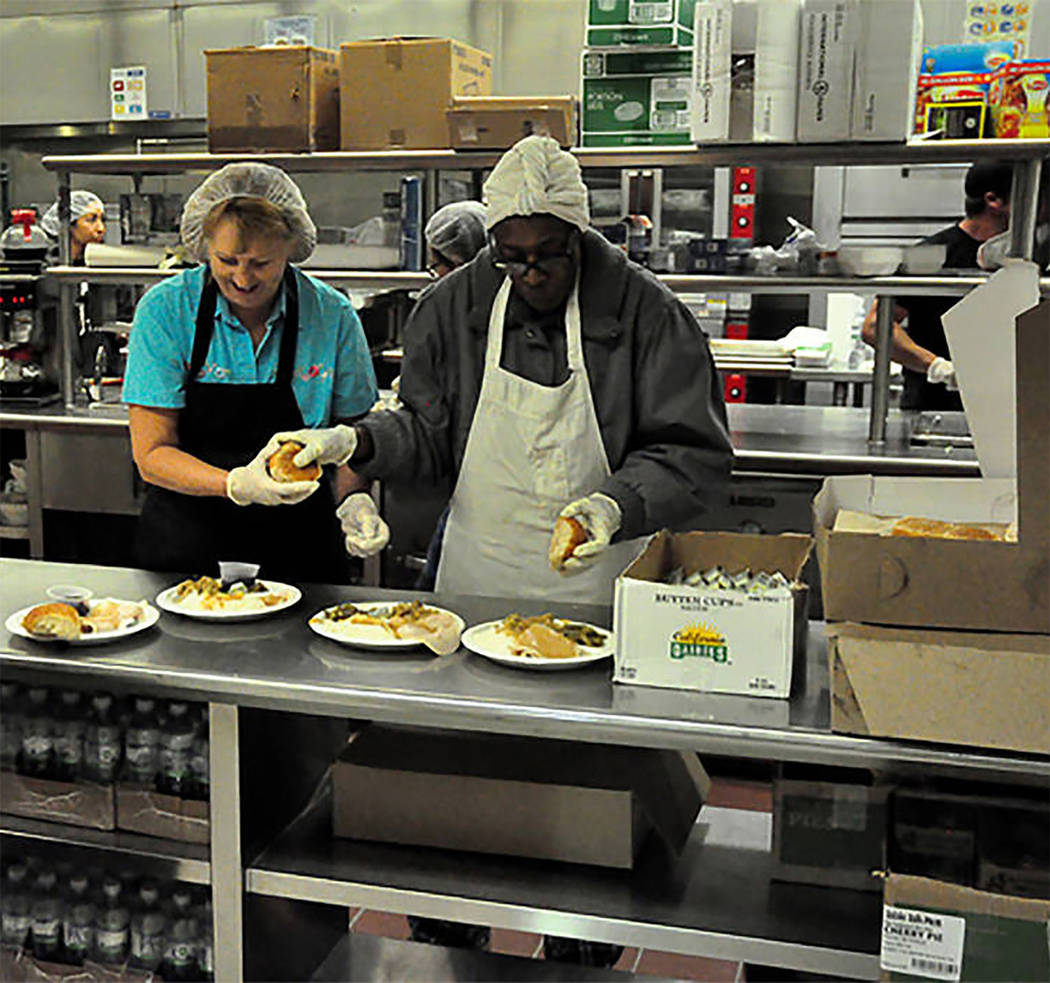 For several years the NyE Communities Coalition had been the parent organization for the old Holiday Task Force but changes in grant funding led to a reduction in the manpower needed to help operate the task force. This led to fears that the Community Thanksgiving Dinner and other events held by the task force would have to end, event organizer Linda Wright, who was a member of the old task force and is heading up the new task force, explained.

However, a group of local organizations, churches and individuals decided they could not stand idly by and watch the annual community meals die out, stepping up to form the New Holiday Task Force, under the wing of parent organization Heritage Bible Church.

“The holidays are fast approaching, which is a time of festivities and get-togethers with family and friends. As a community, we must not forget our families in need or our homeless,” information from the New Holiday Task Force states. “For over 10 years we were committed to providing a hot meal for them. Things changed and we thought it was no more! But some wonderful people came together and started a new committee… The name changed a little but our dedication and commitment to our community in need is stronger than ever …”

Wright said the new committee is made up of members from the old task force, along with four local churches, the Veterans of Foreign Wars Post #10054 and concerned citizens, most notably Nye County Commissioner Leo Blundo, who Wright noted had been a big background supporter of the task force for many years and who was adamant that the community meals must continue.

“It’s been overwhelming, the response that we are getting from the community. And we are back to our roots, back to asking our community, businesses and individuals for support and help to do this. They are welcoming us with open arms,” Wright said. “I am so glad we have the support of the community.”

At this time, the most important contribution community members can make is funding or time, with volunteers needed for kitchen duty as well as other tasks such as greeting, busing tables and cleaning up.

Those who would like to volunteer are asked to call or text Wright at 775-419-7857 or email thenewholidaytaskforce@gmail.com

A volunteer orientation is set for Wednesday, Nov. 27 at 4 p.m. and anyone wishing to help decorate can do so at 3 p.m. that same afternoon.

On the significance of the addition of the word “outreach” to the name of the event, Wright stated, “We want to reach those in need. That doesn’t necessarily mean that you are homeless. It means those who are alone for the holidays who just want that socialization, or those who are food insecure, those are needs. And yes, you could be homeless, or you could have recently lost a job. Those are all needs and we want to be the organization that reaches out.”

One of the biggest changes coming from the switch in organizers is the end of home delivery of meals. “We would like you to come in and join us,” Wright said, noting that the point of the event is to draw people together to foster camaraderie and a sense of family.

The Community Outreach Thanksgiving Dinner is set to take place from 11 a.m. to 2 p.m. on Thursday, Nov. 28 inside the NyE Communities Coalition Activities Center, 1020 E. Wilson Road. The meal will be served buffet-style, although there will be accommodations made for both veterans and those who are disabled, with servers planned to bring meals to the table for those attendees.

The meal will be a traditional Thanksgiving dinner with turkey, stuffing, mashed potatoes and gravy, sweet potatoes, cranberry sauce and rolls. For dessert, attendees will be able to enjoy pumpkin, apple and pecan pie with whipped cream. Coffee, tea, water and Capri Sun beverages will be served and entertainment will also be included.

In addition, there will be a donation box on-site so residents can drop off jackets, coats, gloves and other cold-weather gear that will then be distributed to those in need during the New Holiday Task Force’s Community Outreach Christmas Dinner, set to be held on Christmas Eve, Tuesday, Dec. 24 at the coalition.