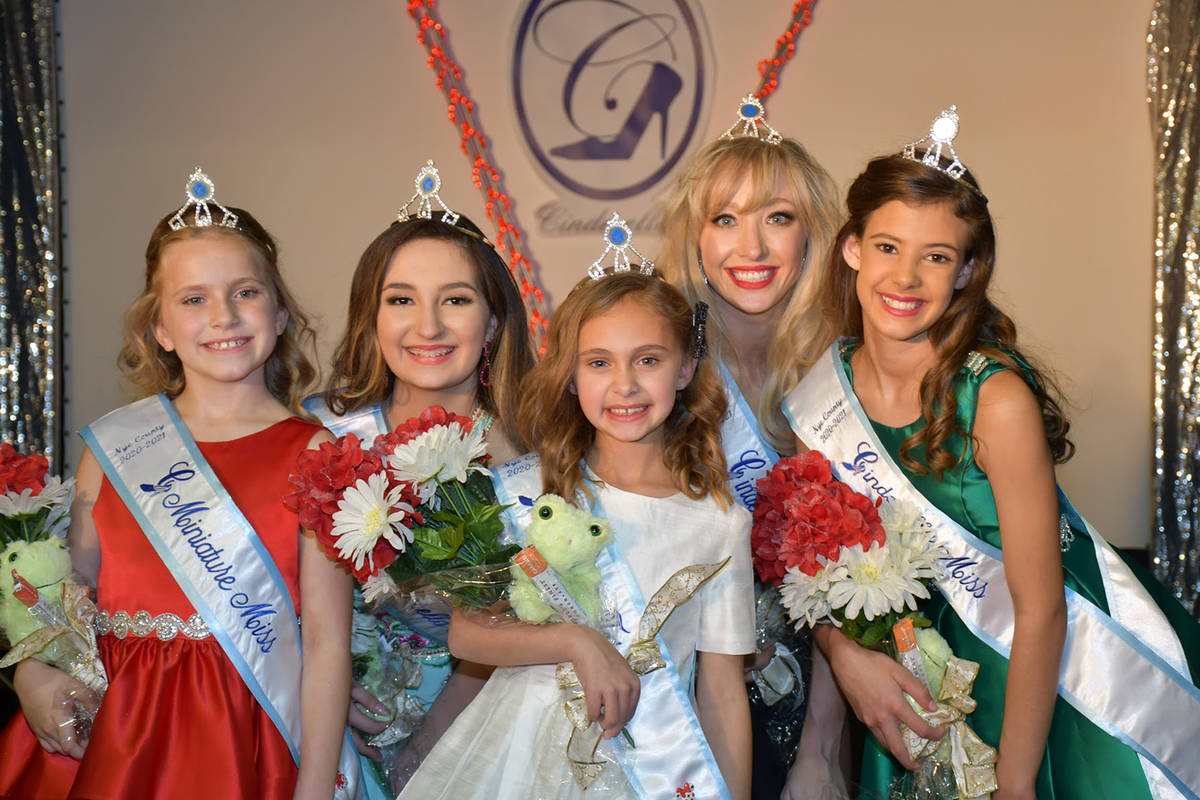 Special to the Pahrump Valley Times From left to right are Avery Sampson, Sarah Wertz-Ramos, Paisley Hartley-Irelan, Juliette Wade and Charlize Kruczynski, all of whom took home overall winner titles at the Nye County Cinderella Pageant. 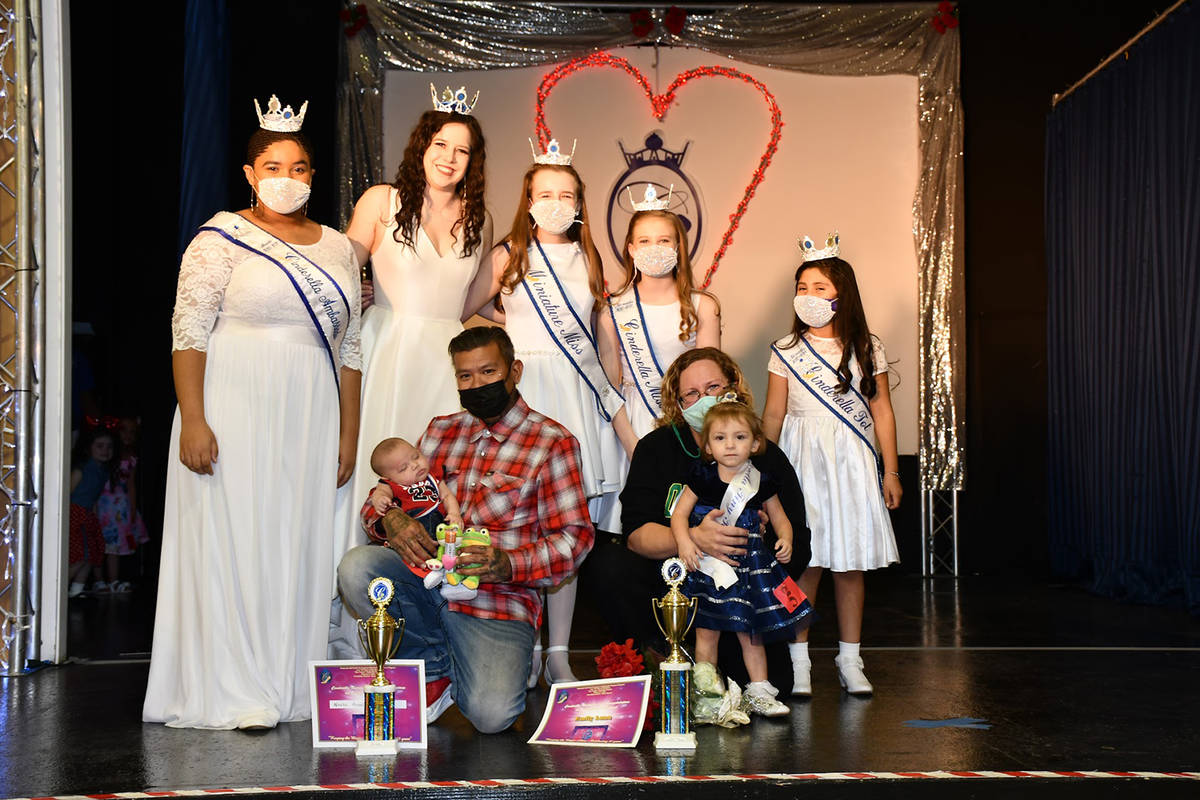 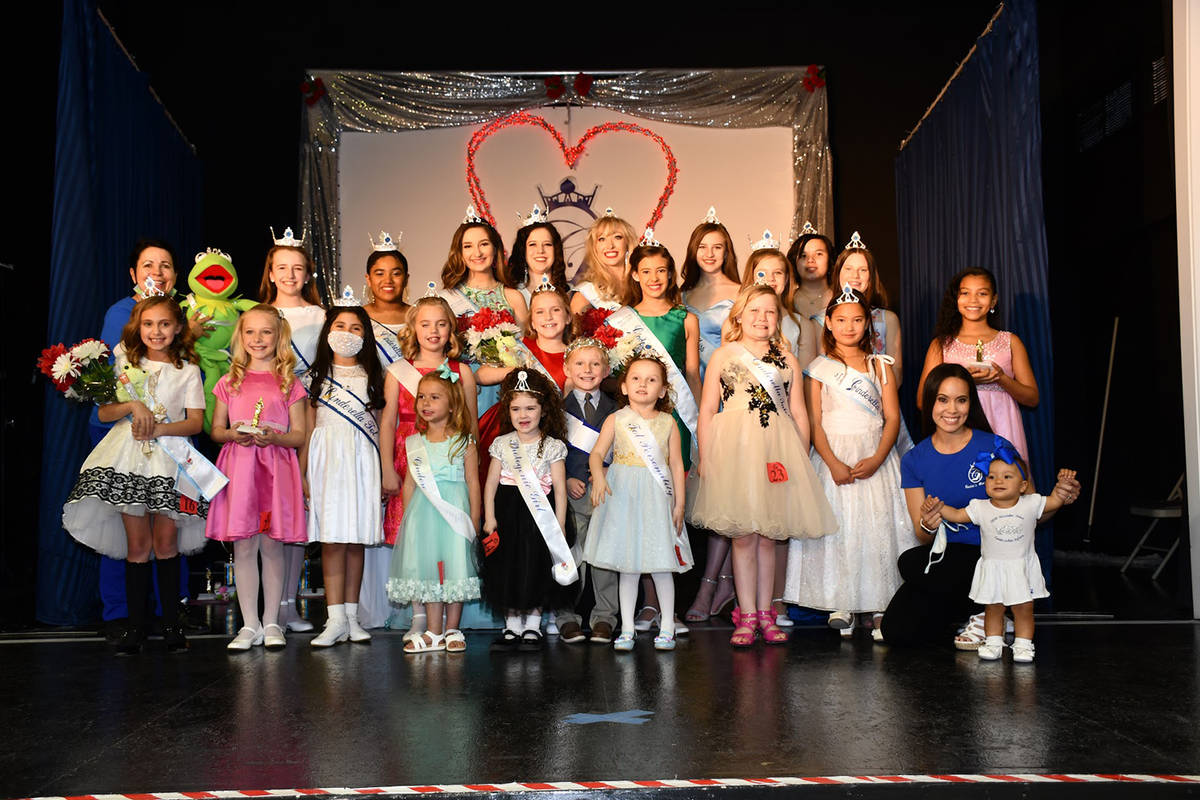 Special to the Pahrump Valley Times The contestants in the 2021 Nye County Cinderella Pageant pose for a group photo. 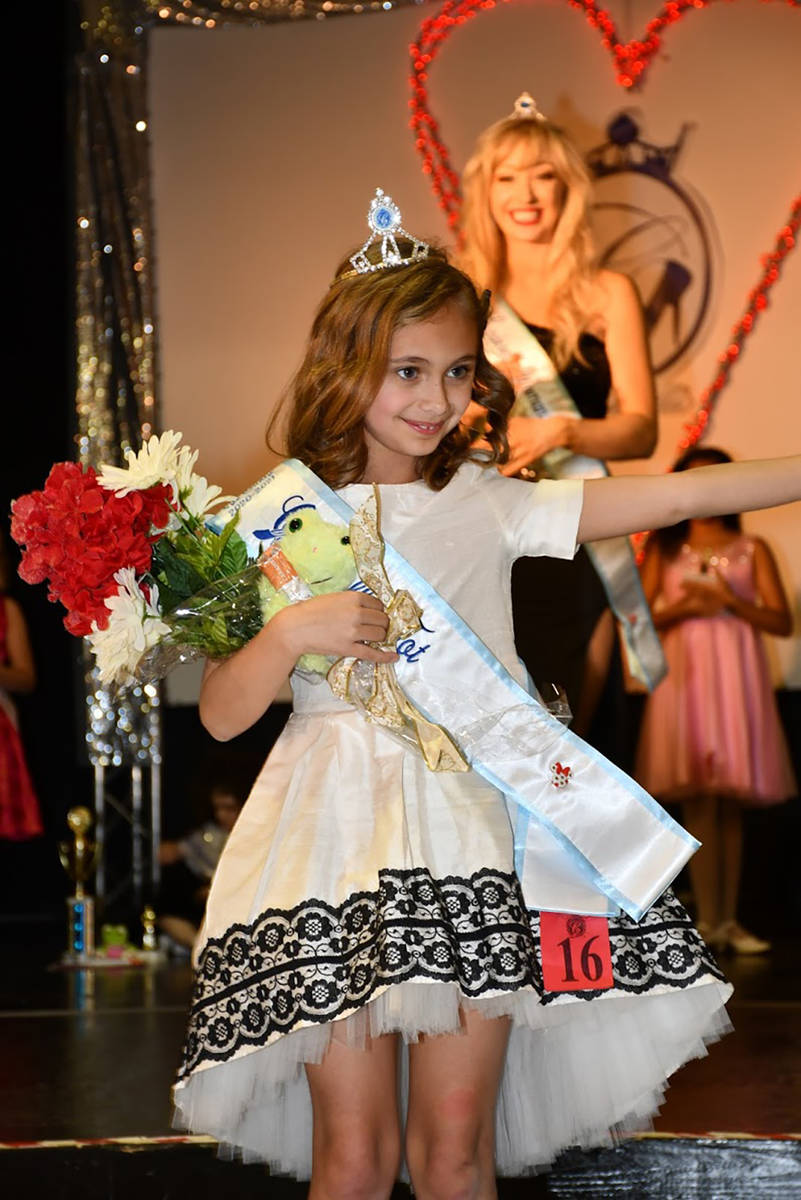 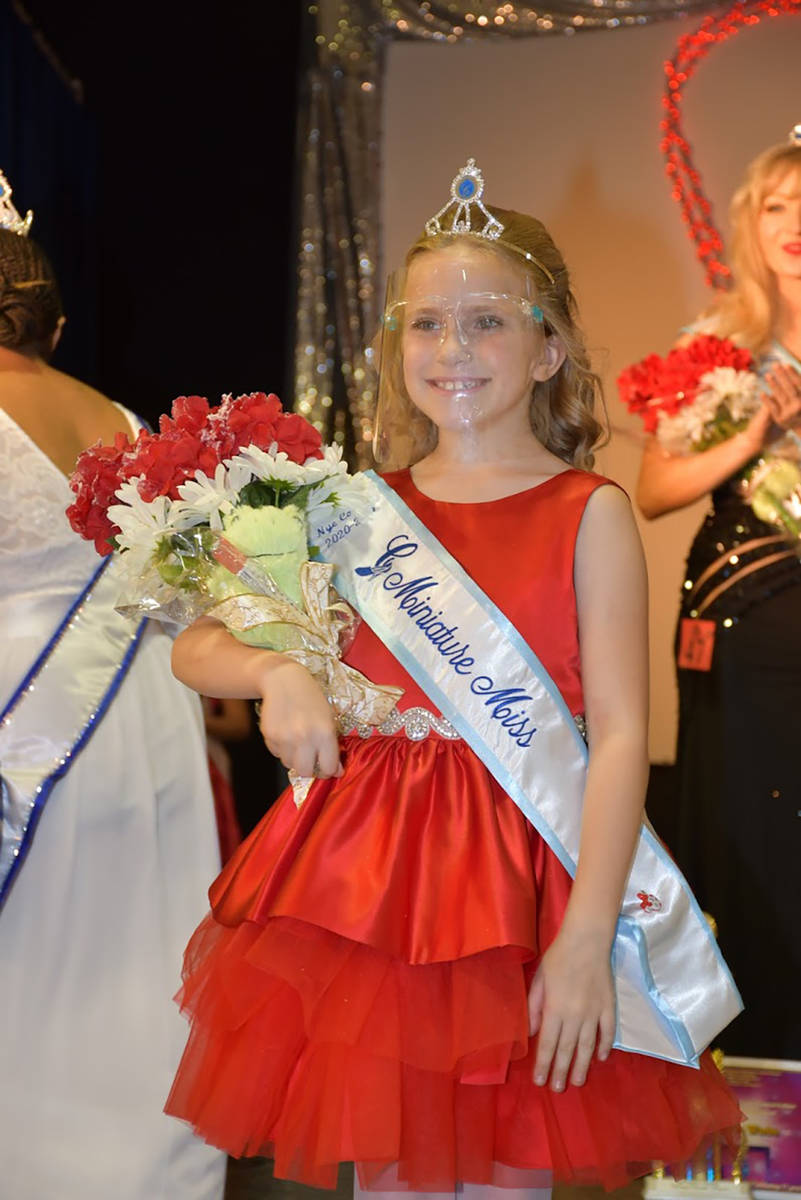 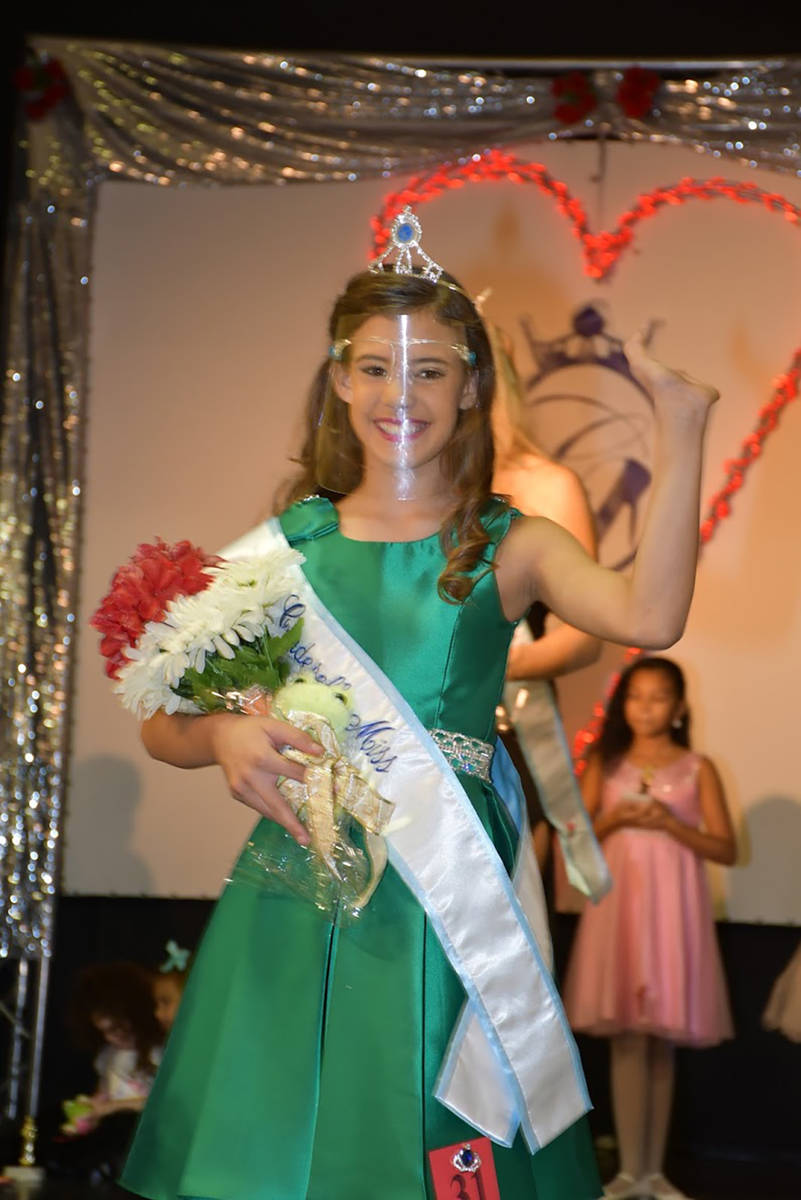 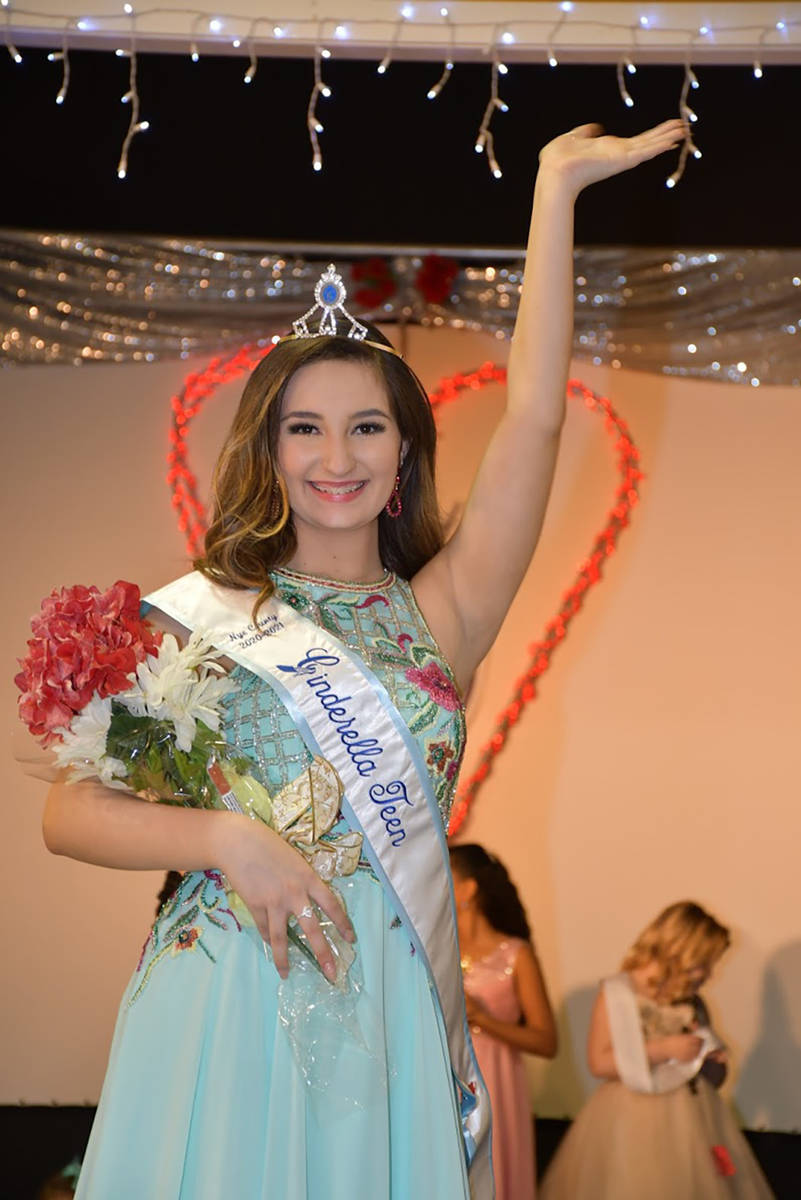 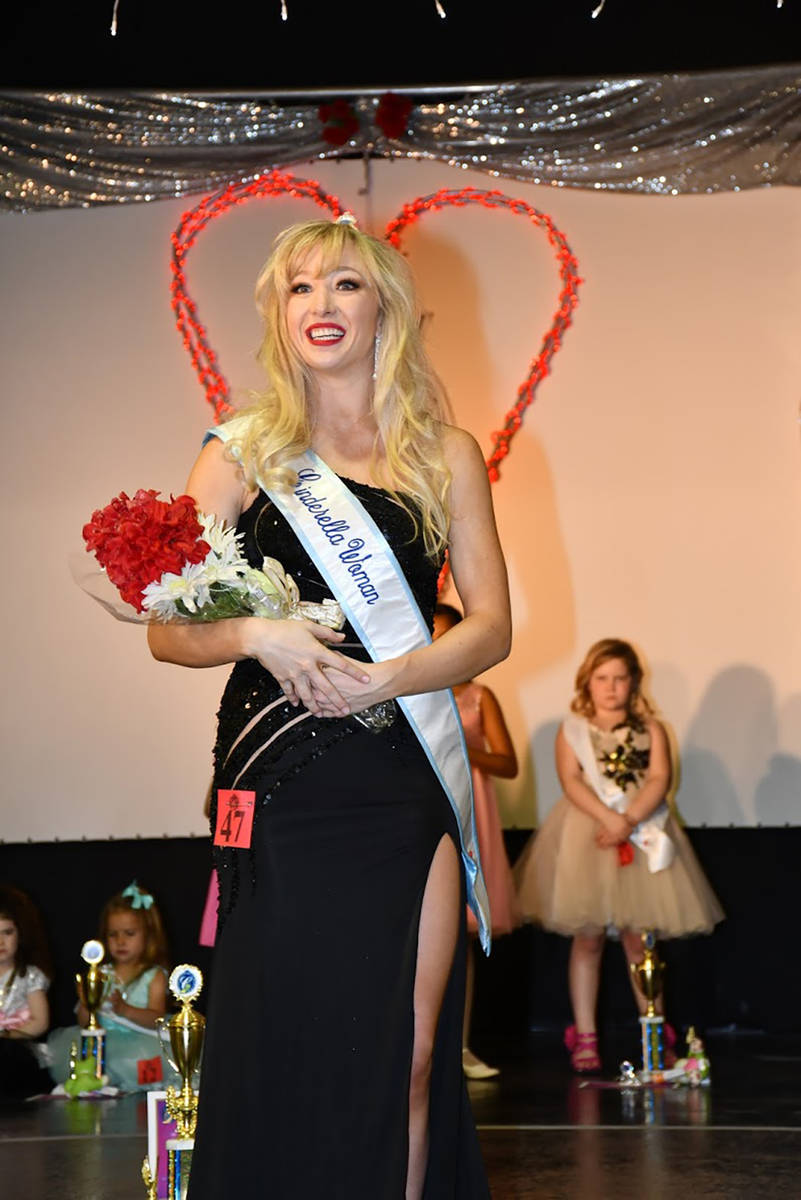 The spotlight was shining on the local community on Saturday, Feb. 6 as residents took to the stage to display all their poise and grace during the Nye County Cinderella Girl Youth Development Scholarship Program and Pageant.

Hosted inside the NyE Communities Coalition Activities Center, the Nye County Cinderella Pageant was hailed as a wonderful success by Nevada State Cinderella Director Gwendolyn Hansen, who said she was more than proud of the contestants who took part, each and every one of whom had something special to offer the show on Saturday.

“Whenever I hear the ‘Cinderella Theme’ song my heart pounds, even after 35 years of personally being involved, kind of like when we used to hear ‘There She is, Miss America’ and we would wonder who it would be,” Hansen told the Pahrump Valley Times following the pageant. “I personally felt excited to see the new winners for Nye County and look forward to seeing them at Cinderella State next June!”

The Nye County Cinderella Pageant opened on Saturday with the contestants in the Baby and Prince Charming division, with playtime and party wear presentations bringing life and fashion to the stage before the older contestants made their debut.

“On pageant day, the older girls, ages 3 to 29 participated in individual interviews with the judges, did Tot Personality, which is an onstage interview with the emcee, performed their talents onstage and offstage, as well as modeled casual wear outfits and party wear dresses,” Hansen detailed. “The winners in each division are picked from a total of their scores based on two things: their Cinderella Beauty Score, which is basically a combination of interview, casual wear and party wear, but mainly based on inner beauty, poise, ability to speak on stage and confidence; and their Tot Personality/Talent Score, which is their ability to entertain an audience with technical merit taken into consideration.”

Hansen said the judges collectively decide who the overall winners will be, with the focus being selecting the best winner to represent each age division, one who is “…equally poised and personable as she is charming and entertaining,” Hansen added.

There were a total of 14 contestants in the Nye County Cinderella Pageant. The winners for the Baby and Prince Charming division were as follows:

The winners for the Cinderella Tots were:

Taking top honors in the Cinderella Mini Miss division were:

The Cinderella Miss, Cinderella Teen and Cinderella Woman divisions each had just one winner, including:

There were several of what Hansen termed as “optional winners” at the pageant as well, including:

In addition to flowers, trophies, banners, candy and miniature Prince Gilbert Frog Awards, each of the winners in the Nye County Cinderella Pageant were awarded a $75 scholarship to help fund their attendance at the Nevada State Cinderella Finals, which will take place at Santa Fe Station in Las Vegas June 13 through June 18.

Hansen said that while the Nevada Cinderella Program may incorporate a pageant aspect, the program is about much more than just getting on stage to perform for a crowd. At the heart of the program is youth development, with community service playing a key role. “We encourage all girls to be the best they can be as adults and we know that comes from being involved in the community through service and from learning valuable individual skills,” Hansen said. “Many girls never win the overall crown but they always benefit from the skills they learn in Cinderella.”

The program also provides a family of sorts for those who get involved, with various parties and other events hosted throughout the year, bringing the contestants together and helping to forge lifelong friendships. “The ‘magic’ of Cinderella is more than pageant day,” Hansen enthused. “It is taking these families out of the world for a few minutes of being involved in the enchantment of Cinderella and friendship which will last a lifetime.”

In conclusion, Hansen offered her thanks to all those who helped make this year’s Nye County Cinderella Pageant such a success.

“I would like to personally thank the NyE Communities Coalition for providing the facility and the wonderful stage that we got to use for the event. The staff there onsite and in the office were so friendly and helpful,” Hansen said with evident and abundant gratitude. “I would also like to thank my Cinderella Local and State Royalty and their families for coming to help and for many other local Cinderella families who came to help prior to and after the event. We are a Cinderella family and the families involved are all-out service and helping whenever they can. Everyone volunteers to make for a wonderful event. I would also like to thank the ladies who volunteered to be judges for our event, they did a terrific job!”