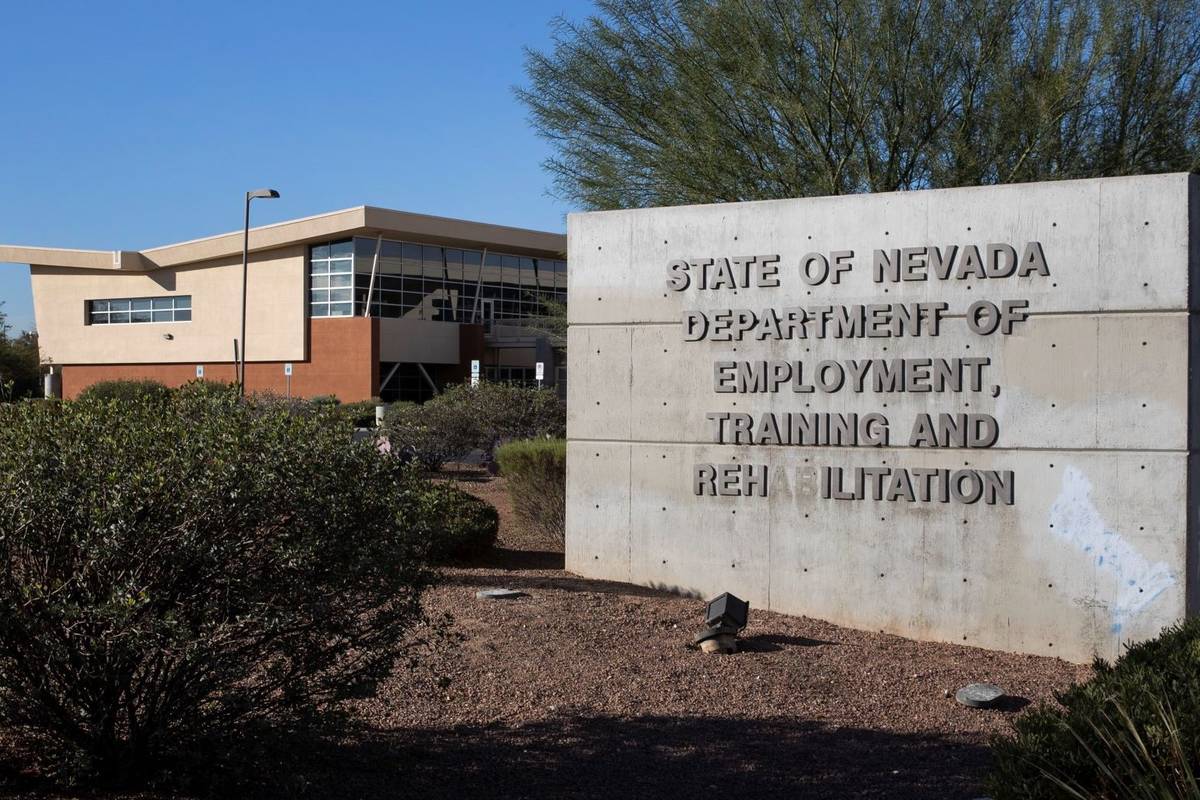 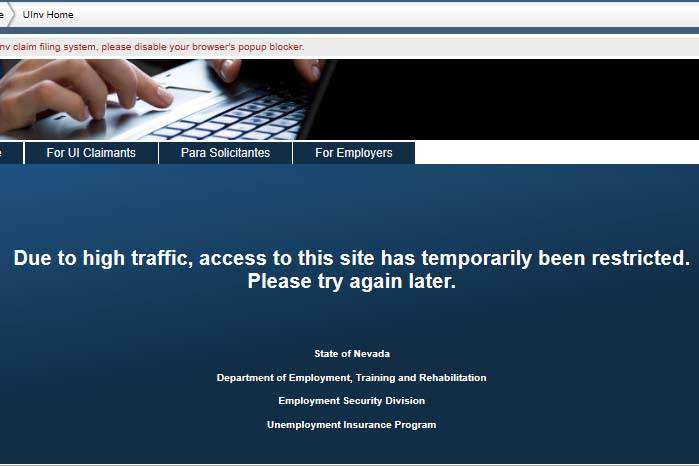 A screen shot taken of the Nevada unemployment website on Tuesday, April 14, 2020.

Continued unemployment claims saw the first sizable decline this year during the week ending Feb. 20, according to finalized data from the Nevada Department of Employment, Training and Rehabilitation.

Continued claims, which represent the current number of insured unemployed workers filing weekly for unemployment insurance benefits, totaled 71,634, a decrease of 5,676, or 7.3%, from the previous week’s total of 77,310.

Nevada’s Pandemic Emergency Unemployment Compensation program, which provides benefits to individuals who have exhausted their regular unemployment benefits, saw 56,507 claims filed in the week, a decline of 2,941 claims from last week’s total of 59,448. The passage of HR 133, Continued Assistance Act, 2021, updated the number of available benefit weeks for the PEUC program. Originally 13 weeks, starting the week ending Jan. 2, claimants may be eligible for up to an additional 11 weeks of PEUC in certain circumstances.

Nevada’s State Extended Benefit program currently provides up to 20 weeks of benefits to individuals in regular UI who have exhausted both their regular and PEUC program benefits. Nevada saw 76,143 claims filed in the week, an increase of 2,244 claims from a week ago.

The insured unemployment rate for the regular UI program, which is the ratio of regular continued claims in a week to the total number of jobs covered by the unemployment insurance system, fell to 5.4% from the previous week’s rate of 5.8%.

The Pandemic Unemployment Assistance program, which provides benefits for self-employed, 1099 contract workers and gig workers, saw 6,413 initial claims filed in the week ending Feb. 20, a decline of 6,019 claims, or 48.4%, from last week’s total of 12,432. Initial applications for the PUA program continue to be highly variable because of ongoing high levels of fraudulent applications.