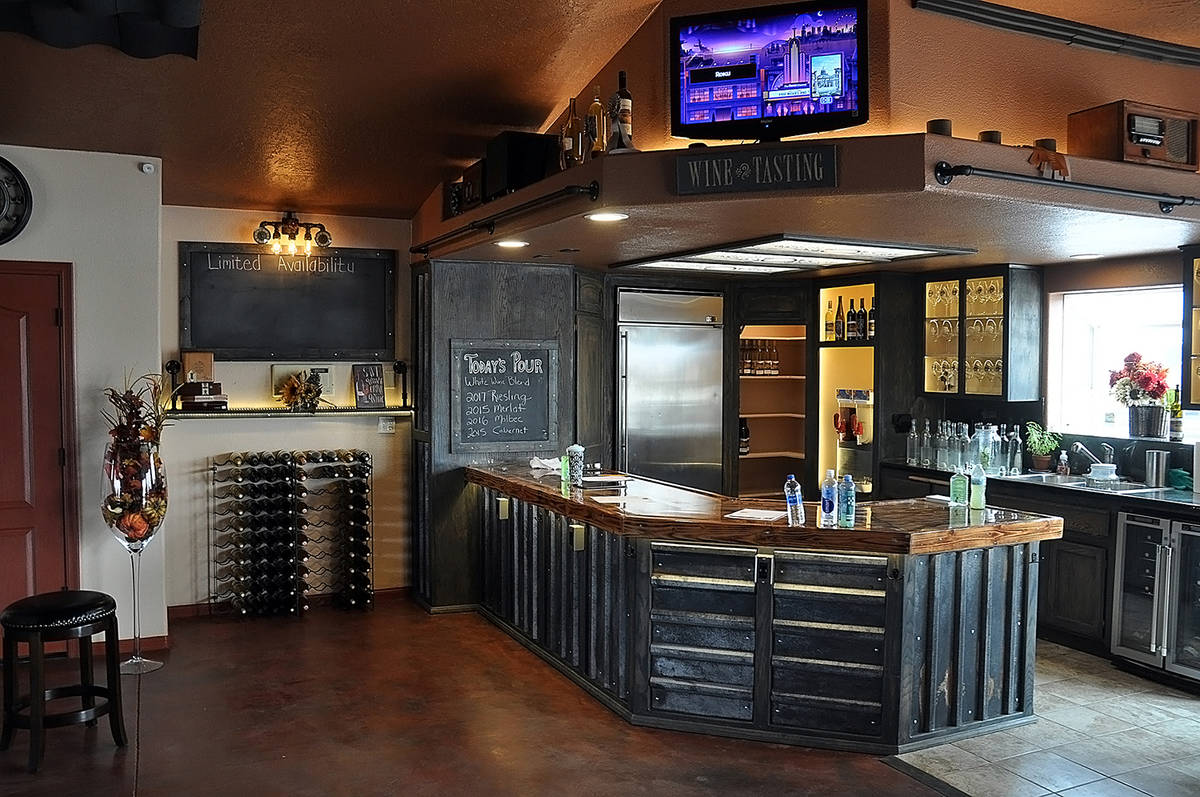 Horace Langford Jr./Pahrump Valley Times Artesian Cellars Vineyard and Winery, a 2,700 square-foot facility, is now the third winery operating in the Pahrump Valley, complete with a tasting room and dining. Owner and Certified Viniculturist Tim Burke has earned numerous awards for his line of red and white wines made from grapes grown in the Silver State. 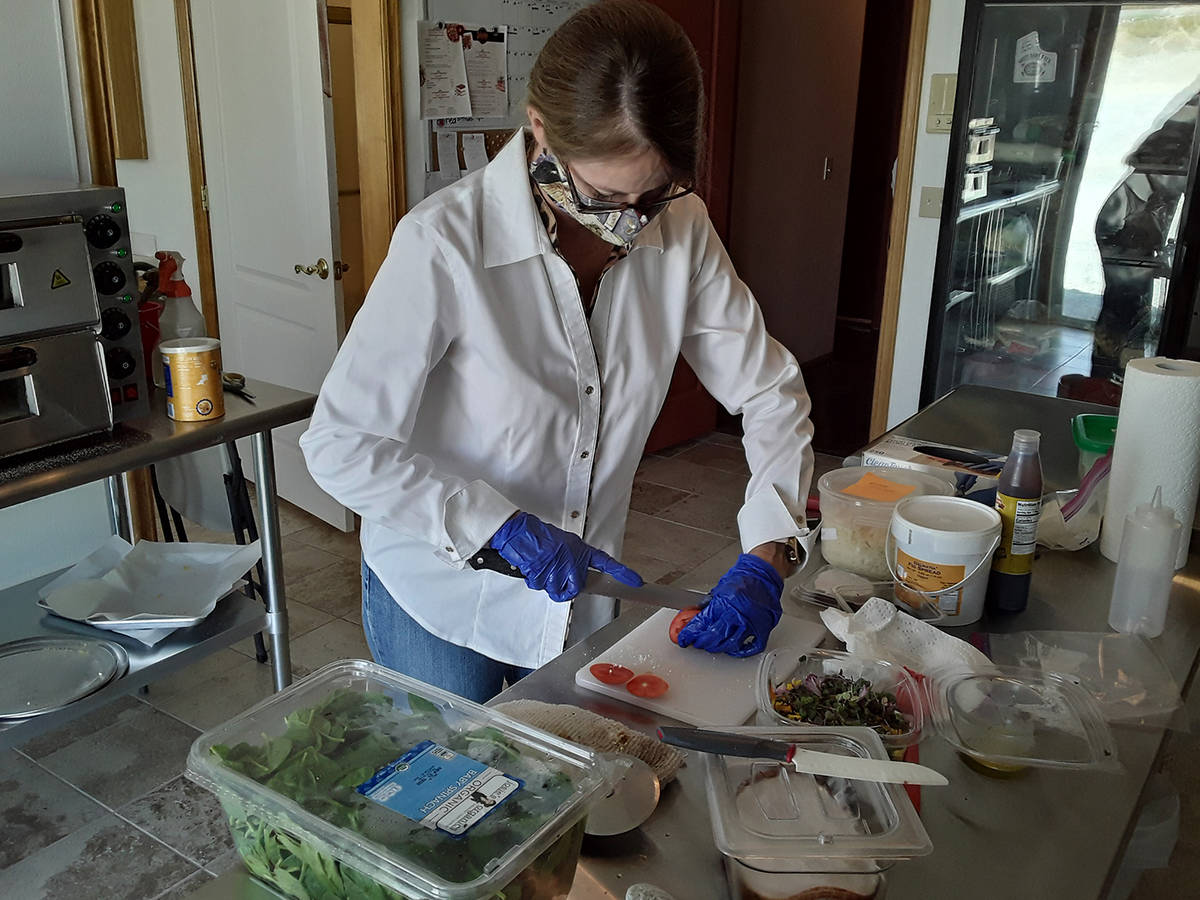 Horace Langford Jr./Pahrump Valley Times Chief Operating Officer Pam Tyler prepares a panini sandwich, which is one of the many menu items offered at Artesian Cellars Vineyard and Winery. 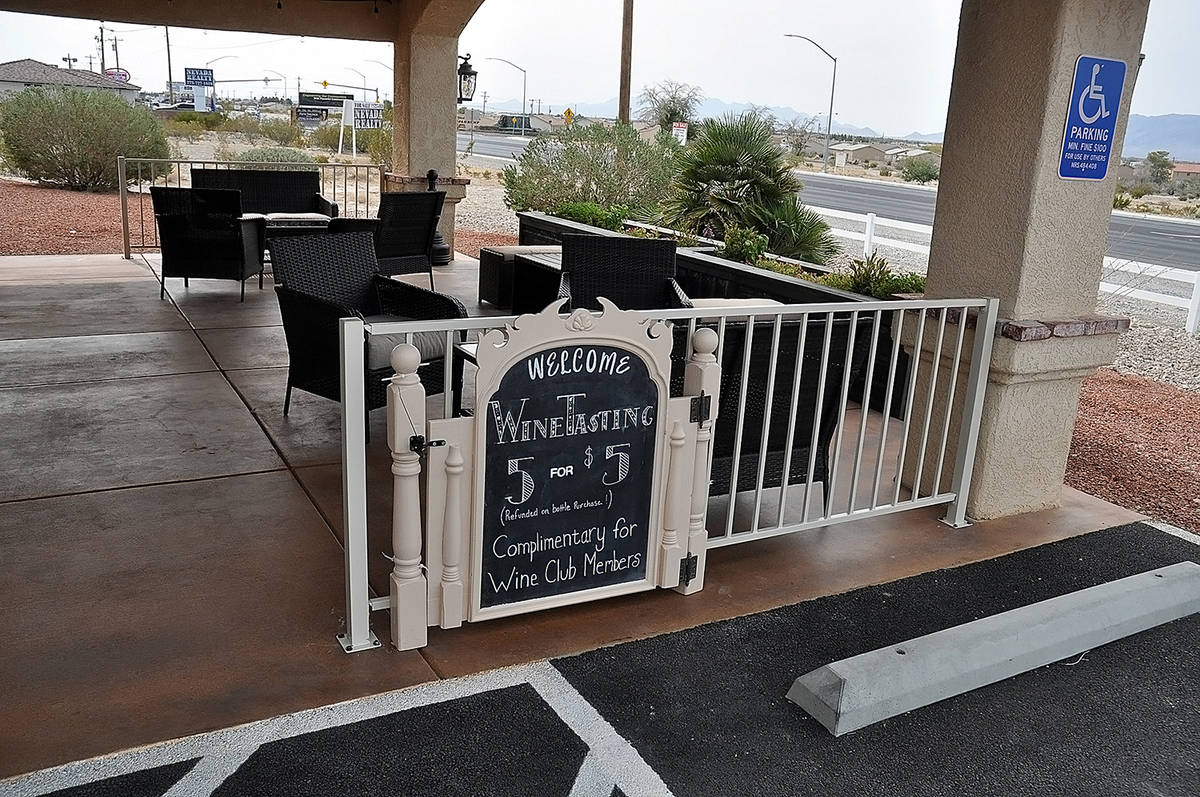 Horace Langford Jr./Pahrump Valley Times Artesian Cellars Vineyard and Winery offers tastings on both the front and back patio. Owner Tim Burke said he plans to expand the business after recently purchasing a whiskey still. His long-term goal is to install a distillery next door to the 1731 South Highway 160 location, as well as a wine garden in the back of the property. 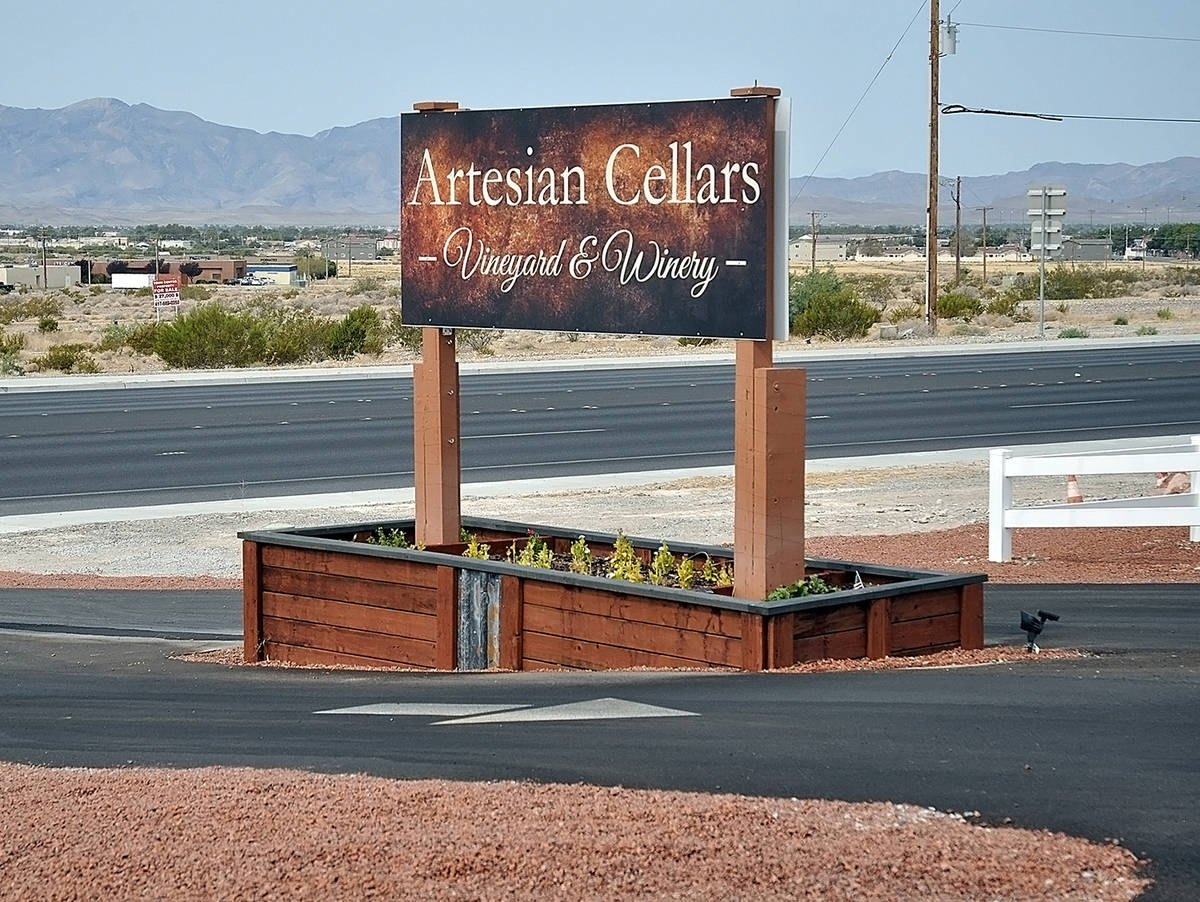 Horace Langford Jr./Pahrump Valley Times Burke said he would like to see six or seven different wineries operating in the Pahrump Valley, due to its potential to become a major wine center and tourist destination in Nevada.

Pahrump now has a new winery with a tasting room doing business in the heart of town. Located at 1731 South Highway 160, Artesian Cellars Vineyard and Winery is owned by native Nevadan and winemaker Tim Burke.

Truth be told, Burke, who is also a columnist for the Pahrump Valley Times, was recently elected president of the statewide organization, Nevada Vines and Wines.

He noted that his ascension to the position was the first time a commercial winery owner and vineyard operator has actually been president of the organization, which has been operating for a number of years.

After recently opening this month, Artesian Cellars, a 2,700-square-foot facility, is now the third winery operating in the Pahrump Valley, complete with a tasting room and dining.

The more, the merrier

When asked whether the town can support multiple wineries, Burke emphatically replied yes.

“We would actually love to see six or seven different wineries out here because then it becomes a destination for people,” he noted. “The great thing for our community is that people can come out here from Las Vegas and visit three or four wineries on Saturday, and they may even spend the night at the Holiday Inn or one of the other hotels out here. They’ll spend their money at the restaurants around town and buy gas. It’s not really impacting our community other than bringing money in for our economy.”

Regarding the process of winemaking, Burke is no novice, as he is using his own grapes to create his line of award-winning wines.

“We have nine vineyards throughout the state of Nevada and we have been harvesting them for a number of years,” he said. “We have some of our own planted out here on our property in Pahrump. I have family property in Dayton, Nevada where we have additional vines. We have a lot of family property with water rights and everything else, but we are also getting ready to plant some vines here, so people can actually see the grapes here at the winery. It’s kind of like what Bill and Gretchen Loken have done at the Pahrump Valley Winery where they put the grapes out in front.”

Burke also noted that much of Nevada has an ideal climate to grow grapes for winemaking.

As a certified viniculturist, defined as an individual who thoroughly knows how to manage vineyards, Burke said he plans to plant additional vines along five acres on the south end of town within a month or so, as well as offer consultations on the craft.

“We have it surveyed and are getting ready to start fencing that property and we are going to plant two and a half acres of vines out there,” he noted. “There’s a vineyard up in Reno with 850 vines that we just trellised and pruned for a gentleman up there. We have a 6,500 vine vineyard in North Reno that we are going to work on in a couple of weeks, so we are actually trying to help all of these vineyards throughout the state to really build our industry, but the climate is a challenge.”

Burke also provided his thoughts regarding the suspension of the Pahrump Valley Winery’s liquor license by Nye County back in July.

“I think it’s not good for the community that it is not open, and it’s not good for the industry that it’s not open,” he said. “On the other hand, we all have to play by the same rules. We had to get our liquor license and fill out all of the paperwork and do everything else. It’s only fair that everybody else does the same thing. The previous owners of Pahrump Valley Winery, who are Bill and Gretchen Loken, have been great friends of ours. Prior to them selling their winery, I actually interned with Gretchen for my viniculture certificate. When we started making wine seven years ago, Jack Sanders was there helping us from day one.”

Additionally, Burke did note that there were a few challenges prior to getting Artesian Cellars up and running.

“The county has been fine to work with but they have a set of regulations and rules that are not that easy to work with,” he said. “One of the biggest problems with Pahrump, regarding new businesses, is that there’s no infrastructure. There’s no water, power, or sewer where you need it to be. I cannot begin to tell you how many places we put in an offer and tried to rent or lease.”

Moreover, Burke figuratively raised a glass and toasted the man who helped secure the location of Artesian Cellars.

“We are so incredibly thankful that this location came open,” he said. “Roy Mankins is our landlord and he was born and raised here in Pahrump,” he said. “He has been very generous to us with his time and helping us with this location. We are doing everything we can to really make this location look like a great, attractive place. We are also going to put some vines out front and work on the lighting. We actually purchased a whiskey still, so the long-term goal is to put a distillery next door, and to put in a wine garden in the back of the property. We are thrilled that we have such a great location.”

Circling back on the issue of multiple wineries in the Pahrump Valley, Burke pointed to a small town in Washington state, where dozens of wineries appear to be thriving.

“Woodinville, which is 30 minutes from Seattle has over a hundred wineries in a town smaller than ours,” he said. “So there is potential out here to have all kinds of different wineries and really be the center of wine in Nevada. In order for any of us to be successful, we all have to work together. One of the best things that I ever heard is that we’re not competitors. We all make wine, but we all make different wine, so we’re not really competitors. I think Pahrump has tremendous potential to be the wine center of Nevada. The weather is great, the water is here, and the land is here. Las Vegas is just an hour away with two million people.”

In closing, Burke said he is looking forward to being an important part of the local community.

“We are a partner here and we want to be able to help youth groups as much as we can, but we are a small business and we are limited in resources,” he said. “The response from the community has been fantastic, and we’ve just been thrilled with what’s going on so far.”