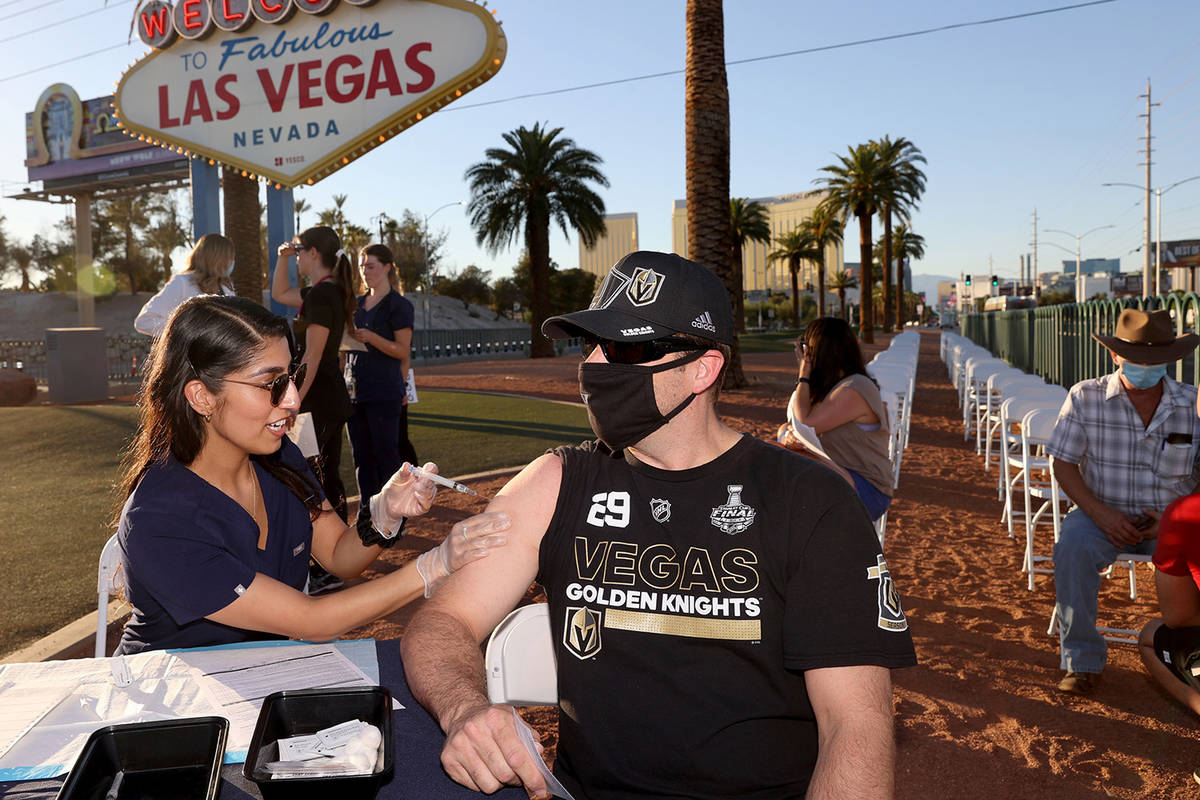 Nevada’s two-week coronavirus test positivity rate continued to decrease on Wednesday, one day after reaching its lowest point in nearly a year.

The state’s positivity rate decreased by 0.1 percentage points on Wednesday, reaching 3.7 percent, according to data from the Department of Health and Human Services. The rate is now at the lowest point since it dipped to 3.5 percent on June 13, 2020 state data shows.

All of the deaths recorded Wednesday occurred in Clark County, according to data from the Southern Nevada Health District.

State officials have said that it is normal for daily figures to be higher than the moving averages due to delayed reports and redistributed data. State and county health agencies redistribute the daily data after it is reported to better reflect the date of death or onset of symptoms, which is why the moving-average trend lines frequently differ from daily reports and are considered better indicators of the direction of the outbreak.

As of Wednesday’s report, there are 226 people in Nevada hospitalized with confirmed or suspected COVID-19 cases, which is 14 more than the day prior, according to state data.