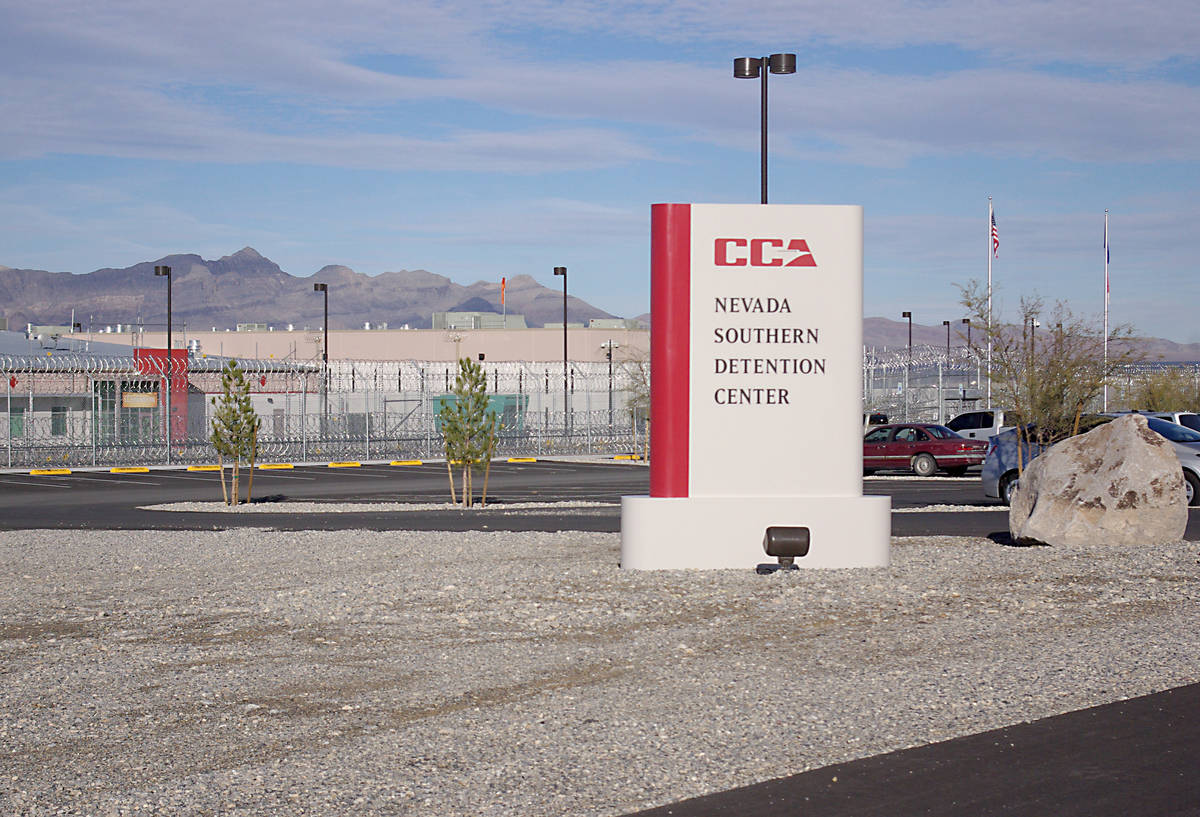 U.S. Sen. Catherine Cortez Masto, Rep. Steven Horsford and Rep. Joaquin Castro, D-Texas, chair of the Congressional Hispanic Caucus on Sept. 3 visited the Nevada Southern Detention Center in Pahrump in an effort to bring transparency to the U.S. Immigration and Customs Enforcement treatment of its detainees.

Members toured the detention center to examine the conditions of the facility after reports of a growing number of COVID-19 cases. ICE’s website shows a total of 10 detainees coming up positive for COVID-19 since testing began in February, with three of those cases under isolation or monitoring, according to ICE as of Sept. 8.

“Crowded and unsanitary conditions at the detention center in Pahrump led to the worst outbreak of COVID-19 cases in Nye County in July,” Cortez Masto said. “Even before the pandemic, I was deeply concerned that ICE and CoreCivic were not taking the health and safety of detainees and employees seriously.

“On this visit, I was able to see the conditions for around half of the detainee population, and it left me with more questions and underscored how broken our immigration system is.”

“As a member of Congress, I have the duty to exert oversight powers over our federally contracted facilities and guarantee faithful compliance of standards and policy,” said Horsford, whose district includes Nye County. “It is critical that ICE keeps the individuals in their custody safe, especially during a public health crisis.

“I was particularly struck by the number of low-priority asylum seekers in custody, who pose no flight risk but are forced to remain in custody for long stretches of time. We must and can do better to ensure this population can receive alternatives to detention.”

Cortez Masto said she intends to push for change at the federal level.

“During my visit, I met with detainees who have been kept at this facility from eight months to three years,” she said. “I’ve proposed legislation that offers alternatives to these types of inhumane detention practices. When the Senate returns, I’ll continue to advocate for critical reforms to our broken immigration system and to hold the Department of Homeland Security — and the federal contractors they employ — accountable for the conditions at their facilities to protect the health and well-being of detainees, and the larger communities they’re in.”

Castro said conditions at ICE facilities have been an issue in his state.

“Just last week, a person detained by ICE died of COVID-19 in my home state of Texas,” he said. “Since the start of the pandemic, the Congressional Hispanic Caucus warned that outbreaks of coronavirus in ICE facilities were not only likely but unfortunately would be deadly.

“Like the rest of the Trump administration’s failed pandemic response, ICE has neglected to take the necessary precautions to protect life. This unmitigated threat poses a danger to both people in ICE custody and our federal workforce, and also local communities whose hospitals could be overwhelmed. I commend the leadership of Representative Horsford and Senator Cortez Masto for shining a spotlight on people vulnerable to this pandemic and working to protect everyone in Nevada.”

The Nevada Southern Detention Center in Pahrump is operated by CoreCivic.