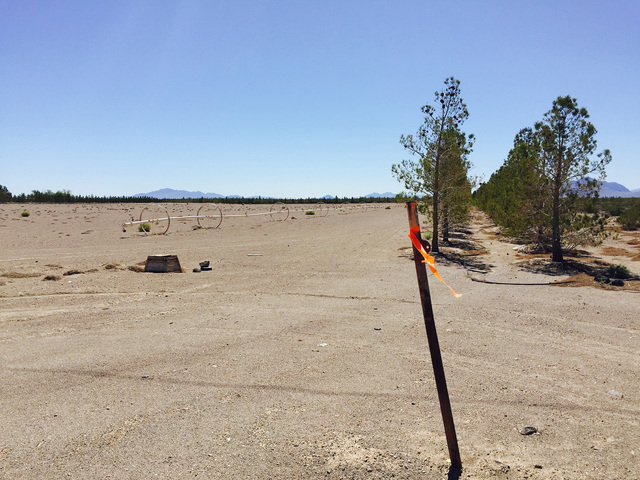 Acres Cultivation is one step closer to beginning construction on its medical marijuana facility in Amargosa Valley.

The Nye County Commission passed both the cultivation and production medical marijuana licenses for the group at their meeting in Tonopah on Tuesday.

Before the board approved the licenses, Commissioner Lorinda Wichman wanted to get the company’s water usage plans on the record.

Wichman did so due to statements made earlier this year that suggested that Acres Cultivation’s partners planned to ship water from their facility in Amargosa Valley to their other facility in Las Vegas.

“We have a large property, 37-and-a-half acres plus or minus up in Nye County with 74 acre feet of water,” Acres Medical managing partner John Mueller told the Las Vegas City Council. Mueller told the council that the plan had been presented in Amargosa Valley and “they’re excited about us being involved with them up there.”

The Amargosa Valley Town Board gave an initial nod of approval to Acres Cultivation, which has the same partners as the Las Vegas company, before a special use permit was granted by the Nye County Commissioners on July 16, 2014.

The commission granted the permit based on an approved water management plan by the Nye County Water District. The water management plan stated that a maximum total of 9,000 to 18,000 gallons per day, or between 3.4 and 6.7 million gallons annually from Basin 230, would be used to grow marijuana.

Paris Balaorus of Acres Cultivation assured the commission that those plans were no longer current, and that no water would be transported to their Las Vegas facility.

“Originally it (shipping water to Las Vegas) was a plan and when you’re putting in these submissions here, you’re trying to give your best ideas,” Balaorus said. “But with the circumstances, the way they came out, that’s just not going to happen.”

The site is located at 950 E. Anvil Road in Amargosa, and will be constructed in different phases.

This wholesale establishment is dedicated to providing premium medical marijuana products to licensed, State of Nevada dispensaries and production facilities.

The construction will be completed in three phases, a process that will allow for early employment opportunities, advanced training and certification as well as local tax revenue in the early phases of this project.

Balaorus said that there is no planned start date for construction, just that they, “are moving as fast as possible at the moment. Wish it was today.”

“Once complete the facility is set to employee up to 23 people, with the building having 27 parking spots.

Town Manager Mike Cottingham is excited about the addition of Acres Cultivation, as he said it was the first new business to open up in 20 years.