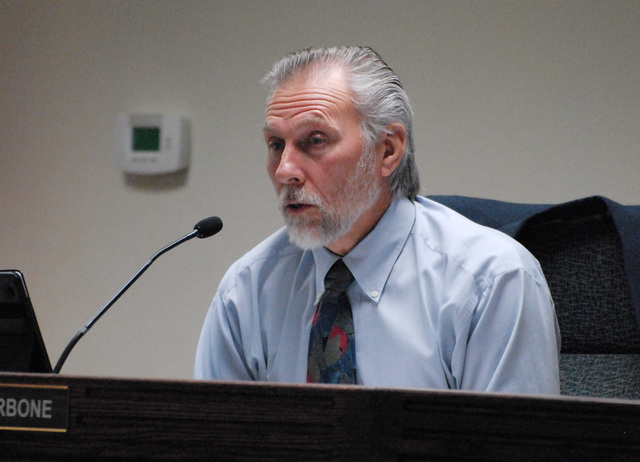 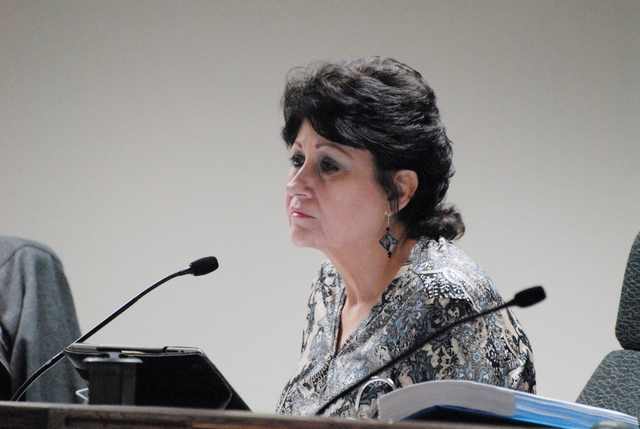 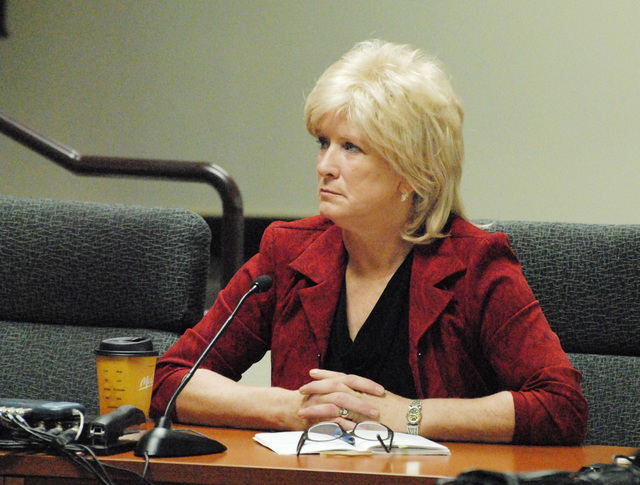 The numbers presented by Comptroller Susan Paprocki were so bad Commissioner Lorinda Wichman, a die-hard Republican, went so far as to suggest county employees might sign up for Obamacare, alluding to the savings the county could reap if it didn’t have to pay employee medical benefits.

The county is projected to raise $33.9 million in revenues but incur $36.38 million in expenditures, Paprocki said. If the county wanted to have a 4-percent ending general fund balance it would require a 13-percent reduction in costs, she said.

If the county were to balance the budget on salary reductions, employees would have to take a 10-percent pay cut, Paprocki said. If every department reduced its budget 10 percent, it would save $2.07 million, resulting in an ending fund balance of $682,000, the comptroller said. The treasury would still be $1 million short.

Once again, the county is considering eliminating all non-mandated services. Paprocki said cutting funds for the senior nutrition program, the natural resources department, veterans services, child support enforcement and animal control, which the county isn’t required to provide under state law, would bring in $948,223.

Wichman said the county is facing an increase in medical insurance of 26 percent, an additional cost of $849,114. County Manager Pam Webster said, “We’ve had some rough claims history for the past couple years. Very rough.”

“If the powers that be in the federal government have decided they know how to handle medical insurance better than we have, what would happen in a situation if we stopped offering medical benefits and subsidized employees?” Wichman asked. “Let’s all sign up to Obamacare, even though that’s probably a stupid question.”

Nye County District Attorney Brian Kunzi said contracts with employee collective bargaining units require the county to offer medical benefits. But Kunzi said employee unions have been very good in making concessions during the past few years due to the economy.

“When you’re faced with cutting employees 10 percent across the board,” Wichman said, “it’s time to tighten up somewhere.”

“If we are unsuccessful in getting whatever concessions are necessary to balance the budget, the only tool you have available to you is forced layoffs. That’s the drastic remedy everybody wants to avoid and we hope we can avoid it,” Kunzi said.

“Do we have any place in the county that is not at its cap for taxes?” Wichman asked.

Paprocki said because communities like Amargosa Valley are already at the maximum tax cap allowed by law of $3.64 per $100 of valuation, the county could only increase taxes by a very minimal three-tenths of 1 cent per $100.

“I have been screaming for years to get some help. This is fantastic to have something in here that will provide some help to the natural resources segment,” Wichman said. She said Nye County Geoscience Manager Levi Kryder has been a big help analyzing the U.S. Bureau of Land Management resource management plan and the proposed listing of the sage grouse.

Paprocki was asked about a request for a $509,000 increase in services and supplies in the sheriff’s budget.

“Assistant Sheriff Rick Marshall said that was the amount he felt he needed so operations remain at the level they are next year,” she said. “They’ve had a lot of increased cost in food service for detention and their fuel.”

The three main sources of income are property taxes, expected to drop $214,808 to $12.97 million; consolidated tax, which is mostly sales tax, which should increase $281,100 to $11.9 million; and Payment in Lieu of Taxes from the federal government, which Paprocki said is fully funded after the sequestration ended, and should add $66,768 for $2.9 million. Nye County will also have an existing fund balance of $612,971 to start the fiscal year July 1.

Salaries and benefits make up all but 25 percent of the $36 million in expenditures, Paprocki said.

The county comptroller said the budget deficit is based on the assumption all employees remain full time; STEP increases and longevity pay raises are kept according to union agreements; other contractual obligations like allowances, shift differentials and incentives are continued; overtime is allowed as currently budgeted, benefits increase and services and supplies remain the same. Carbone said he wanted to look at automatic pay raises.

Then there’s the question of taking over the Town of Pahrump. Paprocki said the town would still have its own budget, like Beatty or Gabbs. Kunzi said if the Nevada Supreme Court approves the county takeover, the county could consolidate some functions, saving money, but it’s too premature to plan for that in next year’s budget.

Commissioner Dan Schinhofen thought property values were going up. But Paprocki said though the assessed property values could go up 10 percent, state law only allows the county to gross another 3 percent in tax revenue.

Commissioner Donna Cox wanted to reduce the county planning department, which has already been cut back due to the economy. She suggested doing the building department in-house instead of with Charles Abbott and Associates. Cox also addressed commissioner travel, noting she has a $6,000 annual travel budget. The county could keep running up the mileage on existing cars, she said.

Cooperative Extension Agent Joy Belonga said the extension actually saves the county money through crime prevention. She said co-op volunteers turned in 8,925 hours in 2013 in the 4-H and master gardener program. Wichman suggested they could start home economics programs and cook meals for the Pahrump jail.

Emergency Services Director Vancy Payne was the only department head in attendance. He said the privatization of the Pahrump Animal Shelter should save $20,000 per year. He said animal control was called into service 1,517 times between Jan. 1 and March 31, but the county doesn’t have to pay animal control officers to be on standby from 5 p.m. to 7 a.m.