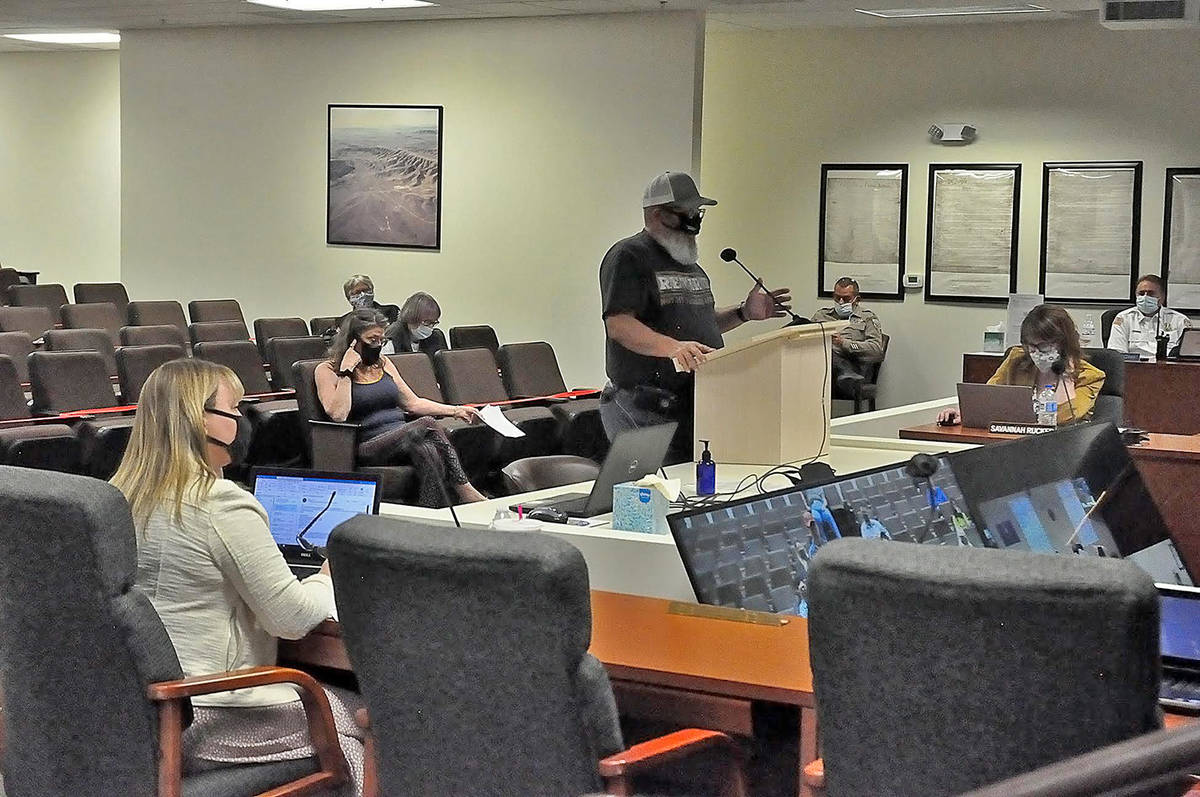 On Tuesday, April 6, the Nye County Commission, after several hours of public comment and debate, voted 5-0 to approve fully reopening Nye County and its businesses and essentially doing away with the mask mandate.

As approved, the agenda item was to, “1) Fully reopen Nye County to 100% occupancy; 2) Based on CDC guidelines, recommend but not mandate mask wearing in Nye County. Nye County will not violate a citizen’s constitutional right if wearing a mask is against their religion, or they are exempt per the governors directives.”

In addition, the Nye County Commission also approved a resolution requesting that the Nevada Legislature use its powers to terminate the declaration of emergency that was issued by the governor more than a year ago. Though there is little likelihood of this happening, as Republican members of the Democrat-controlled legislature have already repeatedly attempted to have such a bill come up for a hearing without success, commissioners voted unanimously to approve the resolution so as to make Nye County’s position on the matter clear.

The state will hand over control of mitigation measures to Nye County, and counties across the state, on May 1.

The face covering and mask mandate will remain under state control.

Nye County will review the reopening plan at its April 20 meeting.

Readers can look for full coverage of these two topics in an upcoming edition of the Pahrump Valley Times.