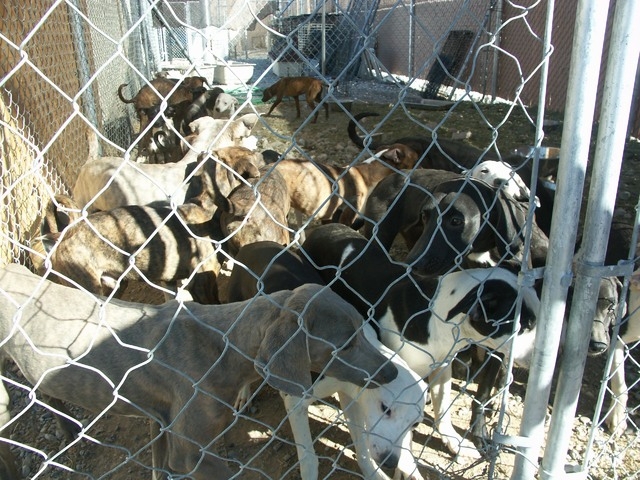 Tails End Animal Shelter Director Susan Cronin said she was blindsided this week after learning the Nye County Board of Commissioners will not renew the shelter’s $225,000 annual contract due to budget cuts.

Nye County Commissioner Frank Carbone said county officials are working on a plan that would allow the town of Pahrump to shoulder the costs associated with running the animal shelter, provided the town’s finances can support such an action.

The plan would also include the town of Tonopah shouldering the cost for its animal shelter.

“We have to go to each of the towns and see if they are capable of taking it over,” Carbone said. “We will then sit down and look at our finances from the town’s standpoint and ask, are we capable of making that happen? I will say it’s not going to happen overnight.”

Nye County Manager Pam Webster said the issue is being discussed this week at a county staff meeting, while noting the town of Pahrump is able to cover the cost.

“The town budget can handle the cost to manage the shelter in light of cost savings initiated since the County Commissioners became the governing body,” she said. “I have not had communication with town staff yet, due to the decision made so recently.”

Cronin and county officials agreed to an initial contract in April when Cronin’s Tails End Animal Shelter assumed the duties of the Nye County Animal Shelter.

The news could not have come at a worse time, as the normally overpopulated animal shelter recently received 67 dogs and two cats last week from a residence in Tonopah, the most it has accepted at one time.

Cronin said though she was aware of the county’s bleak financial situation, she did not know just how dire it actually was.

“I guess that means they are not renewing our contract,” she said.

The County Commission approved a series of service cuts, including the animal shelter subsidy, totaling approximately $2.3 million. The county is facing a $2.5 million budget shortfall for the fiscal year ending June 30, and as much as a $3.2 million for the next budget cycle starting July 1.

Nye County Emergency Management Director Vance Payne said the action of shutting down an animal shelter within the community shows just how grim the situation is at present.

“Clearly, there’s going to be a big challenge involved if there is no animal shelter in Pahrump,” he said. “I’m just trying to think outside the box, but we do have 20-plus animal rescues here in town. I don’t know if they would take the animals in, because they don’t adopt animals from us now.”

Payne said there are many private shelters around the state that appear to be thriving.

He said that non-profit facilities can provide much better care for the animals when compared to a shelter run by local government.

“If you look around in the northern part of the state, in Washoe County, you’ll find that a lot of the best and most flourishing animal shelters around are non-profits,” he said. “The community isn’t running it, because the non-profits, generally, have more capabilities than a municipality has. If you go up to the Truckee, Tahoe area, their animal shelter is nicer than most people’s homes that I know of. It’s spectacular, and it’s done completely and totally through a 501c3.”

Payne also had praise for county staff who are doing more work with fewer resources due to the budget cuts.