Las Vegas COVID-19 downturn stretches to a month
By Mary Hynes Special to the Pahrump Valley Times
August 4, 2022 - 10:36 am 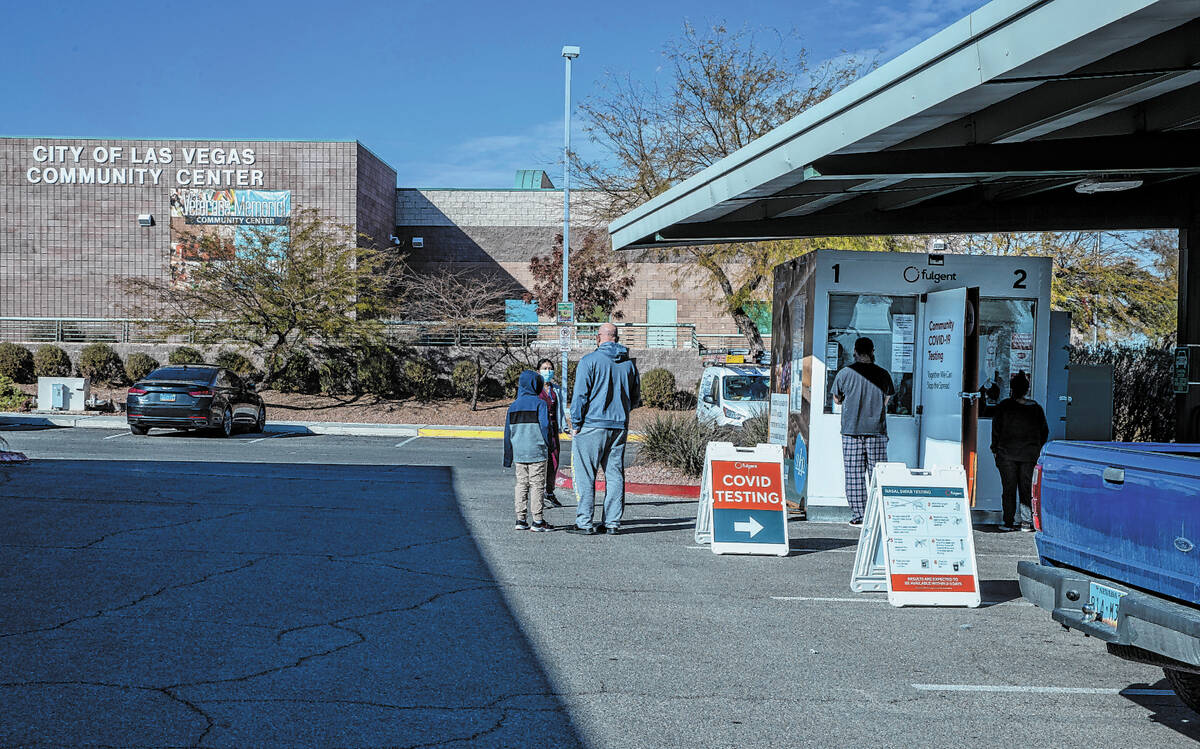 The COVID-19 downturn in Nevada has now stretched to a month, with data released Wednesday showing continued declines in hospitalizations and cases.

COVID-19 hospitalizations in Clark County where most of Southern Nevada’s seriously ill patients are treated dropped to 285 from the previous week’s 349, according to data from the Nevada Department of Health and Human Services. In the past month, hospitalizations — considered one of the best indicators of disease trends — have declined by 34 percent.

Statewide, hospitalizations dropped to 378 from 447 in the past week.

The seven-day average of new cases in Nye County was eight, as of Wednesday. Cases statewide dropped to 550 from last week’s 703.

For example, they generally don’t include positive test results from at-home rapid tests. But they are useful in showing trends.

The two-week daily average for COVID-19 deaths remained at two for both the county and state.

Despite the downturn, COVID-19 levels remain high based on numbers of hospitalizations and cases, according to the Centers for Disease Control and Prevention. Forty-six percent of U.S. counties, districts and territories continue to have high levels of the disease.

Omicron subvariants such as BA.5 triggered the most recent wave of COVID-19 infection that has been receding in the county and state.

Because Nevada was hit by the wave earlier than much of the country, the wave is receding here sooner, as there become fewer people left to infect, according to Brian Labus, an assistant professor of epidemiology and biostatistics at UNLV’s School of Public Health.

Public health officials are reluctant to predict how long any downturn might last, but they note that the cycle of the pandemic so far has been one of cases staying low until a new variant emerges that is better able to evade built-in immunity from vaccination and prior infection.

Nationwide, the seven-day daily average of new COVID-19 hospital admissions increased by 1.7 percent to 6,340, according to data from the CDC.

The average for daily deaths declined by 4.8 percent to 364 per day.

Nationwide, there have been 91.5 million total cases and more than 1 million deaths.